Cultural appropriation is about power

What many commentators miss, however, is the power differential in cultural appropriation. People forget that we are living in a postcolonial world, where non-European cultures are still routinely dismissed as “primitive”, “backward”, reactionary, and hidebound by tradition, and European culture is presented as the norm, and an ideal to live up to, despite its over-consumption, cycle of boom and bust, and exploitation of other parts of the world in order to maintain the expensive western lifestyle.

In countries with a majority white, western, Christian population, European cultural norms prevail. The rituals, clothing, and even hairstyles of other cultures are seen as outside the norm, “exotic”, and “primitive”.

Being regarded as exotic makes the products of other cultures ripe for commodification and packaging up as a consumer good. Consider the late 18th century and early 19th century craze for Chinoiserie. Lots of people made a lot of money out of that one. But it didn’t help actual Chinese people trying to survive in Western culture – they were labelled strange, weird, foreign, the “Yellow Peril”.

Either way, the economic power, social power, and cultural prestige of the European hegemony massively dominates the world in terms of what is seen as “normal”. In the religious sphere, Christianity is seen as the norm, and everything else (including Pagan religions) is seen as exotic and/or primitive. In the economic sphere, capitalism and commodification are seen as the norm, and other systems of exchange are seen as exotic and/or primitive.

This situation creates a massive imbalance where the products of other cultures are trivialised, fetishised, and repackaged as consumer goods for the amusement of Europeans.

Consider the way in which Hallowe’en has been commercialised, commodified, and trivialised, and you can imagine how people from other cultures feel when their treasured traditions, clothing styles, and rituals are repackaged as consumer items.

“Oh but I don’t mind the commercialisation of Hallowe’en”, I hear you cry. Fine – now imagine that it is on top of your land being taken away, your ancestors being enslaved and murdered, your economic, employment, and housing chances being severely limited by systemic racism – are you angry yet? (Oh wait, our pagan ancestors were killed for their beliefs – albeit a long time ago.)

So, if a person from another culture adopts a European practice or personal adornment style, they may be doing so in an attempt to gain some of the economic and cultural leverage that they lack; whereas if a European-ancestry person adopts a non-European practice or cultural adornment style, they may well be doing so because they want the “exotic” or “primitive” glamour conferred by it, which is why it is often disrespectful and erasing of the other culture, because it contributes to the “othering” of that culture.

In Morris dancing, the origins of black face paint may be because Morris dancing was originally an imitation of Moorish people brought back from the crusades; or it may be because the dancers wished to disguise themselves, and using soot to ‘black up’ their faces was effective as a disguise; or it may have been an imitation of miners and/or chimney sweeps, whose faces were black because of coal dust; or it may have been copied from vaudeville blackface; or it may have been a combination of all of these. It does seem likely that the introduction of black-and-white minstrel shows to England gave fresh impetus to Morris blackface. Therefore, many Morris sides have modified their face-paint so that it does not resemble vaudeville blackface quite as much; or they explain the miners / chimney-sweeps / disguise theory before they begin their performance.

This unequal power dynamic does not mean that we can never do anything associated with another culture; it does mean that we should approach other cultures with sensitivity and tact, and if we are told to back off, we should back off.

I don’t think that worshipping a deity from another culture is wrong – deities have migrated from one culture to another for millennia. I do think that it is disrespectful to take someone else’s ritual to that deity, or any ritual, rip it out of its original cultural context, and plug it into your own cultural context without regard for the differences between the contexts. The same applies to clothing styles, hairstyles, and artefacts which may have specific meanings and be associated with specific identities, especially if those identities have been crafted in resistance to European cultural hegemony, or are expressions of the sacred in a particular context. When the artefact, clothing, or hairstyle is ripped out of its context, the original meaning can be lost, diluted, trivialised, or erased. 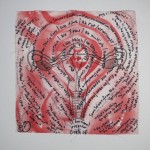 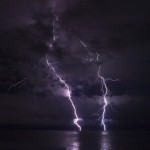 October 7, 2015 Polarity and Diversity
Recent Comments
0 | Leave a Comment
"Very well said!"
Ivan Matthews Theology Is Not Religious Studies
"Yes it's very cool that it exists but it's not the only book on the ..."
yewtree Review of Queer Paganism by Jo ..."
"Cool that this exists"
James Review of Queer Paganism by Jo ..."
"Yes, Liz is a friend of mine.I think you need a manual and works of ..."
yewtree Imagining Other Possible Worlds
Browse Our Archives
get the latest from
Pagan
Sign up for our newsletter
POPULAR AT PATHEOS Pagan
1 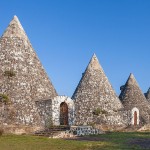