The Lammas thing doesn’t work so well around here.

Let me explain.  The Okanagan Valley — and in particular, my home, Vernon — runs along the 55th Parallel.  We don’t get to do most of our major planting until Victoria Day (that’s about Memorial Day for you Americans).  It’s just too cold before that for anything but spinach, etc.  Then it gets hot in the summer.  Really hot.  Damn hot.  The spinach and the lettuce bolt and watering is a major task.  So the corn generally isn’t ready up here until about three weeks after Lammas.  Neither are any of the other grains.  (Though you do start to see “Corn Barn” drive-through setups from the Lower Mainland up here about now.)

That’s not to say that the harvest season hasn’t started.  The berries have all been and gone by now, the sunflowers are starting to seed, and the apricots are in their full glory.  The alfalfa’s been cut for the horses, and the local “green” harvest (probably about a third of BC’s economy, not that anyone will ever admit that in public) is beginning.  So celebrating harvest isn’t inappropriate.  But there are no wheat sheaves to lay on our altars.  (That’s Saskatchewan, and I’m not sure they’re even ready for that yet.)

Not to mention that most of us live in cities anyway.  Actually, “Pagan” is kind of a misnomer; statistically we’re more likely to live in cities than in the country (probably because it’s easier for us to find each other in urban areas).

“Corn” used to mean the major grain crop.  In some areas it was rye, in some it was wheat, and in others it was barley.  In some places it’s rice, canola or couscous.  What we in the Americas know as corn — maize — was part of the Colombian food exchange, so it isn’t wasn’t a “major crop” until fairly recently.  Corn, as it was meant in all the folk songs, is your staple food; or your “daily bread,” to borrow from the Christians.  So what is your daily bread?

Lammas celebrates the harvest, which is the reaping of the fruits of a major undertaking.  So what’s your harvest this year?  For some of us it’s making a livelihood; for others, it’s growing a family; for others, it’s a successful career.  What major undertakings have you succeeded at this year?  And what do you have to be thankful for in your life?

A Personal Harvest Ritual for Lammas

On the day you celebrate Lammas, you will need:

Isis, Osiris:
We thank You for the fruits of our livelihood!
Please accept this token of our gratitude
For what we have received.
Blessed be!

Make your offering.  In my case I will burn kyphi incense, anoint the statues with oil, or pour a libation.

Place the symbol of your harvest before the deities and address Them as appropriate.  Example:

I have asked for the help of diverse deities in achieving my harvest this year,
And my harvest has been achieved.
To Papa Legba, I thank You for opening the ways!

Drumming, smoking a cigar and spraying Florida Water in offering.

I have asked for the help of diverse deities in achieving my harvest this year,
And my harvest has been achieved.
Hermes, thank You for opening paths before me
That others may not have seen.
Io! Evohe!

To the gods of the harvest and the gods of prosperity
Thank You for bringing this to fruition.
Blessed be!

(Yes, this is a very eclectic mix of customs and pantheons.  That’s because I work with gods of different pantheons and I try to address Them in a way that shows a modicum of respect for Their culture of origin, but I’m a witch so I keep it simple.  If you have a problem with that, that’s your problem.  The gods don’t seem to be objecting.  You don’t have to do it this way: it’s an example.  Moving on.)

Address the deities you’ve chosen to work with, and promise Them that the money you have decided to part with will be donated to a charity They would approve of.  View it as the Pagan equivalent of tithing.  Example:

Isis and Osiris:
Because You would feed the hungry,
I will donate this money to my local food bank
In Your honour.

Papa Legba:
Because You love the people of Haiti,
I will donate this money to Water for Haiti
In Your honour.

Hermes:
Because You break down barriers
And because You are a healer,
I will donate this money to Doctors Without Borders
In Your honour.

I thank You for all that you have given me,
And I hope to give back a small portion in this way.
Blessed be!

Eat your food and leave a portion of it for the deities you’ve been working with, and for your household spirits.  Close the ceremony as you usually would and dispose of your offerings in your usual way.  And keep your promises of donations!

Here’s a Lammas-themed playlist on YouTube for you to enjoy.  Happy Lammas / Lughnasadh / Freysblot / Harvesttide!  And Beltane Blessings to those in the Southern Hemisphere! 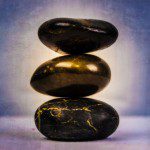 July 22, 2015
Witches Don't Whine: A New Exegesis of the Wiccan Rede
Next Post 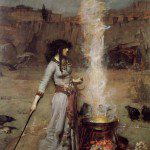 August 1, 2015 The Magical Battle of Britain
Recent Comments
0 | Leave a Comment
Browse Our Archives
Related posts from Between the Shadows