Seekers and Guides: Magick with a K

So you’ve probably seen this before, and you may be wondering; why do some of us spell “magick” with a K?

Thorn Mooney has a theory.  I saw this on her Twitter a few days ago:

I like Thorn.  She’s funny and she’s smart and she’s sassy.  It does sound a little silly, doesn’t it?  I mean, we all know that Aleister Crowley started spelling magic with a K to differentiate it from the art of stage illusion and fairy dust; which, to our modern mind, seems patently ridiculous.

I wrote in my book The Witch’s Eight Paths of Power that in order to be effective at magick, you’ve got to trick the subconscious mind into cooperating.  Because it often doesn’t.  We’ve been told our whole lives that magic isn’t real; that changing the universe with the force of our own Will is a daydream; that such things just aren’t possible.

I’m not an initiate of the Feri tradition, but I’ve heard this theory 1from a variety of sources which, by the process of elimination, have Feri as the common thread, so I’m going to assume that’s where it comes from.  They speak of the Three Selves (also something I wrote about).  We have Talking Self (loosely corresponding to what Freud would have called the Ego), which is our speaking, interacting self; Younger Self (loosely corresponding to what Freud called our Id), which is our subconscious, playing, feeling, experiencing self; and Higher Self (more or less Freud’s idea of the Superego), which is the part of us that relays ethics, conscience, and which many believe is the Divine Self that survives our death and is intrinsically connected to the Divine.  Now the problem is this: Higher Self can speak to Talking Self and Younger Self, and Talking Self can speak to Younger Self, and Younger Self can speak to Higher Self, but Talking Self cannot speak directly to Higher Self.

Talking Self wants a lot of things.  Talking Self is generally driving the bus that is our composite soul (or psyche) when we are in three dimensions.  But in order to ask Higher Self to get it, Talking Self must get Younger Self to translate.

This is why we need to do what, from a different perspective, might seem like a bunch of silly bullshit in order to “cast a spell.”  We need to enlist Younger Self.  And Younger Self doesn’t understand essays.  She speaks in colours, and feelings, and smells and touch and songs and little verses.  This is why Doreen Valiente told us that the spell should be “spake in rhyme.”  This is how you get the message across to the little child that is our only means of telling the Divine what it is that we think we need and making it understood.

Some say you don’t need all the silly bullshit.  You probably don’t.  But the problem is that the Law of Attraction people think it’s easy.  Maybe some people find that easier than others.  I personally think that people born to a life of privilege have an easier time of it than poorer people (or maybe they just have rich friends and parents who take care of those kinds of needs for them, while others do not); and I think that the young have an easier time of it than the old (or that could just be that life hasn’t usually had as much time to throw shit in their faces yet).

I’m 41 and I’ve had a pretty rough blue-collar life that would probably make a good made-for-TV movie.  I find it pretty difficult to engage the Power of Positive Thinking ™ because I’m pretty sure the gods are out to get my ass.  And I know my life has been a cakewalk compared to that of many millions of others, and I’m not fighting any sort of fascist tendency to think that this is because they’re not believing hard enough.

Easier for me to trick Younger Self into cooperating with my magick (note the spelling), rather than trying to fight her despair.  Sometimes, doubt, fear, scorn and other negative associations with a word, a phrase or an idea make it difficult for a Witch to get out of her own way.  One of the ways to do that is by changing the language.

Most simple words are not simple, especially when you consider all the possible context and all of your subconscious associations with those words.  Take “love” for example. “Or “money”. Or even “authority.”  When you use those words to communicate with Younger Self, Younger Self is aware of everything you’ve ever thought or felt about that word, no matter how deeply that’s buried, and she thinks you want all of those things rather than a particular meaning, because she doesn’t have much discernment.

Well, “magic” might not exist.  “Magic” is David Copperfield and Harry Potter.  Certainly people told me often enough as a child that it wasn’t real.  And so some part of me will always doubt. 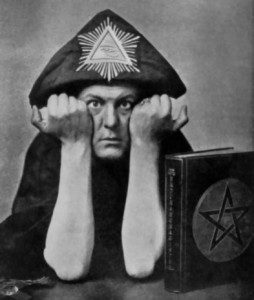 Crowley was a showman and likely a sociopath and he probably did spell “magic” with a K so that he could sneer at illusionists.  But he was also a magickal genius.  His rituals are effective, and you know what?  As weird as it might feel at first to be intoning stuff in ancient and nonsense languages that sound like bad 1970s horror movies . . . it works.

By the simple virtue of changing “magic” to “magick” I no longer find myself fighting the ghosts of the many grown-up voices from my past who sneer and heckle.  As a result, my magick has been fairly successful.  I’ve had a lot of misfortune, but I’ve also been very fortunate in many ways, and often spellwork has had something to do with that.  I bow in deep gratitude to my Deities for this, but in part it’s also due to the magick They have allowed me to learn.

So laugh at me if you like, Thorn, but “magick with a K” is working for me.  So I think I’m going to keep doing it Old Skhool.

By the way — maybe Amber K has a difficult to pronounce surname that starts with a K.  Something Polish maybe.  Just sayin’.  And if anyone wants to know more about language and symbolism in magick and how and why it works, read chapter three of my book. 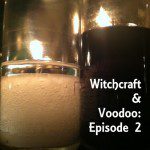 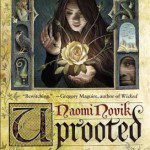