Every now and then my Pagan spirituality is inspired by the wonders of the Sacred Universe.  Let me share my wonder with you!

Want a perspective on what flying through space might actually look like?  Here’s one project to give you an idea.  Working on the knowledge that radio waves travel at the speed of light, this simulation shows you the local neighbourhood near Earth (excluding exoplanets) up to the limit of the first Earth radio broadcasts; up to 110 years ago (as of 2015).

Things I learned from this:

Here’s a preview to show you what it looks like: you can find the simulation itself at Lightyear.fm.  Note that if you hover your cursor over each celestial body (save the Earth, the Moon and the Sun) it will tell you what it is and how far away from Earth it is.  Enjoy the simulation!

Lightyear.fm – An interactive journey through space, time, & music from chris baker on Vimeo. 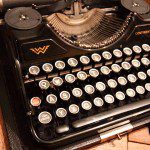 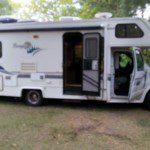 December 9, 2016 A Quest for Canada: Trans-Canada on the Prairie
Recent Comments
0 | Leave a Comment
Browse Our Archives
get the latest from
Between the Shadows
Sign up for our newsletter
POPULAR AT PATHEOS Pagan
1

She's Wiccan
Raise the Horns
Related posts from Between the Shadows

The Corner Crone: Ready or Not, Here Comes...
As the Spring Equinox approaches it feels as if I need to...
view all Pagan blogs
What Are Your Thoughts?leave a comment
Copyright 2008-2020, Patheos. All rights reserved.