So You Want to Write a Novel (Week 2): The Slog #NaNoWriMo

I’ve really been struggling this week to make Word Count for National Novel Writing Month.  Sometimes the writing comes easily, as though you’ve drawn down the moon and the story is being channeled through you like the words of the Goddess.  Sometimes it’s like beating your head against the keyboard.  This week is one of those weeks.

This is the place where a writer often becomes her own worst enemy.  It’s easy to talk yourself out of such an ambitious project.  You tell yourself that you don’t have the time.  You convince yourself that it’s all crap anyway (and it can sure feel like crap when it’s going so slowly!)  You question your plot, direct a whole lot of frustrated antipathy towards your characters for being so boring, and essentially just second guess everything you’ve done up to this point.

I’m here to tell you not to give in or give up.

Every writer feels like this at some point.  Every one.  If writing were easy, every idiot could do it.  If writing weren’t challenging, we would all rise to the challenge.  You want to know what all your favourite writers did that you haven’t done yet?

The first draft is always crap.  Just read some of the self-published stuff on Amazon when the writer didn’t get an editor and you can see this.  It’s one of the reasons that traditional publishing still has an edge, even in the age of CreateSpace.  An editor turns your half-baked idea into a marketable product that people might want to read.

So don’t worry about that right now.

My particular challenge is that I’m writing a character-driven plotline that’s mostly about suspense and mystery, when I’m used to writing high action pieces.  I’m also writing a really scientific storyline where the technology and the science drive the story, and because I’m not an astrophysicist or a geologist, this requires an awful lot of research.  That slows me down.  I might have been tempted to throw in the towel, believing that both things are just too much for me, and I am writing above my abilities.

But that’s the thing: writing is a craft that you can only learn by doing.  If I want to learn to write such plots, I just have to write them.  I can go back and fix it all later if I need to.  That’s why I use National Novel Writing Month as a vehicle.  The key is just to get the words down, and sort them out later.

If you are suffering from writer’s block, maybe it’s that you have some real issues with your story, your characters, your plotline.  Maybe you thought you knew what you were doing and the plot went off in a totally different direction.  That’s really okay.  Go back and regroup.  But don’t delete anything!  You never know when something you didn’t think you were going to use can prove useful.  A lot of stuff that I cut from The Witch’s Eight Paths of Power has ended up in the more theology-based book on Wicca that I’m writing now.

If you’re really lost, this article on writing triage may staunch a lethally bleeding wound in your work.  You can always try using random elements as well.  Introduce a scenario, for example, and then roll dice to see if it will turn out for the best (double sixes,) the worst (snake eyes,) or something in between.  Then go with it!  I once resolved an entire combat scenario by rolling D&D dice.

Failing everything else you can always try to write the ending first and reverse-engineer your story; or write those scenes that keep coming back to you before anything else.

Another helpful tip: keep a notebook where you write down important things like every detail you know about every major character (ie. Leah does a regular morning meditation practice with the protagonist, is First Nations, and doesn’t drink alcohol).  I do this in a traditional lined notebook which I carefully select for its inspirational value to my story before I even start writing.  This year I’ve also discovered the benefits of OneNote, where I’m keeping links to important research info on tabbed virtual post-it notes instead of wasting time by copying it out or keeping a list of confusing bookmarks in my browser.  Sometimes those links are inspirational: I’ve watched about twenty YouTube videos this year on the Oort Cloud and astrophysics; fascinating stuff!

If you need a break, take one; just limit the time that you’re going to take a break for.  Make sure it’s no more than an hour or so at a stretch.  Take a walk, go for a drive, or just do something that has not a single thing to do with writing.  Relieving the pressure will sometimes break through the wall.

Just find a way to keep at it.  Reward yourself merely for sitting down at the keyboard; you’ve already won half the battle!  And if you keep doing that, whether you reach your Word Count goal or not, eventually the book will get written.  How do you eat an elephant?  One bite at a time! 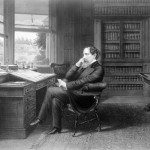 November 5, 2016
Ten Tips to Help Get That Novel Written! Week 1 of NaNoWriMo #DoubleUpDay
Next Post 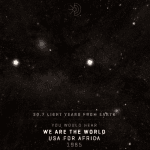 November 19, 2016 Sacred Universe: Lightyear FM
Recent Comments
0 | Leave a Comment
"Take heart, Woods! I think people are finally angry and scared enough to get their ..."
Sable Aradia Dear Greta Thunberg
"You did make a difference, as did the Baby Boomer generation (who first brought attention ..."
Woods Wizard Dear Greta Thunberg
"I really like your text. I am happy to note that on the other side ..."
Seren The Star Goddess
"Very spot on review of Circe. This was one of the few books I read ..."
Michelle Gillian Pagan Book Review: Circe by Madeline ..."
Browse Our Archives
Related posts from Between the Shadows