I’ve always wanted to be a writer.

I was ten years old when I knew it.  I was driven with a passion for creating stories.  I liked going away to other worlds and I liked taking other people with me for the ride.

It didn’t hurt, I suppose, that my pump had been primed.  I was reading by the age of two; when I ran out of stories and couldn’t wheedle the adults into telling me more, I started making up my own.  I remember being four years old and telling my grandfather (well, my great uncle really; but that’s the role he had in my life and he was the man who raised my father; so) a story about the sun and the moon while he sat in his recliner, using bright orange 1970s melmac coasters as a visual aid.

My favourite activity in kindergarten?  Dictating a story to the parents who came in to act as teachers’ aids.  In grade one I used my journal to write stories, songs and poetry, despite the protests of my teacher; also, my school librarian, a very geeky man named Mr. Walter, wisely realized that I was well beyond “see Spot run” and granted me access to the intermediate books; a few years later I was voting in the Newbery Awards.  In grade three my teacher, Ms. Leahy, gave me a beautiful notebook at the end of the year in which she compiled all of the poetry I’d written in my journal.  I still have it.  In grade six I won a provincial writing contest about Remembrance Day sponsored by the Legion; the same year, my mom got me an adult access card at the local public library.  In grade nine I won a poetry competition at my school and I still have the books that were the prizes (my poem was about a vampire so my prize was a book of classic English ghost stories; that’s a gift that kept on giving!)

But I lost my way in high school.  I experienced bullying through most of my childhood and a strained relationship with my bipolar (and misdiagnosed) mom; by fifteen I was anorexic, bullemic, chronically depressed and suicidal.  I had completely absorbed the rhetoric of “Yes, writing’s fine but it’s not a real job; get paying work and do that on the side,” and my experience with Writing class in grade eleven strongly reinforced the idea that yes, this was just going to be a hobby.  Furthermore, I wasn’t good enough to do well at it anyway.  What if somebody didn’t like my work?

Not having the money to go on to college and not having earned any scholarships due to the crushing weight of my high school depression, even though I was on the road to recovery, I had no real future set out for me.  Further, it was the Great Recession of the 90s; I was Generation X, and I struggled from one minimum wage to another less-than-minimum wage job for years, pawning things every winter to pay the heating bill (and once was unable to, and nearly died of pneumonia).

By the time of my husband’s car accident I was delighted to have landed a full time minimum wage job where I was emotionally abused on a daily basis by co-workers, boss and customers because I just wanted to eat things that weren’t rice and ramen once in a while.  It was a graveyard shift job so I took a correspondence course in herbalism.  I did a lot of reading.  And I started writing again; just a little.

The accident was a wake-up call.  It told me, in no uncertain terms, that life was too short to waste on not being happy.  With lots of time to do nothing but sit at a hospital bedside, I started writing again, just a little bit.

I came up with this idea for a book about magick; and then it occurred to me that the Eightfold Way was the ideal structure.  I laid out eight chapters and started thinking about how I would put it all together.  In between running my metaphysical store I would go to a friend’s house once a week and we would spend two hours writing.

It was a start.

For a couple of years I’d heard about National Novel Writing Month.  I thought about participating in it but wasn’t sure I could handle it.  The goal is to write 50000 words in a month.  That’s a lot of work!  Would I have time, in my busy life, to pull it off?

NaNoWriMo has helpful suggestions when you sign up to their site.  For example, they tell you that in order to succeed, you must make an average quota of 1667 words a day.  Every day.  If you fall too far behind, you will fail.

NaNoWriMo got me into the habit of regular writing.  They say that it takes 21 straight days of doing a new routine to make it a habit.  Armed with that knowledge, I went to work on my witchcraft book, with a much more realistic (and less disruptive) goal of 1000 words a day.  And two years after I started that, I found myself looking at my computer screen and realizing that it was, indeed, finished.

It was the moment of truth.  I was terrified of rejection, but realizing I would get nowhere unless I tried, I submitted it to a publisher.  I chose Weiser Books because they had the best combination (in my opinion) of good reputation and wide distribution.  I expected a rejection slip; maybe, I hoped, with some suggestions for improvement.

I didn’t get one.  My book was accepted!

A two year editing process ensued before the book saw the light of day.  But it’s out there.  I was paid an advance and I don’t want to jinx it, so I can’t say for sure, but it looks like I might have paid that off (keeping my fingers crossed!)  Through Weiser I got a gig writing a column for Agora here at Patheos Pagan and a column at PaganSquare.  Now, I have this blog.  I also have a story published in a speculative fiction magazine (related to the 2010 novel), a couple of articles in Circle Magazine and one in an upcoming edition of Witches & Pagans Magazine.  I also have rejection slips from a handful of speculative fiction magazines and from Baen Books.

Now granted, I was really lucky here; I know it.  But I’ve learned some great lessons:

November used to be a mire of misery and depression for me; but now, it’s my favourite time of year!  This year I’m using National Novel Writing Month to write the next witchcraft book.  You can keep track of my progress at my NaNoWriMo participant page.  But here’s a cool counter graphic that you can also check if you’re interested:

Thanks to Jen McConnel for her article on Conjuring Words (writing as a form of magick) for inspiring this article; and good luck to her, and to Tom Swiss, also a fellow Patheos writer, since they are both also doing NaNoWriMo this year.

* Personal aside: I am now offering an online course in the Witch’s Eight Paths of Power.  Here’s the link if you’re interested. 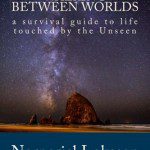 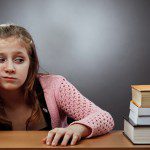 November 24, 2014 Seekers and Guides: The Inconstant Student
Recent Comments
0 | Leave a Comment
"Take heart, Woods! I think people are finally angry and scared enough to get their ..."
Sable Aradia Dear Greta Thunberg
"You did make a difference, as did the Baby Boomer generation (who first brought attention ..."
Woods Wizard Dear Greta Thunberg
"I really like your text. I am happy to note that on the other side ..."
Seren The Star Goddess
"Very spot on review of Circe. This was one of the few books I read ..."
Michelle Gillian Pagan Book Review: Circe by Madeline ..."
Browse Our Archives
get the latest from
Between the Shadows
Sign up for our newsletter
POPULAR AT PATHEOS Pagan
1

5 Ways to Get Off of...
John Beckett
Related posts from Between the Shadows