Book Review: The Year of the Flood by Margaret Atwood

The Year of the Flood by Margaret Atwood
My rating: 5 of 5 stars

This book is part of Margaret Atwood‘s MaddAddam trilogy, and it runs concurrently to Oryx and Crake, which I read and reviewed earlier this year. As others have observed, it suffers by comparison, but that’s probably not fair. If it were taken entirely on its own it would have been mind-blowing, but because we already know so much of the story from Oryx and Crake it’s merely awesome.

This read to me a lot like what would happen if you crossed Stephen King‘s The Running Man and The Stand with The Island of Dr. Moreau, except with female protagonists; a younger woman named Ren (who tells us her story in the first person) and an older woman named Toby (who tells us her story in the third person personal,) who at one point were both part of a religious group called God’s Gardeners. A third protagonist, whose voice emerges as sermons that separate the chapters, is Adam One, the leader of the God’s Gardeners sect that these women are (or were) a part of. It’s basically their story of how they survive. While the absurdities of life and the raw humanity of the characters will remind a King reader of his style, Atwood differs considerably from King in her tone. King’s characters are like people under way-too-bright lights; their flaws are glaring and jarring. Atwood portrays her characters’ flaws as intentional shadows and shading that make the whole more beautiful, like a well-constructed painting. Though there is some pretty bald-faced evil in this book, and some really nasty people who do terrible things; yet Atwood somehow succeeds in making you pity them a little too.

Readers who were fans of Oryx and Crake will be entertained by the many ways in which the lives of Crake and Jimmy (Snowman) intertwine in and out of the lives of the protagonists of this novel, and they might also appreciate how many of the mysteries of the first novel are explained in this, the second. Or they might regard it, as one reviewer put it, as “someone turning on the lights after a really good ghost story.” Honestly I don’t think that’s a bad metaphor, but I don’t see it as a bad thing. It really is like that. Oryx and Crake was horrific and bleak. The Year of the Flood restores our hope that humanity just might make it despite itself.

I think one of the most interesting things about this book was the depth of culture that was created for the God’s Gardeners. Part Humanistic Christian, part Neo-Pagan, part New Age hippie and part Earthseed, the God’s Gardeners hold to a theology in which ecology and the natural cycles of life and death, plus the Earth and all its creatures, are sacred. They remind me of the more dedicated spiritual ecologist types that used to shop at my metaphysical store, and I myself know many of the nearly-lost skills that this sect, obviously regarded as quaint weirdos until a splinter cell dabbled in eco-terrorism, teach. I love that they have made people who were, or are, champions of ecology, peace, and peaceful courage into saints; among them Gandhi, Dian Fossey, David Suzuki, Karen Silkwood, and Terry Fox, to give a few examples who stuck out for me because they are heroes of mine.

She even wrote hymns for the Gardeners based on Anglican and United Church hymns. What’s fun is that I found myself thinking, “These are actually pretty cool. With a little adjustment they would work for Pagan rituals. I should find out which hymns they were based on and write some music for them.” Turns out I don’t have to, because someone else did, in a CD called “The Hymns of God’s Gardeners,” which you can buy on Amazon or listen to on YouTube. And Atwood invited anyone to freely use them for “amateur devotional or environmental purposes” in her Afterword. Thank you, Ms. Atwood; expect this Canadian witch to take you up on it.

I have three – no, four – complaints, all of them minor and none of them a deal-breaker. The first is that I would really like to read just one post-apocalyptic story in which the women do not get raped. This is becoming so much a part of post-apocalyptic literature that I think men are going to start planning on it as part of their preparations. “Okay, we have to stockpile canned food, water, ammunition, and women for the harem.” Listen; all men do not turn into roving rapists as soon as disaster strikes. And while I’m on this subject, it seems to me that Ms. Atwood doesn’t like men very much. Almost every male in all three of the books by her I’ve read thus far have been mostly jerks. I like the way she ultimately resolved it, though. I’m not telling you; that would be a spoiler. 😉

So those two complaints are related. The other two complaints involve reactions to the novel. The Globe and Mail is quoted on the front of The Year of the Flood, calling it “A work of fearless imagination.” Which implies that it’s totally original and one-of-a-kind. It’s not. It’s great, don’t get me wrong! I’m definitely a fan and I think I’m going to make a point of reading everything Atwood has ever written now because I love the way she writes, but nothing Atwood has done in this novel is anything that hasn’t appeared in science fiction before. Genetic engineering, dystopias, post-apocalyptic disaster scenarios, weird creatures, new forms of humanity, strange religious sects, eco-terrorists, climate disasters and evil, all-controlling corporations that run everything while humanity indifferently just tries to keep its head down instead of stopping it; none of this is new. It’s all been done before. The key here is just that Atwood does it really well!

Which leads me to my final complaint. Once again, Atwood does not want to admit that this is science fiction. I watched an interview with her on YouTube about this book, and what she said this time was that she didn’t want to be accused of false advertising. She didn’t want people to think there were going to be “Martians and galaxies” because there aren’t.

Well, she may not want to call it science fiction, but we know it when we see it. Personally, I think she ought to be awarded the Nebula for Best Author and the Hugo for Best Novel. It would be fun to watch her squirm, figuring out how to maintain her ultra-literary reputation without alienating 75% of her readers.

Okay; but aside from how angry that personally makes me, this is a beautifully rendered world, rendered in even more detail, with compelling characters and a gripping story and liquid prose that kept me turning pages until there were no more pages to turn. I loved it, and I can’t wait to read the final chapter, MaddAddam. 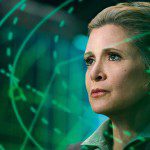 December 28, 2016
When I Grow Up, I Want to Be Princess Leia (RIP Carrie Fisher)
Next Post 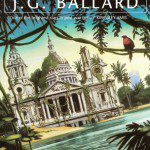 January 15, 2017 Book Review: The Drowned World by J.G. Ballard
Recent Comments
0 | Leave a Comment
"Take heart, Woods! I think people are finally angry and scared enough to get their ..."
Sable Aradia Dear Greta Thunberg
"You did make a difference, as did the Baby Boomer generation (who first brought attention ..."
Woods Wizard Dear Greta Thunberg
"I really like your text. I am happy to note that on the other side ..."
Seren The Star Goddess
"Very spot on review of Circe. This was one of the few books I read ..."
Michelle Gillian Pagan Book Review: Circe by Madeline ..."
Browse Our Archives
Follow Us!

Witchcraft For Coping With COVID-19: Banish,...
Keeping Her Keys
Related posts from Between the Shadows