Sit for a Spell is Back!

Hey everyone! I’m bringing back my popular web series Sit for a Spell! This time I’m starting with a charm to get a job and simple charms to bring success! I’m going to transcribe each of these videos for the hearing impaired; the transcription of Episode 22 is featured below, and I’ll include the link to each transcription in future Patheos articles, which will be linked in the video description. Enjoy!

Sit for a Spell Episode 22: Get a Job Oil & Success Charms

Hello there, and welcome to Sit for a Spell! You may have noticed that it’s been quite some time since I’ve done one of these — literally a couple years. I’m not going to get into all of the details as to why, but I’m back, and I intend to renew these on a regular basis. I don’t know if I’m going to get back into doing them every couple of weeks right away. It may be once a month at first. But we’ll see how it goes! I’ll give it a try and see what happens. So …

One of the many reasons why I haven’t been doing these is that I needed to replace my equipment. I’m not wealthy, and I had a thousand dollar video camera I’ve been unable to replace since. So this is actually being filmed on my phone, which is now in high definition, and therefore, better quality than what I was originally filming in anyway. So I’m going to try a new way of doing this. Let me know what you think!

So today I’m going to show you a couple of quick charms for success, and I’m also going to show you a recipe that’s loosely based on a hoodoo recipe for something called “Solid Gold Job Oil,” which is kind of cobbled together from my memory and what I happen to have around the house. But that’s the beautiful thing about hoodoo; being a folk tradition, it’s eminently practical. So you can substitute for the most part and use what you’ve got to hand. So let’s get started!

So the simplest one comes to us from Celtic tradition, and that is, if you can find it, you can wear a four leaf clover around your neck! (So I don’t know if you can see … yes, there you go.) This charm was leant to me by my friend Blake who thought I could use some good luck!

So. Wear it around your neck, put it in a pocket, put it above the place where you sleep.

If you’re a believer in the magic of stones, then Citrine is a good one for financial success. It’s, uh … You put this in with the things that you would use to do your profession with. So, if you’re a writer, like me, you would put it on your computer keyboard; and you could also wear it in a pocket, or whatever.

And the other one is Larimar. Larimar is a little bit more expensive. It’s blue, and often has these brown thingies on it. You can also get it in — both of these stones, actually, in gem quality. And you can put … you know, this is the same thing. When I was reading Tarot, I would put this in the, uh … in my Tarot bag. when I went to go do that. I’m not currently doing that, but I would do it again.

Now, another good one that you can find around your house with kitchen herbs are bay leaves! And what I’m going to do with these is, I’m actually going to put them in my shoes. I would put them under the insole — I’ve got this, you know, orthopedic insole there — but you put one underneath; and that way it doesn’t rub against your foot while you’re wearing the shoe. … (And … then one here) … And just walk around with those, and it should bring you luck and success with every step that you take!

So for this spell, your absolute cannot-live-without ingredient is one gold ring. This can be old costume jewelry, an engagement ring that you don’t want to wear but never wanted to give back; whatever. This, I happen to have left over from when I owned my store. This is kinda cheap gold-plated man’s ring — which isn’t ideal; ideally, it should be as genuine gold as possible.  But like I said, hoodoo is eminently practical, and that’s what I’ve got, so that’s what I’m going to use.

You need a small glass jar. I had a … This was part of dinner last night, so this will be perfect. A little witch tip, everybody — keep your little glass jars, especially if they’re really small, because you will always, as a witch, find a purpose for these!

And then, a variety of herbs, is what I have on hand. The traditional one is called High John the Conqueror Root, or Jalap Root; and, that’s, you know, that comes … that’s the one that’s the most traditional in this. So I made sure I had some of this. But if you don’t have this, there’s other things you can use as well, and I’ll show you as we go.

So the first thing is that you put the gold ring in the jar. There you go.

You’ll need some of the High John the Conqueror Root. (Let’s see here … I don’t want to use that piece, it’s too big … Um … Can I get at the small one down there? … Bah …) The problem with this stuff is that it’s very hard and it’s difficult to grind up. Sometimes you can buy it in little pieces; as you can see, I’ve got some at the bottom, but I don’t necessarily wanna …

To this I’m going to add three of our wonderful bay leaves here. You can’t see, because for some reason it’s being uncooperative … There you go, bay leaves. Make sure you add whole ones. This isn’t going to do. It just doesn’t carry the same kind of magical properties. I mean, it’s fine for cooking, but it’s not ideal for this spell.

So after some difficulty here, I’ve managed to find three intact, small-enough bay leaves. You can use a bigger jar too, guys; it’s just that this is what I happened to have on hand, so … (Put those in there … there we go … Okay, and I don’t need that one anymore …)

Now … This is my ritual tobacco. Notice that it’s, like, solid, intact leaves of good-quality tobacco.  It’s not, you know, cigarette tobacco; which I think is kinda gross. If that’s what you’ve got, you can use that. This is optional. You don’t have to use it at all. This is just something that is good for protection, good fortune, honours the spirits. This is actually … This stuff is a leaf from around cigars; a particular brand of cigar called Leaf by Oscar that has an actual tobacco leaf wrapped around it instead of the usual wrapper, so that’s what I used.

(I see I’ve made this creative thing here … okay, there we go …)

All right! Now what you do, is you fill up your little jar of herbs and the ring with oil. Any kind of cooking type oil will do. I have chosen to use almond oil, because it also represents success and good fortune. So you fill up the jar.

Now what I’m going to do with this is I’m going to put it in the sun to charge for three days. So perhaps find an east-facing window, or a south-facing window, or preferably put it outside somewhere so it can get the full light of the sun for as much of the day as possible. I have a tree on the property where I live where I tend to put these things, and I stick them in the little crux of the tree. I believe that it also imparts energy from the tree and the earth while I do that to charge things, so that’s how I tend to do it, but you can do that however you like. 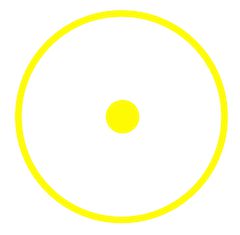 And then, what you do with this afterwards is that you anoint things that you want to bring success to. For instance, if you’re trying to get a job, you would put a little bit of it on the edge of your resume, and perhaps draw a Sun design on your forehead — remember that’s a circle with a dot right in the center of it when you’re going to go for a job interview. Or when — if you’re a musician, when you’re going to perform. You could anoint your instruments with it. You can anoint the tools you use at your work with it. Say you’re a mechanic. You could anoint your wrenches and your screwdrivers, and, you know …

Obviously don’t put it on anything where getting oil on it will damage it. So I would not recommend putting it on the inside of your computer if you’re a computer repair person. But the idea is that it will bring success and good luck to you, and increase your opportunities to improve your business.

And that is all I have for Sit for a Spell today! As always, if you have ideas or questions, don’t hesitate to put them in the comments. And I will see you next time! Merry meet!

Hey guys! I finally got my Webstore up and running! I’ve got on-demand classes and signed copies of my books available right now, but soon I’ll have all the same products I used to have on my Etsy store, including magical oils. Check it out! Help support the channel! Thanks! 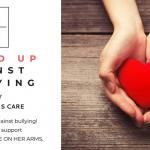 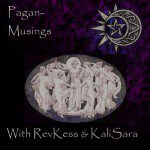 May 24, 2018 I Was on the Pagan-Musings Podcast
Recent Comments
0 | Leave a Comment
Browse Our Archives
get the latest from
Between the Shadows
Sign up for our newsletter
POPULAR AT PATHEOS Pagan
1