A Plea to Fight Bullying 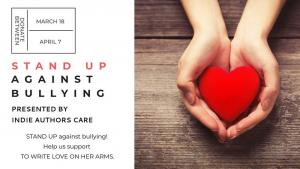 Bullying is a terrible thing.  I was bullied as a child. I was an odd duck of a kid who didn’t always know how to behave in public because I grew up with an emotionally-distant father and a mother with untreated bipolar disorder who couldn’t get the medical establishment to help her. Besides that, I was a clever kid who was really book-smart and terrible at coordinated sports. It was a classic nerd situation, and my peers made me suffer terribly for it.

I was once enlisted into the “popular clique” because it was the thing to do to play pranks, and I was seen as someone who was good at coming up with ideas (and avoiding getting caught.) But I left when I was told I had to wear what they wore, eat what they ate, read what they read, and like what they liked. For a full year I had no friends at all.

In high school it got worse. I can’t tell you how cruel and horrible people were to me, the nasty things they said, the gum in my hair, the jello in my locker, tripping me in the hallway, spreading nasty rumours, shaking me down for money; the whole bit.

I left the class where most of the bullying took place. I became anorexic and suicidal. I self-harmed (cuts, mostly, but sometimes burns where no one could see.) I still suffer from PTSD issues about it. For instance, I find it difficult to make close female friendships, and if you tap me on the shoulder unexpectedly, you’re likely to get hit before I can stop myself.

That ended when my dad, in an effort to help me with the anorexia that the medical system wouldn’t help me with either, got me a membership at a gym. I started taking weight training pretty seriously, and as a way to treat the illness, I transferred my addiction there for a while and then eventually, weaned off as I ran out of money to go when I was living on my own.

But in the meantime, it was a literal Charles Atlas story. I was told never to fight at school. I had one school fight but did badly. But this time, my main bully marched up behind me, yelling insults while I was walking up to a friend’s house. Eventually she said, “Well, I’m just gonna hit you once, okay?” and she punched me in the back of the head. I turned around, threw her down on the ground, and beat the living crap out of her.

I wish I’d been more violent as a kid, less eager to please and do what was right. It would have stopped long before. I spent the rest of school (my senior years) with people getting out of my way when I came down the hallway instead of trying to hurt me. I was happy with this.

Of course, violence is never the answer unless the situation is desperate, and wouldn’t it be better if better coping tools existed to support people suffering from bullying? Of course it would. So I’m asking you all to help out in a good cause.

Recently in the indie author community I associate with, one of us tried to commit suicide after being bullied in a group online. Another friend is quitting the pursuit of her dreams because she can’t handle the bullying she’s getting in the community anymore.

I feel this passionately! It took me years to get the courage to pursue my dreams as a writer after the desecration of my self-confidence in my youth. It’s not right that people should drive other talented people out of a profession with their cruelty and inhumanity.

Indie Authors Care, a group I work with to make the world a better place that does fundraisers from time to time, is raising money for To Write Love On Her Arms, and your contribution will make a tremendous impact, whether you donate $5 or $500. Every little bit helps.

To Write Love on Her Arms is a nonprofit movement dedicated to presenting hope and finding help for people struggling with depression, addiction, self-injury, and suicide. TWLOHA exists to encourage, inform, inspire, and invest directly into treatment and recovery.

I will donate a free story in pdf format to anyone on any of my Facebook groups or lists (and that includes the one for this blog) who donates to this cause. I’ll need to see a screenshot, but you can PM it to me if you don’t want to share it publicly. And I don’t care if you donate $1 or $1000.

Today is the last day of the fundraiser, and we’re only a little more than halfway to our goal, so please don’t delay.

~ This article was simultaneously published at PaganSquare ~ 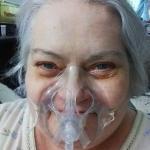 March 6, 2018
Contemplating Life and Death on My 43rd Birthday
Next Post 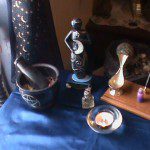 May 7, 2018 Sit for a Spell is Back!
Recent Comments
0 | Leave a Comment
Browse Our Archives
get the latest from
Between the Shadows
Sign up for our newsletter
POPULAR AT PATHEOS Pagan
1

Hoodoo How We Do: Psalms Are...
Voodoo Universe
Related posts from Between the Shadows