From the Shadows: Technopagans, the Total Non-Controversy

From the Shadows: Technopagans, the Total Non-Controversy September 27, 2018 Sable Aradia

An article from Broadly in 2016 has been circulating on Pagan Twitter over the past few days about how apparently, real witches are getting pissed off because divination apps exist.

I cannot think of a more ridiculous tempest-in-a-teapot.  Technopagans have been calling themselves that since at least the 90s. Pagans have been more engaged than just about anybody I know in technology and the internet, from back when it was all message boards and BBS. Sure, we like our books and our Tarot cards.  But seriously, how many of you have not used an app like Yes or No Tarot to answer a simple question when it’s not convenient to dig out your own cards?

Because one divination system is as good as another, isn’t it? People have found ways to read omens in clouds, candle wax, cards, entrails, the flights of birds, the way a pendulum spins, or random series of numbers. The key to how it works is a simple one: decide what each symbol you’re going to use means and then allow the random universe to answer your question.

If the gods are telling you what to do through symbolism, one symbol is as good as another as long as you understand it. I once decided whether I should go on an adventurous journey by determining before I went to sleep that a sunny day meant I should go, while a dark, cloudy or rainy day would tell me to stay home.(1) Why would anyone assume They’re less capable of doing that sort of thing through a computer algorithm than They are through the way you’ve shuffled a deck of cards?

And if you believe it’s just a way to plumb the wisdom contained in your subconscious, as long as the symbols you’re using make sense to you and you feel a connection to them, whatever method you choose should work just fine.

Some people prefer things that you can touch and smell, because they access those magick senses more effectively that way. There’s nothing wrong with that. Some of us learn better by working with our hands than we do by reading. Whatever works. But I think most of us have that attitude — whatever works. Maybe I’m more tactile than you are, but that doesn’t mean your Tarot app is invalid. Ultimately you have to be the one to interpret it.

Notice that the witch complaining about it that they interviewed has a metaphysical shop that is largely floated by her Tarot readings? Of course she doesn’t want people doing it themselves! The truth is, she’s got a point. A Tarot app can tell you what the traditional meaning of the Strength card is. It might even be able to tell you what that tends to mean when it appears with the Chariot. But you have to figure out how to apply it to your own life. I don’t know how anyone can possibly see it as a threat.

As to the potions and spells apps; they’re encyclopedias, aren’t they? They’re Cunningham’s Encyclopedia books condensed for your phone. Some of them even use quotes from Cunningham to illustrate uses of various stones and herbs, or potion recipes! Formularies have been around forever. This is nothing new. It’s just got a better index system, usually.

And I don’t know about you, but I’m glad Astro.com exists so I can just print out a bloody star chart instead of spending hours or days peering through an ephemeris. Talk about time-saving devices!

Modern Pagans have gods of the internet.(2) Of memes. Of geek culture. Of parking! And seriously, what is cyberspace, if not a kind of astral plane, where thoughtforms take shape and become reality? (More on that next week!)

In short, this title was total clickbait. And I fell for it.

Hey! Did you know I’m now offering my more advanced classes in magick, including the Eight Paths courses, as a Patreon reward at the $5+ level? One every month! Support my Patreon here. 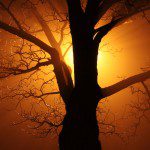 September 22, 2018
From the Shadows: I'll Celebrate the Sabbats Any F*cking Way I Want To
Next Post 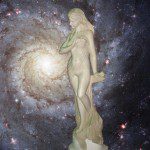 October 1, 2018 Witchcraft & Voodoo: Divine Possession
Recent Comments
0 | Leave a Comment
"Take heart, Woods! I think people are finally angry and scared enough to get their ..."
Sable Aradia Dear Greta Thunberg
"You did make a difference, as did the Baby Boomer generation (who first brought attention ..."
Woods Wizard Dear Greta Thunberg
"I really like your text. I am happy to note that on the other side ..."
Seren The Star Goddess
"Very spot on review of Circe. This was one of the few books I read ..."
Michelle Gillian Pagan Book Review: Circe by Madeline ..."
Browse Our Archives
get the latest from
Between the Shadows
Sign up for our newsletter
POPULAR AT PATHEOS Pagan
1

An’ it Harm None, Do What...
Beneath the Moon
Related posts from Between the Shadows