From the Shadows: I’ll Celebrate the Sabbats Any F*cking Way I Want To

From the Shadows: I’ll Celebrate the Sabbats Any F*cking Way I Want To September 22, 2018 Sable Aradia

I saw a post from a Pagan friend on Facebook this morning. They do a “Pagan Thanksgiving” event at their house every year. It’s a local tradition that’s beloved of everyone who participates in it.

She read a think-piece that was explaining, in what she felt was a condescending tone, why celebrating a Pagan Thanksgiving was wrong. And that she’d read another piece by John Beckett about how there was a lot of hate-on about celebrating the story of Mabon at the holiday we call Mabon (yeah, I’ve heard the arguments; it’s not historically or culturally accurate to the Celts, blah blah blah.) She checked her privilege at the door and she asked, “Am I doing it wrong?”

I said the following, and you may quote me:

“I think that people who criticize how other people choose to celebrate the Sabbats have both too much time on their hands and an overinflated sense of their own importance.”

Here are my reasons.

Neo-Paganism is Not “The Ancient Religion”

I realize it’s hard to let go of our myth that we’re the True Ancient Religion ™ but we’re just not. Paganism is a post-modern countercultural movement that, if anything, is humanist (in its original sense) and post-Christian. It has waaaaaaayyyyyyy more Christian influence than anyone seems to want to admit, and way more Buddhist and Hindu influence. If you make a study of other religions, the line of descent is easy to see. Modern Paganism is a loosely-related group of syncretic faiths. So if modern Pagans want to reclaim a pseudo-Christian tradition in the name of Paganism, there is a vast field of cultural and theological history that justifies their choice to do so. And you’re absolutely welcome to believe otherwise.

In other words, who gives a flying fig what the ancient Celts did or did not do? WE’RE NOT ANCIENT CELTS! We cannot be expected to act like we are! We have a completely different set of expectations and cultural values and even a different understanding of the nature of the universe.

Don’t get me wrong. It’s good to know the Ancients didn’t do it this way, because history is important. But if your claim to authority is “the Ancients didn’t do it this way so we shouldn’t either,” then you’re barking up the wrong tree. While we’re at it, why don’t we go back to not wearing clothes of two different fabrics because some obscure desert culture in the Ancient World didn’t think it was appropriate? Give me a break!

This is True Even if You’re a Reconstructionist

First of all, you are reconstructing a religion because historically, we don’t really have the faintest clue what the Celts were actually like. Almost everything we know about them is given to us through a Christian or a Roman lens. We’re guessing. Our guesses get more and more educated, but they are still guesses, and we don’t have a lot to work with. Your information might be inaccurate. Probably is, as John points out in his piece. You’re quite welcome to try to get as close as possible to their beliefs in your practice, of course.

But second, most Pagans are not Celtic Reconstructionists, so why should they be expected to conform to your calendar? Seriously, buzz off.

Pagans Hate Being Told How to Worship

Listen pal; if we wanted to be told what we should think and believe, there’s a whole plethora of options out there that are much easier to find and get involved in than Paganism. We take the Pagan path because we don’t like what we’ve been told to do and we want to do it differently. What makes you think anyone’s going to listen to you, any more than we listened to our pastors, our teachers, and our priests?

I say this with a caveat. If you are joining a tradition, you should be aware of how the tradition chooses to approach its theology, and if you believe it, you should try to maintain some degree of parity with that. So if you are a Celtic Reconstructionist, maybe you should be doing what the other Celtic Reconstructionists are doing. There’s no reason you have to stay with any given tradition, however. There’s thousands to choose from, or you can totally go your own way.

Ann Landers and her sister Abby had a marvelous motto for appropriate behaviour in a polite society. They called it MIYOB, which stands for MInd Your Own Business.

If you don’t like the particular way someone is doing a Sabbat, that’s fine! You’re entitled to that. What you’re not entitled to is telling them they’re doing it wrong, or complaining about what they’re doing. You can say, “It’s not for me,” and that’s fine, but in the meantime, drink the punch, say please and thank you, be a gracious guest, and plan to hold your own next year.

But unless they’re doing something morally or ethically wrong (like, say, forcibly deflowering young women as a Sabbat tradition, or sacrificing babies – ha!) it’s none of your business. 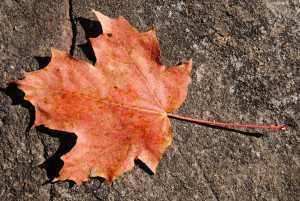 Don’t We Have Better Things to Do?

In Paganism, you have no claim of authority except that which your tradition, and those who are members of it, grant you. I wish we could devote more of our time to trying to build each other up rather than breaking each other down. Don’t you have anything better to do than complain that your neighbour is doing it wrong? You do it your way, let them do it theirs, and let’s get on with being gleefully, individually Pagan. Okay? Because to me, that’s what makes us different, and it’s what makes our faiths so beautiful.

Hey! Did you know I’m now offering my more advanced classes in magick, including the Eight Paths courses, as a Patreon reward at the $5+ level? One every month! Support my Patreon here. And for the next few days you have a chance of winning some of my books by joining up and referring others! Details here. 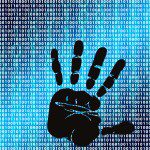 September 27, 2018 From the Shadows: Technopagans, the Total Non-Controversy
Recent Comments
0 | Leave a Comment
"Take heart, Woods! I think people are finally angry and scared enough to get their ..."
Sable Aradia Dear Greta Thunberg
"You did make a difference, as did the Baby Boomer generation (who first brought attention ..."
Woods Wizard Dear Greta Thunberg
"I really like your text. I am happy to note that on the other side ..."
Seren The Star Goddess
"Very spot on review of Circe. This was one of the few books I read ..."
Michelle Gillian Pagan Book Review: Circe by Madeline ..."
Browse Our Archives
get the latest from
Between the Shadows
Sign up for our newsletter
POPULAR AT PATHEOS Pagan
1