To the Media, Since You’re Listening

Since the death of my friend made the media, and since a Kamloops paper quoted the eulogy and article I wrote about it, I have received several requests for interviews.  I’m chewing on what to do about it.  On one hand, those who have approached me have done so with the insistence that they intend to speak about who Heather Carr really was.  But I am distrustful.  It doesn’t escape my notice that if she hadn’t died in this spectacular way that no one would care; nor has it escaped my notice that the media was far less interested when it was being presented as a suicide, and this ravenous curiosity only appeared when the words “Pagan fire ritual gone ‘horrifically wrong'” made the headlines.

The truth is that most of the world still comes to Paganism from a place of disrespect at best, and mockery or bigotry at worst.  It hurts my heart.  I write about Paganism; I speak about it; and I forget, because I’ve been invited to do so among open-minded groups who value multi-faith dialogue, that most of North America is still not evolved enough to have a reasonable discussion about it.  If it mystifies you as to why a significant faction of the Islamic world genuinely thinks that North America is trying to start a New Crusade, you should read some of these articles about my friend, and also the comments sections.  Sometimes I wonder why I even try to talk to you.

But try I do.  I used to be the Local Coordinator for Pagan Pride in my area.  The Pagan Pride movement is somewhat like the Gay Pride movement and it exists for a similar reason.  I was recently coming around to the opinion that perhaps we no longer needed it; perhaps we had general acceptance at last, and it was only a few dinosaur fundamentalists who still maintained an urge to persecution.  I know better now.

I happen to be a licensed Wiccan “minister” (the position is officially called “Religious Representative” in government-speak) in a Pagan church organization, which gives me the right and sacred duty to solemnize marriages in my province, and I suppose that in the media and the world outside of Paganism, this imparts a level of respect that someone without this sort of certification might not receive; although within Paganism, unless I can prove my knowledge or ability it won’t get me a cup of coffee.  But perhaps it means that someone might listen to me when they would not listen to someone else with a similar background and similar training and experience.

In other words I am a Pagan who knows Heather who is not a stranger to speaking to the media or the public.  And if the media is talking to me, they are not bothering her family. So do I have a duty to speak?  Should I try to reach out again in attempt to educate and inform; should I defend the memory of my friend?  Well, how are you going to frame the dialogue?  Why should I speak with you if you have no respect?

If you would like me to talk to you, here are some of my pet peeves that should be avoided:

Do not refer to anyone as a “self-proclaimed Pagan.”

Religions are entitled to a capital letter.

So are families of religions and denominations of religions.  Some examples: Baha’i, Sikh, Abrahamic, Judeo-Christian, Roman Catholic, Jehovah’s Witness, Sunni, Mormon.  “Pagan” is a family of religions somewhat like “Judeo-Christian” is a family of religions.  “Wicca” is a specific religion within that family; “Star Sapphire Wicca” is the name of my Wiccan tradition (a “denomination.”)  I realize your spell-checkers from Google or Microsoft have not caught up yet, but to me that just represents the innate cultural bias that we Pagans continue to combat every day.

Do not assume that one size fits all in Paganism.

Global News got a hold of Pagan writer and activist Kerr Cuhulain to explain what Heather was doing in the park.  I know Kerr too, and he did his best, but a) he didn’t know Heather, b) he doesn’t live in Kamloops, c) Wicca, while still the most common form of Paganism, isn’t necessarily what every Pagan practices, and even within Wicca there are many variations.  The very fact that we still have to have a “Pagan expert” explain Paganism to the rest of the world is another indication of the uphill battle we face.

Do not expect titillating details.

Do you ever sit down with a Hindu and say, “Oh, Hindu ritual, tell us more?” rubbing your hands excitedly?  Yeah, well, you’ll get about as much excitement out of a Pagan ritual description.  I have been to a few Hindu rituals.  The difference between them and a Pagan ritual is that theirs tend to be formalized and ours are (usually) still spontaneous, and they can afford funkier statuary than we can.

Please do some research first.

If you do a little reading about Paganism you might know what questions to ask, what your audience or readership might genuinely be interested in, and you might also avoid unintentionally framing the dialogue in a prejudicial way.  Wikipedia is never the best resource but this link might give you a starting point from which to investigate other aspects.  There are great blogs to read here at the Patheos Pagan channel if you have more time.

I get weary of fighting the prejudice sometimes, and I wish that people would just make room for us to practice our spirituality in peace.  The lack of empathy that people display continues to astound me.  I just want to follow my faith as I understand it. It upsets me that doing so makes me an outsider in our culture, and it upsets me that doing so makes my friend’s death front page news.  But I suppose that’s why more dialogue is needed, isn’t it?  So if you can respect my caveats and treat our faith with dignity, send me an email and perhaps we will chat.  I guess somebody has to.

You can get all the latest updates at the Between the Shadows Facebook page.  And don’t forget to check out the Patheos Pagan channel for some great articles. 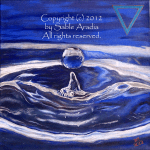 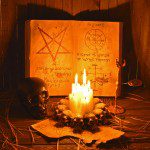 April 10, 2015 Seekers and Guides: On Pagan & Wiccan Ritual
Recent Comments
0 | Leave a Comment
"Take heart, Woods! I think people are finally angry and scared enough to get their ..."
Sable Aradia Dear Greta Thunberg
"You did make a difference, as did the Baby Boomer generation (who first brought attention ..."
Woods Wizard Dear Greta Thunberg
"I really like your text. I am happy to note that on the other side ..."
Seren The Star Goddess
"Very spot on review of Circe. This was one of the few books I read ..."
Michelle Gillian Pagan Book Review: Circe by Madeline ..."
Browse Our Archives
Related posts from Between the Shadows