What is your definition of the word “ritual”? What are your rituals- mundane and spiritual? How do they inform each other? Is ritual a necessary component to spiritual practice?

I did not find myself especially inspired by this topic for the Pagan Experience this week.  It’s too broad and the questions are leading.  First of all, what we Pagans typically call “ritual” is actually more properly defined as a “ceremony” or a “rite” by the dictionary definition, since ours do not tend to be repetitive or dogmatic (no, not even in Wicca).

Secondly, I fail to see much difference between the mundane and the spiritual, and even if I did, you would be using two entirely different meanings for the word (as I noted in the previous sentence) so what point would there be in comparing them?

Third, since there is little boundary between them for me, I assume they inform each other by definition.

Fourth, I suppose that whether or not it was necessary would depend upon your definition of “ritual.”  Many of us would flatly deny this, considering the original meaning of “ritual,” without keeping in mind that we do not use the word with that meaning in Paganism.  If you consider what we intend by the meaning of the word – namely, a sacred ceremony – then I would say yes, it is a necessary component of spiritual practice, because otherwise you don’t have a “practice,” do you?  Even meditation or kissing your hand twice to the moon are both “rituals” in the sense that we mean.  And I think it’s especially important to keep that in mind, since we tend to recognize each other by our praxis, not our dogma.  But if you mean to ask me whether or not I think it’s necessary for us to make up big, elaborate events; or perform a rite in a particular prescribed way each time (unless that’s part of the discipline you’re intending) then I would say, “Of course not.”

So, that being said, since my editors expect about a thousand words out of me per article, I thought I might quote some of the things I said about Wiccan ritual in particular in my book.  I begin with my introduction to the third chapter, “The Craft,” and then skip to the section where I deal with “ritual” specifically.  My work is intended for the beginner or for someone who is analyzing and breaking down the components of a ritual.

The use of language, sound, and ritual is the most familiar form of Witch’s magick; it’s what people usually think of when they hear the word “Witchcraft.” Rites, chants, spells, runes, and charms speak directly to your conscious mind to formulate your Intent, and if well-written, they also utilize symbols, archetypes, correspondences, and mythology to speak to your unconscious mind. Most Witchcraft books focus on this Third Path. My intention with this chapter, then, is to teach you about the theory rather than specifics. Hopefully you will never need to consult a magickal recipe book ever again, and will instead have the practical tools at your disposal to make the best kinds of spells, rituals, chants, charms, and runes; the ones you write for yourself.

Charles Poncé proposed the idea that magick is simply a way of mapping the complex psyche of the human mind. If that’s true, the symbolism used in magick could have a universal application.

In her groundbreaking sociological work Persuasions of the Witch’s Craft, T. M. Luhrmann writes of a field study she conducted of England’s occult community. In it, she noticed that a Witch’s perceptions slowly shift during the course of her studies in magick to see different symbols and meanings in events, experiences, and responses to the world. Prior to occult study, these connections and interpretations would not have been made. Luhrmann called this “interpretative drift,” and she viewed it as the process of overcoming skepticism. She ultimately found it impossible to maintain the detached perspective of the anthropologist and continue occult studies. Eleven years later, anthropologist Susan Greenwood published Magic, Witchcraft, and the Otherworld: An Anthropology. Greenwood undertook the study of occultism in earnest in her field research, rather than approaching it as an outsider, and treated it like “learning the language” of another culture, complete with that culture’s framework and comprehension. She saw the occult community’s view of the otherworld, which coexists with the rational world of science, as another form of “knowing,” and one did not have to be rejected to embrace the other. This view was also shared by Carlos Castaneda, and it is beginning to gain more common acceptance in the field of psychology, where tools such as guided meditation and visualization are being incorporated into mainstream psychological and therapeutic practice.

“Interpretative drift” is exactly what you want to achieve in the study of Witchcraft. When you learn to speak the language, and when understanding the language becomes second nature and you begin to see its symbolism in everyday life, you will be able to work your magick, and thus create change in the world according to your Will, more effectively.

Wiccan spells and rituals are really a form of performance art. Setting, sound, color, symbols, movement, actions, tastes, smells, and feelings come together to create lovely participatory art. The more senses you bring to bear, the more effective your magick will be!  A spell engages all the same elements as a ritual, but it is focused toward a more “practical” purpose.

A Wiccan ritual follows a loose pattern that leaves a fair bit of room for creativity and individual expression. Think of writing a ritual like writing a short story. There is a specific format, but a lot of different things can happen within it!  I’ve broken it down into its component stages, and rather than giving you a specific series of actions to perform, I will list possibilities that you could combine to make a ritual of your own.

– From The Witch’s Eight Paths of Power: A Complete Course in Magick and Witchcraft by Lady Sable Aradia (Red Wheel/Weiser 2014)

You can get all the latest updates at the Between the Shadows Facebook page.  And don’t forget to check out the Patheos Pagan channel for some great articles. 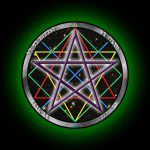 April 8, 2015
To the Media, Since You're Listening
Next Post 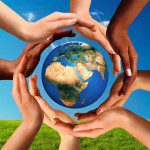 April 14, 2015 Five Reasons Why Witchcraft is Awesome!
Recent Comments
0 | Leave a Comment
Browse Our Archives
Related posts from Between the Shadows