The SBL in Chicago– A Potpourri of Things Part Two 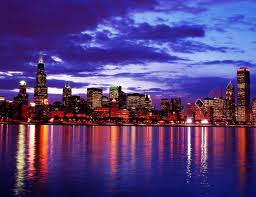 One of the more enjoyable things to do at the SBL (besides going to great restaurants like Michael Jordan’s Steakhouse, or Santorinis Greek restaurant or the Green Zebra) is going to specialist lectures and learning something. For example, I attended the lecture of MacQuarrie doctoral student Julien Ogereau on the Epidosis Decree in Troizen and its Similarities to Acts 2 and 4. This decree (found in IG IV 757), talks about a one off contribution to the poor and needy, not an ongoing giving to those in need, but still there are some features of it that are similar to the summary statements found at the end of Acts 2 and the end of Acts 4. In the same seminar and even more interesting was the lecture by Timothy Brookins of Houston Baptist Seminary on The Erastus name and inscriptions. What this lecture showed through a complete examination of all the occurrences of the name is that pretty much all the evidence for the use of the name by a high status person crops up in the period A.D. 40-80 and involves officials in Greece! This is a very significant outcome, and favors the suggestion that the Erastus of Romans 16 could be the same chap as the one in the aedile inscription in the ground in Corinth, not least because oikonomos in the non-household sense is indeed an equivalent to the Latin term aedile.

I next went to the Papyrology and Early Christianity Seminary, where I heard and saw (power points) a stimulating study of Early Christian texts found on the back side of an already used papyrus (the so called verso side). First of all, reuse of papyri was common. Secondly, quoting Colin Roberts Giovanni Bazanna (of Harvard, who gave the lecture) says “any texts written on the back show that they are private copies”. Lucian Vitarum Auctio 9 refers to how Cynics regularly used recycled documents. Only a minority of papyri with writing on the back are not literary in character, they are for example, school boy exercises, medical recipes (P Oxy. 3654). Bazanna then goes on to deal with Christian examples where we have a Scriptural text on the back of something else, sometimes also a Scriptural text. He dealt in particular with some fragments of the book of Revelation (p 98,47,18, 115). Some are in a formal hand, some in an informal hand. He mentioned how the Greek of Revelation is a strange sort of Greek, and in various of these fragments seems to have been copied outside of formal scribal contexts or elite circles.

The next lecture in the seminar, called “Size Matters” by B. Nongbri (also of MacQuarrie) talks about the size and shape of papyri. He argues that formal script is by a scribe, informal reflects private copying. Most papyri had two columns per page. Some are square (P. Bodmer 2,16,18). Some have multiple bindings, some multiple quires with a single thread ( he had some interesting illustrations of how the binding was done in the middle). We will continue discussing these lectures in the next post.

December 19, 2012
The SBL in Chicago- A Potpourri of Things-- Part One
Next Post

December 21, 2012 The SBL in Chicago--A Potpourri of Things-- Part Three
Browse Our Archives
Follow Us!

Is Racism Ignorance or Disease?
Roger E. Olson
Books by This Author Books by Ben Witherington

Religion and the Courts: A Level Playing Field...
Religious conservatives have been cheering some recent Supreme Court decisions and are...
view all Evangelical blogs
Copyright 2008-2020, Patheos. All rights reserved.