The SBL in Chicago–A Potpourri of Things– Part Three 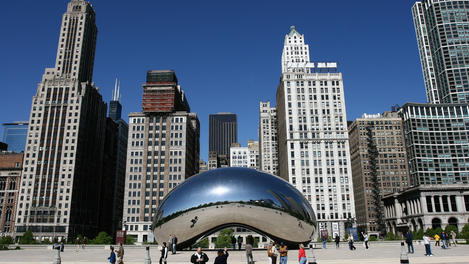 Jeff Cate gave an intriguing lecture on a specific papyrus– p43. He pointed out that rarely were compendiums of Scripture references made and written down in the early centuries of Christianity. And when they were they were parts of primitive lectionaries. It is interesting that the Greek and Syriac lectionaries included no references from the book of Revelation, but the Coptic and Latin ones did do so.
One reason to use the verso or back side of a papyrus was to have the whole of a book on one scroll. In the case of p43 we find something odd. The text is written down one side of the papyrus on the front side, but across the width of the papyrus on the back side. This is perhaps to fit in the rest of the book on the back rather than doing the usual double column down the vertical.

I also attended the Acts and Religion Seminar and heard a very interesting lecture about the Greek and Roman notions of apotheosis– the taking up of someone into heaven, which was assumed to make them a demi-god, like for instance Herakles (Hercules). It is interesting that the patroness goddess of Rome, Dea Roma was not worshipped in Rome itself until the time of Hadrian. In regard to the Emperor cult, it was of course a growing concern already in the first century but by the time we get to Suetonius, he says that it was even prohibited to take a coin with the image of the deified Emperor into the privy. Cicero did not approve of divine honors for someone who died, and had an actual tomb, like for instance Caesar. Such scruples were to be over-ridden by late in the first century. Only those who had experienced apotheosis could in fact be worshipped as a God said Cicero. It was of course Octavian/ Augustus who began calling himself the son of the divine Caesar, which set in motion the Emperor cult. But even in the time of Claudius, you have people like Seneca who said the deification of Claudius was inappropriate in his case, due to character defects. One can only imagine what he would have said about Nero if he had lived to see the aftermath of the fire in A.D. 64.

Thus it was, according to S.C.F. Price that apotheosis predicated of emperors became a fixed topos and practice only in the second century, to remove any doubt about the appropriateness of the Emperor cult. In the first century, one had to have witnessed the soul of the emperor, in the form of a eagle ascending into heaven, before the Senate would approve of the deification of an emperor. By the second century the Senate just rubber stamps the deification petition. We are reminded then that for the Romans there was a sliding scale from humanity to divinity, not an absolute dichotomy between the two, unlike in the early Jewish thinking about such things.

A further fascinating lecture, by Felicity Harley-McGowan of Melbourne U. was given on the new evidence from graffiti for the depiction of crucifixion in the ancient world. This new evidence comes from Puteoli, from a taberna (i.e. tavern), and is part of a wall of graffiti. What it displays is a man crucified with both legs nailed separately to the bottom of a T shaped cross on each side of the cross, and it displays the mans severely flayed flesh, where he has been whipped with a coat of nine tails. This is a second century A.D. graffito and as the lecturer suggested is probably a depiction of something someone actually saw in the nearby amphitheater which is where such executions took place as part of public shaming, or even sport. This conclusion is supported by the nearby depictions on the same wall of scenes from the games in the amphitheater.

December 20, 2012
The SBL in Chicago-- A Potpourri of Things Part Two
Next Post

December 21, 2012 O Mayan
Browse Our Archives
get the latest from
The Bible and Culture
Sign up for our newsletter
POPULAR AT PATHEOS Evangelical
1