Though I must confess to being a major Jeremy Brett fan, if the issue is the recreation of the original Holmes stories by A.C. Doyle, I must also confess I am in Holmes heaven of late because there are not one but two crackerjack shows (one on CBS, see the above video, one on BBC) about the man. The BBC show has the merit of drawing on, and updating to the present, various of the original stories, with a lot of liberty and creativity taken with them (think the Message translation as oppose to the NASB). It also has the virtue of have two top drawer British actors on the rise doing the show— Benedict Cumberbatch and Martin Freeman. But therein lies the rub. They are busy lads. Both were involved with the Hobbit, and numerous other projects. The end result is that we are on season three, and we only have a handful of episodes from seasons one and two combined. Someone needs to tell the Brits that a Fall full of episodes (or even less— see the seven episodes in season 3 of Downton Abbey) does not a whole season make. Maybe season 3 will surprise us and give us more of what we crave—- Holmes, sweet Holmes.

But then there is the American show, set not in London but in the Big Apple. And Watson is a woman doctor, and not a Brit at all, but rather an American of Asian extraction (played brilliantly by Lucy Lieu, in lieu of someone else of course, like Martin Freeman). Elementary has the merits of having Jonny Miller as the lead and frankly he is stunningly good at being the eccentric crime solver with the British accent and over the top intelligence and deductive powers and behavior.

CBS has been wise enough to put money into this show, and thus far we already have 16 episodes counting the pilot, and Moriarty hasn’t even put in a real appearance yet. Stay tuned. Both shows have their merits, but Elementary is entirely an original show, in the sense that none of the episodes is really based on, or a replay or extension of the original Doyle stories. This gives the show more freedom to explore and be creative. If you have missed all this, you should get on your bike, trundle over to www.cbs.com, click on Elementary and start watching. My guess is, that no work will get done at your house for a while, if you do. But then, I don’t have the same deductive powers as Holmes. One thing it doesn’t take deduction to figure out—- this show will be back for a second season, barring the death of any of the lead characters.

What can a person, even a Christian person, take away from such a show? Much indeed. You can learn a lot about human character, and how deduction is done– from small things come big clues to things. You can also learn a great deal about good and evil for you see Sherlock Holmes, in which ever edition is always in the midst of a morality, or should we call it a Moriarty, play of some sort. And so it is, that Elementary should get the nod, this season, for being not just the best new show on TV, but being the best show on TV. 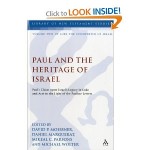 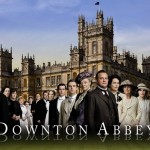