The Durham Chronicles– A Major Find!

Some 35 years ago, during my first tour of duty in Durham, I was browsing through the Monk’s Dormitory portion of the Cathedral where ancient manuscripts and books of various sorts have been kept for who knows how long. Here, I came across the famous J.B. Lightfoot’s unpublished notebooks on the Acts of the Apostles. I alerted my mentor C.K. Barrett to their existence, but nothing happened. Then when Jimmy Dunn became Lightfoot Prof. of Divinity at Durham in the 80s, I alerted him, but he could not find them. So, on a very chilly day in early May I went to the Dean and Chapter Library at the Cathedral, and a very helpful librarian named Catherine was able to track them down with some help from some bibliographic notes from G. R. Treloar’s fine book on Lightfoot as a theological historian (published twenty some years ago by Mohr-Siebeck).

In fact, there were three of these notebooks, and they only went up to Acts 20. But oh what notebooks they are— full of text critical grammatical, historical, and theological comments of great richness and diversity. I spent a good portion of a whole week, reading the original handwriting of Lightfoot, which at some points was very difficult indeed. Here below are two pictures, courtesy of the Dean and Chapter Library, to show you what I was up against. 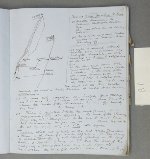 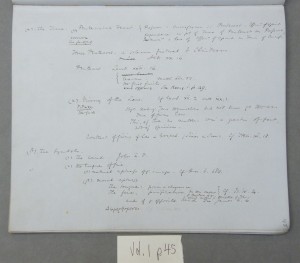 The first picture is of Lightfoot’s small drawing of the coast of the Holy Land, tracing the two possible routes the Ethiopian eunuch went south from Jerusalem on. The second is his extended comments on the Pentecost story, complete with discussion of other Jewish celebrations of relevance.

It is my intent, once the full manuscript is digitized, which will take some time, to produce a monograph on what is in these notebooks, written as lecture notes in the Lenten term of 1855 when Lightfoot was lecturing at Cambridge. Most scholars will be well familiar with Lightfoot’s famous commentaries on Paul (e.g. on Galatians or Philippians), but this work on Acts has never yet seen the light of day, and especially in regard to the issue of the history of early Christianity, the relationship of Paul’s letters to Acts, and the general discussion of history, theology, heresy, and related topics, this is must see material for the scholar who cares about NT history, especially because it comes from one of the great minds, one of the foremost Biblical scholars of the 19th century. Stay tuned! My fellow Durhamite (he was bishop here you know, which is why his unpublished papers are here as well…) and I are not done with these notes! 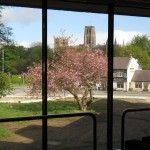 June 2, 2013
The Durham Chronicles-- The New Buildings
Next Post 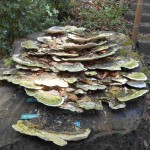 June 4, 2013 The Durham Chronicles-- the Botanic Gardens (1)
Browse Our Archives
get the latest from
The Bible and Culture
Sign up for our newsletter
POPULAR AT PATHEOS Evangelical
1

Having Said That...There Are Times When...
Roger E. Olson
Books by This Author Books by Ben Witherington

Evangelical
Walter Moberly's The God of the Old Testament---...
The Bible and Culture
TRENDING AT PATHEOS Evangelical