The Problem with Preaching– Part Three 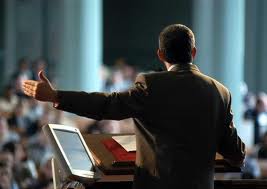 Once a preacher realizes that if he doesn’t know the original languages, then he’s NOT preaching the Bible but rather a translation of the Bible (however good), he or she then must accept that this necessarily means he is preaching someone else’s interpretation of what the inspired text means (for every translation is already an interpretation). This requires some swallowing hard of course. But once the nature of the situation actually dawns on the preacher, that’s when a big reality check should come.

The preacher who wants to be a responsible interpreter of the Bible for his or her people then must either: 1) learn the original languages that God decided were suitable for his Word to be expressed in, and 2) commit himself or herself to doing homework— studying the Word of God with the help of good commentaries, studying to find himself approved, committing himself or herself to life long learning of and about that Word. If 1) is simply impossible, then this means one must do an even better job with 2). It does not mean that one just reads some English translation and then brain storms. The contexts of the Word of God are in many ways very different from ours, and if one reads the Bible without contextual study one will read it anachronistically— reading into the text modern notions, and one’s own opinions and ideas. Frankly God’s Word deserve more respect than that. If it is the most important book in the world for the world’s salvation then it deserves careful and prayerful detailed study of it. It deserves everything we can invest in understanding it and conveying its meaning to others.

One of the main things that gets in the way of this whole process is the desire to get to the applications and implications before one has figured out the meaning of the text in the first place. But whether one likes it or not, in order to win the homiletical race one has to commit oneself to the whole race. This means not being tempted to take short cuts to the finish line. Good preaching comes from the discipline of good study and research using the right tools. Yes, you can dig a hole in the backyard with a spoon, but it would be more useful and less wearisome if you used the right tools to do so, in this case an exegetical shovel.

Good preaching then requires: 1) diligent study of good commentaries, good monographs on the text or texts in question; 2) the ability to distill the insights of the text to whatever level of discourse will be a word on target for your people in the aggregate; 3) the ability to effectively deliver the goods with enthusiasm and authority from the pulpit. Of course in regard to 3) one needs to have some communication skills, knowing how to use one’s voice effectively in terms of pitch, tamber, volume, emphasis, gestures— in other words a person needs some rhetorical training and skills.

Now obviously obviously God can use you to convey his Word even if you are a blunt instrument, even if you are Balaam’s donkey! But frankly, God would rather not. He gave you a brain for a reason. He’d rather you have increased your knowledge and honed your skills, so you will be the sharpest knife in his drawer. Would you rather be like the two-edged sword referred to in Hebrews, or be like an ole blunt battle axe bludgeoning the congregation for the Lord?

I once had a student approach me in frustration. He came from the more pentecostal end of the spectrum and he was one of those people who actually considered too much learning about and of the Bible and its contexts as possibly getting in the way of being a good preacher. He said to me “I don’t know why I need to learn all this stuff, I can just get up into the pulpit and the Spirit will give me utterance.”

In the next post I’m going to talk about the nature of good preaching, and what the scope and range of it is.

September 27, 2013
The Problem with Preaching-- Part Two
Next Post 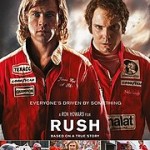 September 29, 2013 'What a Rush'
Browse Our Archives
Related posts from The Bible and Culture

Pop's Lessons-- Part Forty
The following are the lessons of someone who lived through the crash...
view all Evangelical blogs
Copyright 2008-2021, Patheos. All rights reserved.
Close Ad