Some of the most important early papyri of the NT are the Chester Beatty Papyri housed in Dublin Ireland, EXCEPT for one piece which can be found in the papyrus museum in the basement of the Österreichische Nationalbibliothek, Vienna. The small fragment which is found there is from the Gospel of Matthew containing Matt. 25:41-26:39 (Pap. Vindob. G. 31974). And sparing no expense, here it is….. 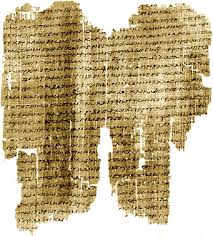 This papyrus likely dates to the third century A.D. The Gospel of Matthew was the most copied of all four Gospels, because in part it was the most popular of the four Gospels. This is probably the reason as well that it was put first the collection of the four canonical Gospels which seems to have circulated together as early as the second century A.D. The other reason it would have been put ahead of Mark and Luke is because of its association with one of the Twelve— Matthew the tax collector.

Here is the description in the museum in Vienna 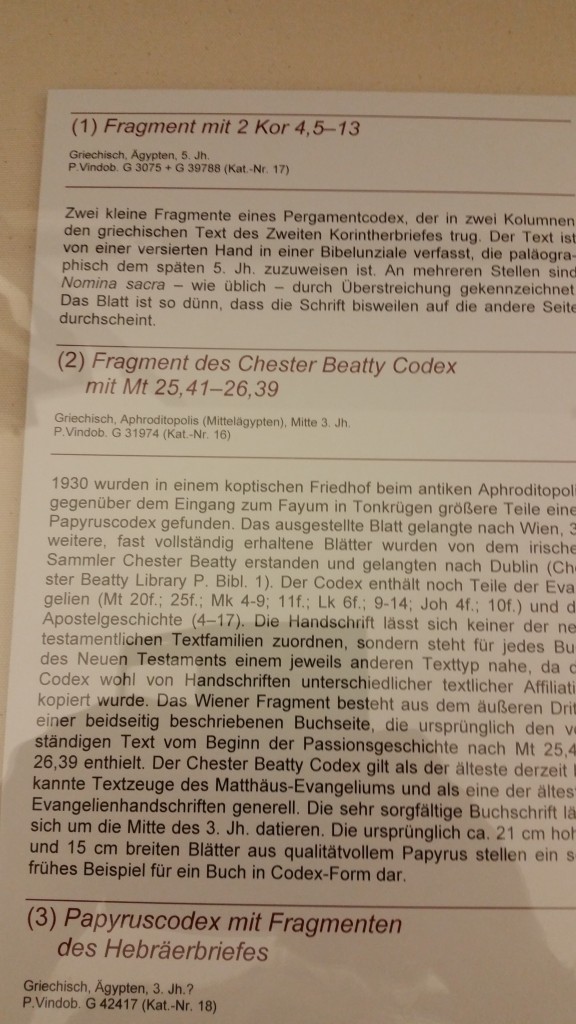 November 3, 2014 On the Making of Papyrus
Browse Our Archives
get the latest updates from
The Bible and Culture
and the Patheos
Evangelical
Channel
POPULAR AT PATHEOS Evangelical
1

Evangelical
Ah Competition and Partisanship--- The Minion Lesson for...
The Bible and Culture

Evangelical
Who God Is--- More Discussions
The Bible and Culture

When does masculinity and femininity become toxic?
Toxic gendering is when we embrace some fruit of the Spirit as...

The Three Little Pigs and the Last Judgment
One of the unexpected joys of having a small child is having...
view all Evangelical blogs
Copyright 2008-2021, Patheos. All rights reserved.