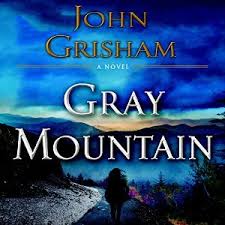 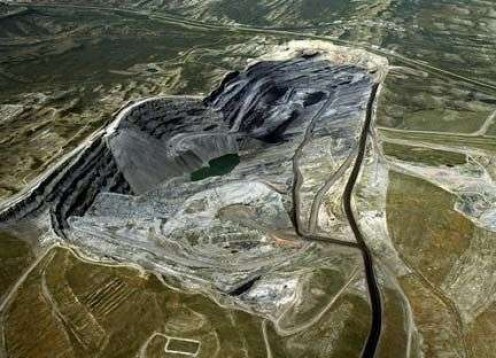 Living in Lexington Kentucky one sees a lot of cars with the ‘Friends of Coal’ license plates. In my view, friends don’t let friends profit off the misery and death of miners with black lung disease or off of mountain top removal, despoiling of streams and rivers, and general ruination of Appalachia. Coal is not our friend. It is one of the most dirty forms of energy imaginable and the process of it’s extraction from the land is a disaster. There is a reason that even in some of the coal mining states, only deep mining is allowed, not mountain top blow up. Fracking is another disaster in the making as well. And all for short term gain, since fossil fuels are not renewable sources of energy, unlike wind and sun. In my view, if the coal industry had even a grain (or lump) of sense, it would have been converting its efforts in Appalachia a long time ago to putting up turbines on the mountains and solar panels, and leading the way in changing over to really clean and renewal sources of energy. But no….. no, they are not doing that. Instead, they continue their propaganda campaign about ‘clean coal’ which is just as much an oxymoron as Microsoft Works’. Turns out John Grisham agrees with me.

I have read a bunch of the reviews on Amazon about the novel ‘Gray Mountain’, and I must say many of them must have been written by people who don’t understand the concept of an open-ended ending, where some but not all of the story lines are resolved. I would say, in contrast, that this ending is much more realistic than ‘and they all lived happily ever after’ when the subject matter is the nefarious activities of big coal.

Some of those reviews made me wonder—- were they written by people that profit from the coal industry? Did the coal industry put them up to it? I wouldn’t put it past them. John Grisham’s novel may have a fictional main story line and characters, but what he is describing in regard to the abuses and devastation caused by big coal, and their constant refusal to own up to any of this, or even pay miners with black lung an adequate compensation is despicable and all too real. This is one of those novels where you say ‘read it and weep’. I will be blunt– no thinking or compassionate Christian should ever be supporting this filthy, land and life destroying industry. Never. Not if you care about God’s creation and creatures and their well being even a little bit.

Here is the basic story line of ‘Gray Mountain’ set in western Virginia, eastern Kentucky, and of course bits of West Virginia as well, courtesy of the summary on Amazon— “The year is 2008 and Samantha Kofer’s career at a huge Wall Street law firm is on the fast track—until the recession hits and she gets downsized, furloughed, escorted out of the building. Samantha, though, is one of the “lucky” associates. She’s offered an opportunity to work at a legal aid clinic for one year without pay, after which there would be a slim chance that she’d get her old job back.

“In a matter of days Samantha moves from Manhattan to Brady, Virginia, population 2,200, in the heart of Appalachia, a part of the world she has only read about. Mattie Wyatt, lifelong Brady resident and head of the town’s legal aid clinic, is there to teach her how to “help real people with real problems.” For the first time in her career, Samantha prepares a lawsuit, sees the inside of an actual courtroom, gets scolded by a judge, and receives threats from locals who aren’t so thrilled to have a big-city lawyer in town. And she learns that Brady, like most small towns, harbors some big secrets.

“Her new job takes Samantha into the murky and dangerous world of coal mining, where laws are often broken, rules are ignored, regulations are flouted, communities are divided, and the land itself is under attack from Big Coal. Violence is always just around the corner, and within weeks Samantha finds herself engulfed in litigation that turns deadly.”

Having myself spent time in Appalachia, and even briefly worked with VISTA workers there near Burnsville N.C. when I was in high school, I have seen the poverty, devastation, and misery that exists in that region. I have also heard the lies about how the EPA and government regulation are what is mainly causing the coal industry to decline. Wrong. What is causing the loss of jobs in the coal industry is mostly: 1) mechanization of the industry in general, and 2) mountain top removal using explosives. You need less employees if you extract the coal that way. It would be nice if the politicians in Kentucky, N.C. and West Virginia, instead of being in the pockets of Big Coal, would hold them accountable for their behavior, perhaps especially their treatment of their own employees. But no. They defend them, and do nothing to encourage the industry to convert to cleaner forms of energy, when in fact the mountains of Appalachia are perfect places to harvest the wind and sun’s energies.

What did I like about this novel? A lot. I thought the plot lines were believable, and the characters were plausible. It would have been good if the novel had a few characters with a bit more Christian character, especially when you are talking about a region that is loaded with real Christians, but then religion wasn’t the focus of this novel. I would also have enjoyed a bit more of the typical Grisham court room drama, but on the other hand the describing of the underhanded and behind the scenes machinations of the coal industry was fascinating and at the same time disgusting. It was totally believable and corresponded with both what I know and what I’ve experienced. To paraphrase Jesus– ‘what does it profit a man if he gain cheap energy, and lose his soul, his clean water, his beautiful mountains, and the health of his people’?

The novel suggests through much of its plot that when it comes to lawyering and the coal industry, you have to fight fire with fire, and be prepared to play dirty, since that’s how those boys roll. The means justifies the ends. I’m not entirely convinced by this sort of argument. When you do that, you become what you despise, and therefore I was glad to see Samantha in the novel baulk at some of the tactics and practices of Donovan and Jeff. Lawyers, even successful lawyers, already have enough trouble convincing us of their integrity without acting illegally.

My world is an interesting world. I read this novel on the plane going back and forth to Portland where I was meeting with a variety of Christian leaders including some very prominent Christian lawyers and others concerned about the shifting and increasingly negative legal landscape for Christians in America. It was a depressing and eye-opening experience. I met some real legal heroes, who are devout Christians with good consciences. My hope would be that some of them would take on the task of being the canary in the coal mine, helping us get out of those dark holes, and defending the people run over by the coal barons in their race for the profits.

Looters and Rioters Don’t Care About...
The Chorus In The Chaos
Books by This Author Books by Ben Witherington

Evangelical
43 Years... and Counting (but who's counting???)
The Bible and Culture