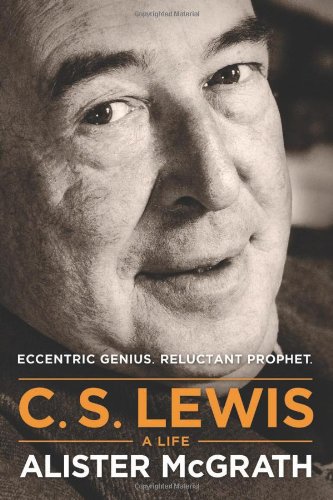 Ben: Lewis has often been touted as the great Christian apologete of the 20th century. What struck me in reading your discussion of this is that you were certainly well positioned to critically evaluate the merits of what he wrote and said of this nature, since you’ve done a fair bit of apologetics yourself. Now that we are in a more post-modern and post-Christian era in the West, in what ways does Lewis’ approach look dated, and in what ways still helpful? (N.B. It has struck me as very odd that many Evangelicals, at least in the U.S. seem to think that modernist apologetics are still the order of the day).

Alister: Lewis is probably the best apologist of the twentieth century. Nobody has arisen to rival him, although he has many imitators. Why was Lewis so successful? I think the answer lies in his unique combination of reason and imagination, which I find in very few other apologists. His Oxford colleague and fellow-apologist Austin Farrer, Warden of Keble College, once suggested that Lewis’s apologetic approach might initially look like a modernist rational argument; but when you look more closely, you realize that it is actually an encouragement to see things in a new way, and thus grasp the rationality of faith through the imagination. Lewis, Farrer suggested, makes us “think we are listening to an argument”, when in reality “we are presented with a vision, and it is the vision that carries conviction.”

Lewis helps us to see that apologetics doesn’t have to take the form of a rather dull modernist argument, but can be understood and presented as an invitation to step into the Christian way of seeing things. If worldviews or metanarratives can be compared to lenses, which of them brings things into sharpest focus? Lewis’s explicit appeal to reason involves an implicit appeal to the imagination. Perhaps this helps us understand why Lewis appeals to both modern and postmodern people. Yes, Lewis affirms the rationality of the universe, in a way that would please a modern thinker. Yet he does so without lapsing into the cold logic and dreary argumentation that so often accompany modernist apologetics. Yes, Lewis affirms the power of images and narratives to captivate our imagination. Yet he does this without giving up on the primacy of truth, which is one of my major concerns about some postmodern approaches. I think we can all learn from this.

May 10, 2015 Mother's Day-- a Methodist Invention
Browse Our Archives
get the latest from
The Bible and Culture
Sign up for our newsletter
POPULAR AT PATHEOS Evangelical
1

The Evangelical Baptists Who Made "Biblical...
Anxious Bench
Books by This Author Books by Ben Witherington

Evangelical
William Lane Craig debates Christopher Hitchens on 'Does...
The Bible and Culture

Evangelical
Craig's Atonement and the Death of Christ--- Twenty...
The Bible and Culture
TRENDING AT PATHEOS Evangelical

Interview with Rebekah Eklund: Beatitudes through the Ages
My friend Dr. Rebekah Eklund has written an incredibly rich study of...
view all Evangelical blogs
Copyright 2008-2021, Patheos. All rights reserved.
error: Content is protected !!