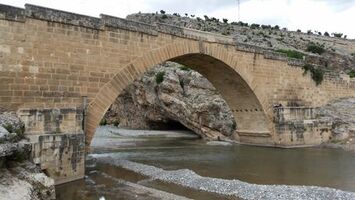 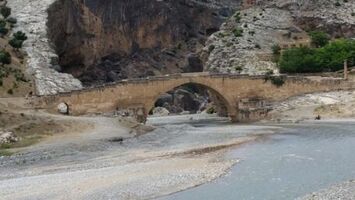 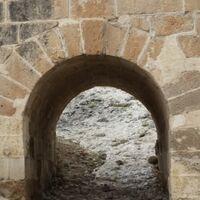 The phrase ‘built to last’ gets thrown around a lot in our time, but frankly we ain’t got nothing on the ancient Romans. When they built a bridge or a road, or an aqueduct, or a theater or a coliseum, well at least some of it is still around in most cases. As for us, we can’t even make asphalt last three years without cracking and potholes. You get the picture. One such bridge is the bridge pictured above which we stopped at on the way to Mt. Nimrud. Here’s the details about this bridge built during the reign of Septimus Severus. 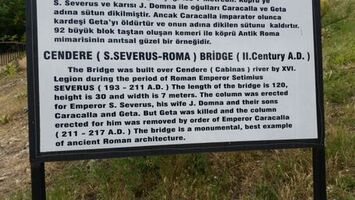 It takes a lot of building to conquer the whole Mediterranean crescent, but somehow the Romans did it. Even the remnants of the Empire are still impressive. This bridge is a perfect arch…… 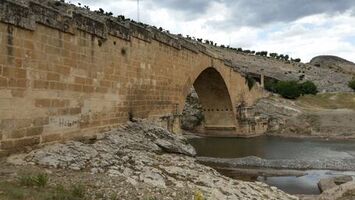 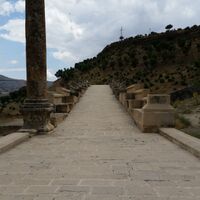 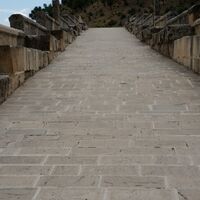 Now you may be asking how we know when this bridge was built. Well… we have inscriptions….. 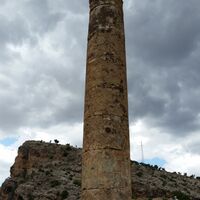 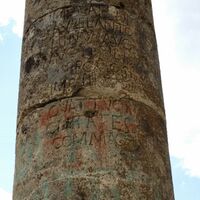 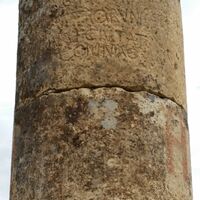 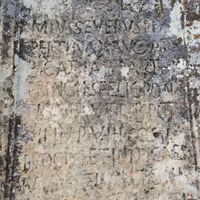 In fact there are several inscriptions carved in stone and if you’re good with Latin you can figure when this bridge was built. It was built at the apex of the Roman Empire, or when it was just beginning to be in decline, and there was a great cavern that had to be bridged to defend the borders of the Empire, and the bridge was built. It can’t have been easy because in fact before the Ataturk dam, there was a huge torrent of a stream, the Euphrates, going through this canyon. 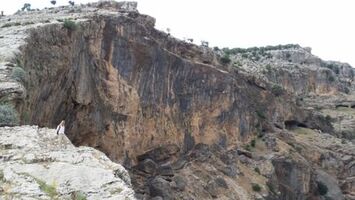 Today you can walk right down to a modest stream and find beautiful flowers. 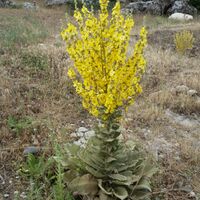 It was never like that in the Roman era.