What’s Going on with the Supporters of the One Church Plan?

What’s Going on with the Supporters of the One Church Plan? February 20, 2019 Ben Witherington 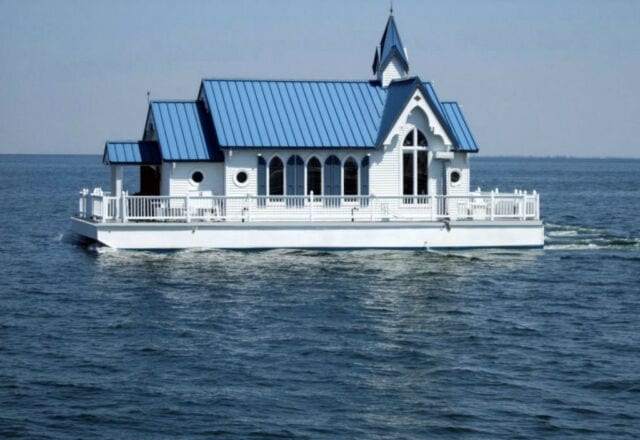 Here is a piece by a leading pastor in one of the Texas Conferences. I have to say that I have been more than a little dismayed at the unChristian tactics and rhetoric going on by some of the supporters of the One Church Plan. And I must say, I agree with my old classmate Chap. This is absolutely no way at all to do Christian conferencing, and one hopes the General Conference next week will be conducted in a far more Christian manner. BW3

Is Mainstream Selling Us Downstream?

Dr. Chappell Temple
I’ve been getting their emails and letters almost every day, so it seems. In preparation for the upcoming General Conference of The United Methodist Church in St. Louis, a group advocating for one of the plans being proposed has been more than “methodical” about getting their message out.

The problem is, however, that “Mainstream UMC” seems to have a more casual relationship with truth than I think is merited. And in terms of respectful dialogue with those who think differently, they’ve exhibited instead a censorious and unkind spirit at best, and a downright slanderous one at worst.

They’ve suggested, for instance, that the advocates of maintaining our current stance on homosexuality have “recreated the climate of 1844” when the Methodist Church split over slavery. But the traditionalists are not proposing a split at all, only a continuation of what the greater church has repeatedly and increasingly believed to be a faithful response to some of these difficult questions.

They’ve claimed that the Commission on the Way Forward (COWF), which created the three plans that will be before the delegates in St. Louis, dåid not introduce the idea of a gracious exit, but that’s simply untrue. It was originally in every one of the three plans that the COWF developed until the bishops took it out when they reviewed those plans.

They’ve said that only a “few rogue bishops” hastily wrote the Traditional Plan. But they neglected to mention that the reason that plan was assembled rather quickly was that the bishops as a group told the Commission not to work on it and then, as the Commission was winding everything up, they changed their minds and reluctantly agreed to include that option after all.

They’ve likewise almost libelously labeled two of our bishops, Scott Jones and Gary Mueller, as “WCA bishops,” referring to the Wesleyan Covenant Association, simply because they accepted the invitation to attend a meeting of that group of United Methodists. Indeed, in contrast to many of his progressive colleagues, Bishop Jones has gone out of his way to remain neutral and not endorse any of the three plans publicly.

They’ve warned that there’s simply not time to carefully craft any exit plans before 2020, despite the fact that numerous folks have been working on them for more than a year and versions have been available for delegates to read since the early fall. And some even falsely accused Maxie Dunnam of promoting the exit plan so that traditional churches can get money from the denomination on their way out, when the truth is that he did so to help progressive congregations who may not wish to stay if the current standards are maintained.

They’ve misrepresented the One Church Plan as not requiring anyone to change their positions if they chose not to do so, when in reality it will change our denomination’s definition of marriage for everyone. And should the plan pass, traditional United Methodists will still be forced to pay into an episcopal fund that underwrites openly partnered gay bishops. What’s more, even many proponents of the One Church Plan have admitted publicly that it’s simply a transitional step towards an eventual mandate for full inclusion by the whole denomination.

Most of all, Mainstream UMC has, in a dazzling display of redirection, argued that traditionalists are simply trying to force the church into schism when in truth it is progressives who have blatantly disobeyed our Discipline that have already done so. For I have heard of no conservatives who have broken their ordination vows, disobeyed church law, ignored our covenant, or blatantly defied the discernment of the whole church in favor of their personal opinions or beliefs regarding this issue.

It’s one thing to argue a position and try to persuade others to adopt it. But in misrepresenting the facts so blatantly, and twisting the position of their opponents so maliciously, so-called “Mainstream” proponents of the One Church Plan have plainly turned from progressives into simply pro-aggressives.

And if that sentiment prevails, I have a feeling that the decline in our worship attendance – already almost one million down from just 18 years ago – will only get worse.

Chappell Temple is the lead pastor of Christ United Methodist Church in Sugar Land, Texas, a southwestern suburb of Houston. He is a General Conference delegate from the Texas Annual Conference. This guest commentary appeared on ChappellTemple.com. It is republished by permission.

February 21, 2019 Jesus was no Angel
Browse Our Archives
get the latest updates from
The Bible and Culture
and the Patheos
Evangelical
Channel
POPULAR AT PATHEOS Evangelical
1

Are You a 'Judgmental' Christian? Good.
The Chorus In The Chaos
Books by This Author Books by Ben Witherington

Licorice Pizza
https://www.youtube.com/watch?v=Xq9bosVddd0 All too often, in our overly sexualized culture, when teenagers declare...
view all Evangelical blogs
Copyright 2008-2021, Patheos. All rights reserved.