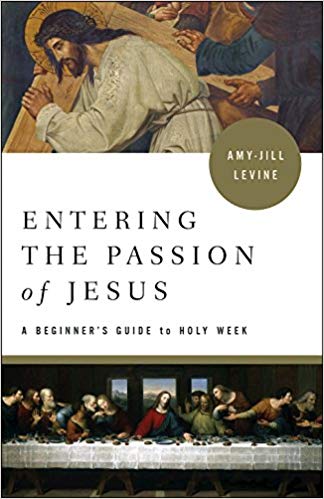 Q. On p. 8 you say “Nothing in the doing of history or the study of literature can ever take away from the theological claims of the church. There is nothing in these lessons that compromises the creeds or the deep beliefs you hold.” Yet many have found that critical study of the Gospels including this material has challenged their faith, because they are convinced that some of the major theological claims about Jesus and the last week of his life are grounded and founded on certain irreducible historical facts. For example, if, as some Muslims assert, Jesus did not die on the cross, then how exactly is the claim that that death atoned for sin grounded in history at all? Or again, if Jesus did not rise from the dead and appear to his disciples how exactly is the claim he is the risen Lord grounded in history, and not merely in the imaginings of grief-stricken followers of Jesus? In other words, when it comes to these crucial events it could be said that nothing can be theological true that is historically false, if the theological claim is based on certain historical events. Too sharp a distinction between history and theology would not seem to work for a historically based religion like Christianity. How would you respond to these fundamental concerns?

A. History and theology are not incompatible; to the contrary, theology not grounded in history is a betrayal of both Judaism and Christianity – theology without history erases the people who recorded their experiences in what each group sees as Scripture. Jesus’ followers saw him, after his death on the cross; I have no good reason to believe that they were inventing this experience. Something certainly happened to Paul. Other people, from the first century to the twenty first, have believed those claims. They believe without proof; they believe because the claim speaks to what they know, internally, in their heart, to be true.

The same point holds for those with the Catholic or Eastern Orthodox tradition who saw saints, or to whom Jesus or Mary spoke. I take their claims seriously. They truly believed in what they saw.

Religious belief – faith – is not based on logic, like Sudoku; it is based on love, or grace. I have no interest in challenging Christian theological claims, whether about the Incarnation or the Resurrection. I do, however, sometimes challenge my Christian students when it comes to action based on these claims. For example, if one believes both that the divine took on human flesh and that Jesus rose from the dead in bodily form, should that not create respect for the human body? If so, what are you doing to ensure that bodies receive necessary care? Do you honor your own body, which is also in the image and likeness of the divine?

March 7, 2019 Entering the Passion of Jesus-- Part Three
Browse Our Archives
get the latest from
The Bible and Culture
Sign up for our newsletter
POPULAR AT PATHEOS Evangelical
1