Jonathan Edwards and the Ongoing Crisis in the Methodist Church 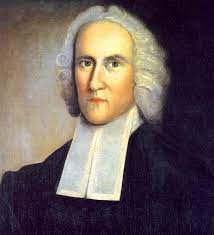 Jonathan Edwards has often, and rightly, been recognized, as the greatest theologian in the short history of America.  While John Wesley did not agree with some of Edwards Calvinistic dogma, he was fully appreciative of his famous ‘Narrative of Surprising Conversions’ originally entitled A Faithful Narrative of the Surprising Work of God in the Conversion of Many Hundred Souls in Northampton (1737)which chronicled the 18th century revival in New England.  His work on ‘Religious Affections’ was also seminal in the thinking of the Wesleys.  In this post, I want to focus on one particular quote of Edwards: “If people don’t bring their practices to agree with their principles…they will.. bring their principles to agree with their practices.”  This, I would suggest is what has happened in my UM Church in regard to the issues of human sexual behavior and what counts as a proper Christian marriage.  It’s not that the Biblical verses relevant to such discussions have changed, no, its that human experience has led to a reinterpretation, a reinventing of the wheel in regard to these texts so that they conform to what is assumed to be a more enlightened view of human sexual experience and what counts as Christian marriage. So let’s think for a minute about the issue of ‘experience’ and the cry ‘I cannot deny my experience’.

The problem with all sorts of human experiences is that they may be quite genuine, but not good, quite real, even pleasurable but not moral by Biblical standards.  Human experience itself is not a moral authority-— it is varied and various in character.  Albert Outler, who was widely credited with the notion of the Quadrilateral (Scripture, Reason, Tradition, Experience) later lived to say that he greatly regretted having even talked in those terms.  As he was later to admit, experience may teach us many things but it is not inherently a moral authority. For Wesley while Scripture, Right Reason, and Tradition were all seen as moral authorities of sorts, with Scripture being the ultimate authority which normed the other two, experience was never seen as some sort of trump card, which had final authority in matters of sexual morality or marriage.  And rightly so.  Better to see tradition, reason, and experience as possible windows into the central truth of Scripture, the norm of all norms. Experience including human feelings and emotions are notably unreliable guides to truth or morality.  The cry ‘I cannot deny my experience’ should be answered with, actually yes you can, insofar as a person should be critically evaluating his or her experience as to whether it is good and godly or not.  Does it comport with the clear teaching of Scripture, Christian tradition, and reason, and if not then those experiences should be placed in the category of ‘bad experiences’.

But why is human experience not the final litmus test of what is true and good?  The answer is that we are all fallen creatures, and the heart is a lonely hunter indeed, capable of producing all sorts of self-deception. Even when a case can be made that ‘I was born this way, with this sort of sexual orientation’ that in itself would not make it necessarily a good thing at all.  All of us are born with some flaws, and some of us are born with flaws that affect the way we evaluate what seem normal and good to us.  It is quite impossible to simply say ‘I was born this way, so God must have made me this way’ when we are all too aware of people born with all kinds of physical, mental, personal problems and  dysfunctions.   We can never as Christians simply say ‘whatever is, is right’ or the way it ought to be.  Not when all have sinned and fallen short of the glory of God.  This is to forget the sound teaching found in Proverbs 14.12— “There is a way that seems right to a man, But its end is the way of death.”  or just as telling Proverbs 30.12: “There are those who are clean in their own eyes but are not washed of their filth.”   How one views or feels about one’s self is no infallible guide to what the real truth is about that person. And frankly these verses apply to all of us.

I have had experiences in my life which at the time I thought were good and godly, I felt fine about them, but later upon reflection and good counsel from others in the context of closely evaluating such things in light of Scripture, reason, and tradition, I realized I was not only naive about such things in a egoistic sort of way, I was self-deceived.  It was all too easy for me to convince myself that those experiences were X, when in fact they were Y.   My heart was making me offers that I couldn’t refuse, and my mind was coming up with self-justifications for those desires.

In an affective age, all of us, and I do mean all of us, need to grow a critical self-evaluative dimension about our thoughts and feelings, and the best way to do that is in community, as well as in deep reflection on the Scriptures and Christian tradition.  For example, there is a difference between what Edwards and Wesley called religious affections— having to do with the fruit the Holy Spirit produces, namely godly love, joy, peace patience, kindness, and self-control, and mere human feelings that can be produced by a plethora of external stimuli as well as internal flaws.  In short, all of us need a reality check in an experiential age, ESPECIALLY IN REGARD TO OUR FEELINGS, INCLINATIONS, ATTRACTIONS, DESIRES.

In short, sadly in my UM church for decades now we have had a strong minority of persons lobbying and lobbying and lobbying to overturn statements in our Discipline which reflect the entire history of Christian tradition in regard to appropriate sexual behavior and what counts as marriage because in their view it does not comport with or condone or conform to their experiences.  They are doing precisely what Edwards said— trying to conform their principles to their own practices and behaviors. And frankly, as Edwards and Wesley would have said– they should be ashamed of themselves, instead of throwing around words like ‘hate speech’ or intolerance against those who would hold a tradition view on such matters.

April 3, 2022 Renegades Born in the USA
Browse Our Archives
Related posts from The Bible and Culture