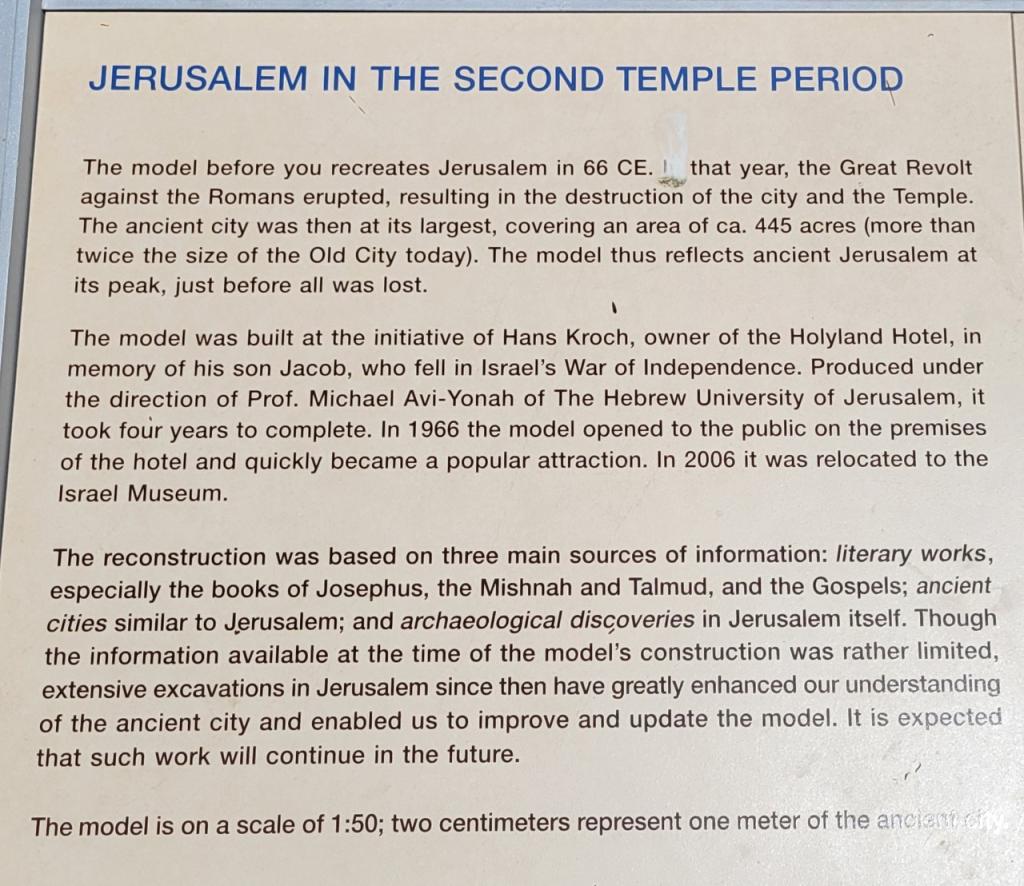 The Holy Land Hotel model of first century Jerusalem (no longer housed at the hotel, but rather at the Israeli Museum complex and still being updated regularly) is an amazing look back at the city as Jesus saw it… 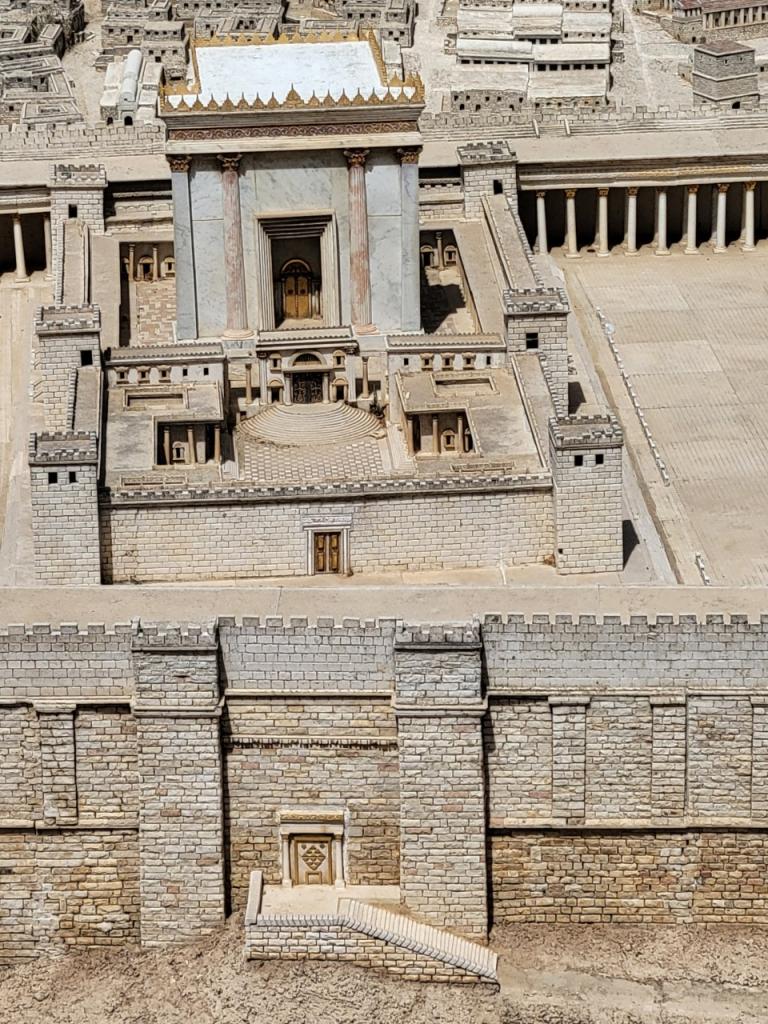 Here’s the holy of holies and the court of the men in the temple, as well as the west gate into the city. 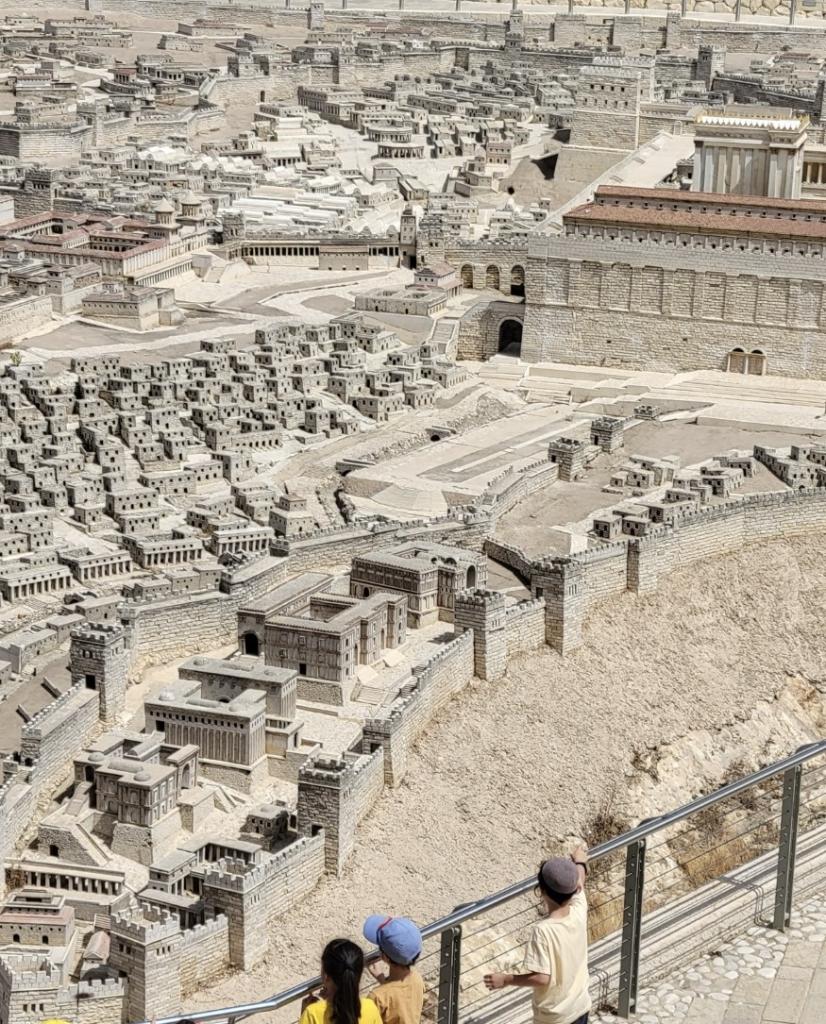 This is looking from the south, from the city of David up to the southern entrance into the temple complex.  Mt. Zion, not pictured, is to the upper left. Notice the wealthy persons homes in the lower left portion of the old city of David.Below  are  the  pools  of  Bethesda  on  the   north  side  of  town.  In  general  that  side  of  town  was  less  developed  and   less   inhabited,  probably  because  it  was  the   most  vulnerable  to  attack,  not  protected  by  a deep  valley. 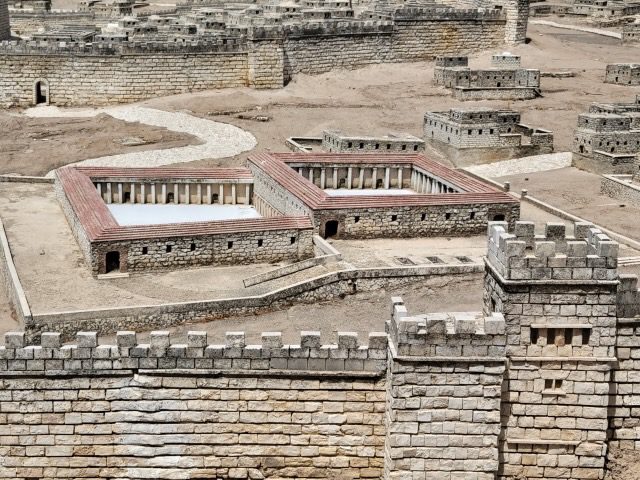 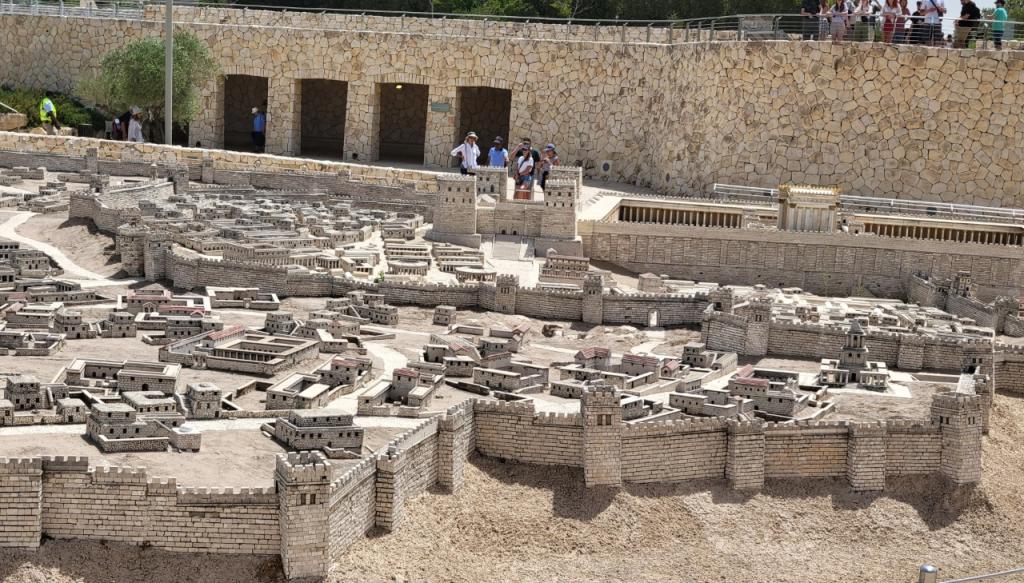 From the east we are looking towards the Antonia Fortress next to the temple complex.  You also see in the middle of the picture a pool complex, perhaps Solomon’s pools. 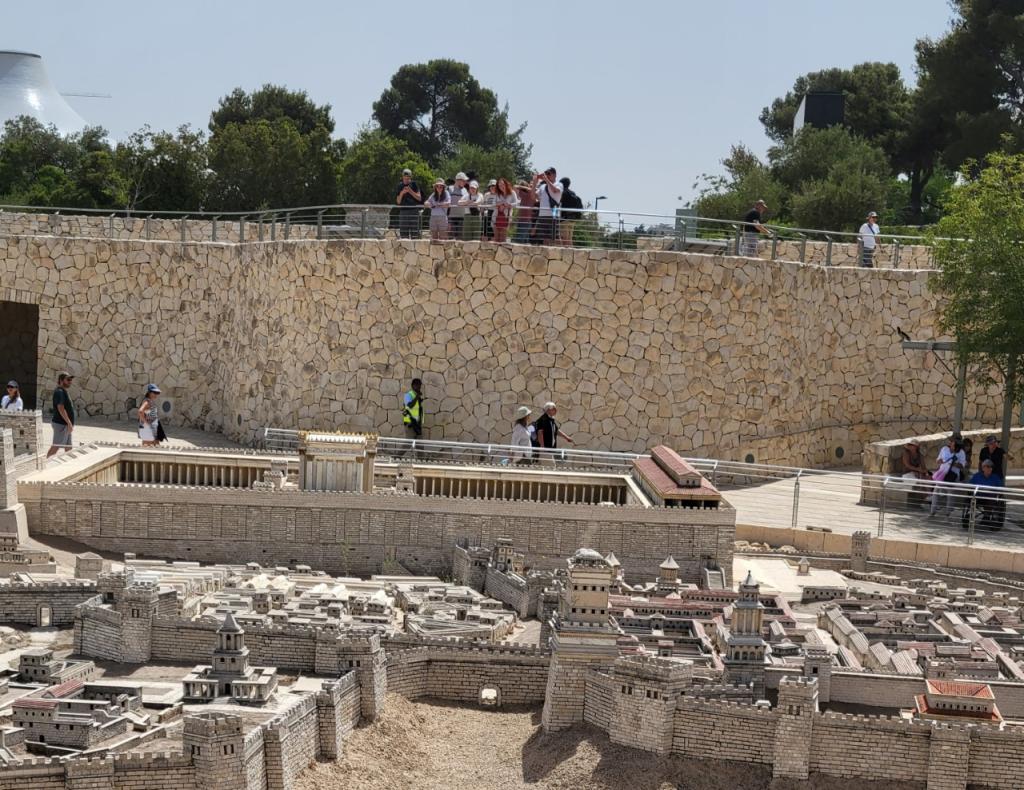 We are still looking from the east, but here you can see the Phaesel tower and the eastern gate. 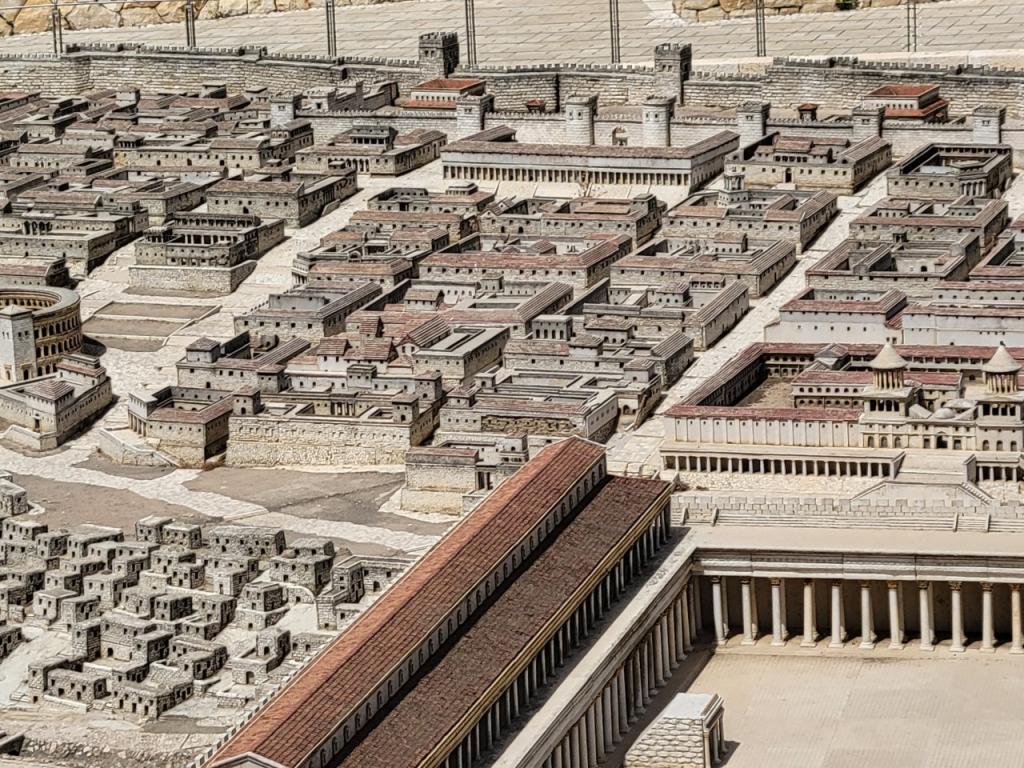 Looking from the Mt. Olives towards the west again we begin to see Mt. Zion and at the corner of the picture you can see the theater that Herod built, with pagan Greek and Roman plays to be seen, and this right in the shadow of the temple. We know this place existed because we’ve found theater tokens in the excavation, but not the theater itself, but perhaps it was destroyed in 70 A.D. 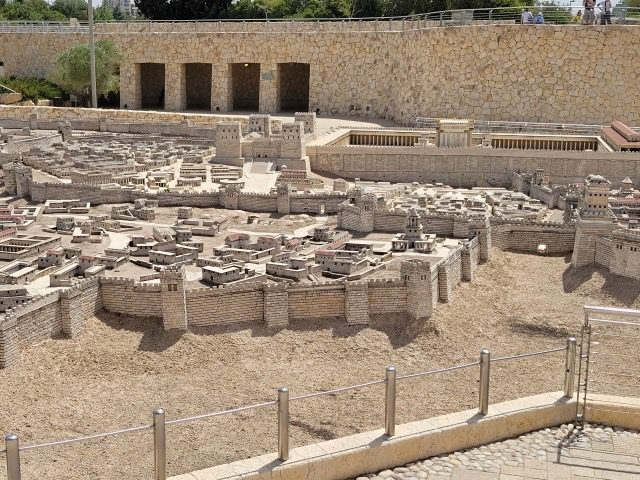 From this angle on the west side of the city, you begin to see how much smaller the ancient city was that the ‘old city’ today with it’s Muslim walls built by Suleiman.  Yes, the Church of the Sepulchre is within those latter walls, it would not have been in Jesus’ day. 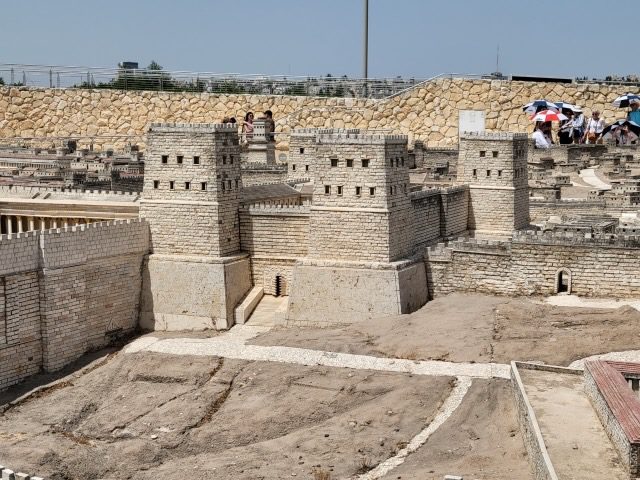 Here is a clear shot of the Antonia Fortress which abuts the temple complex. It is unlikely that Pilate or Herod would have stayed here with the soldiers in Jesus’ day, in which case the Via Dolorosa should not begin there, but rather on the other end of town where Herod’s Palace was. 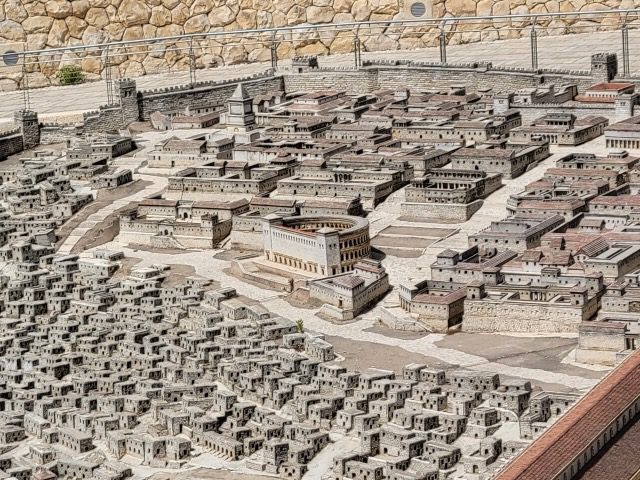 In the middle of this shot is the Herodian theater and the homes of the more elite on Mt. Zion, including priests and the high priests.  In the bottom portion of the picture you see the homes of the ordinary residents of Jerusalem.  But there is the remnants of precisely such a theater in Caesarea Maritima and here is the description and picture. 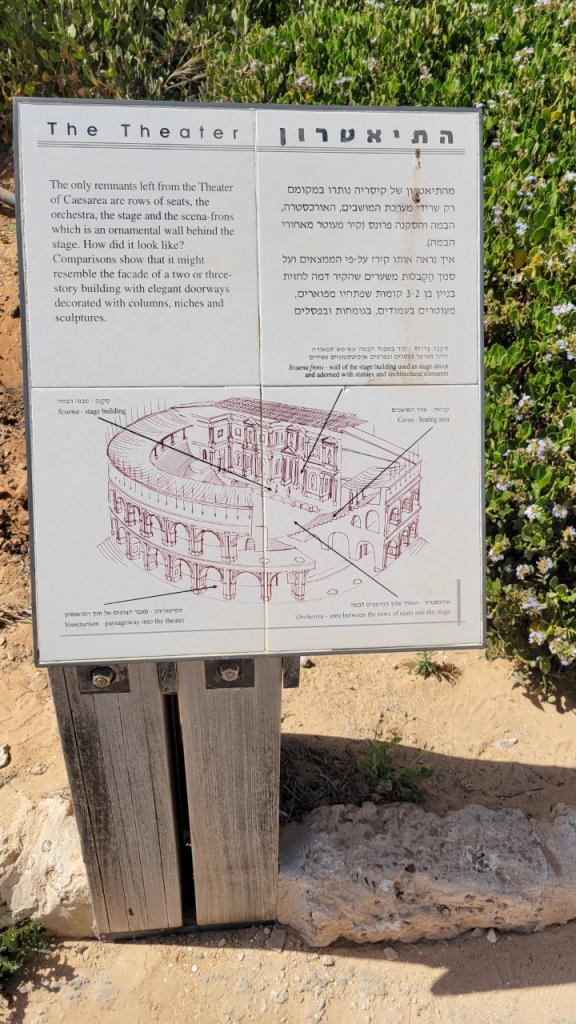 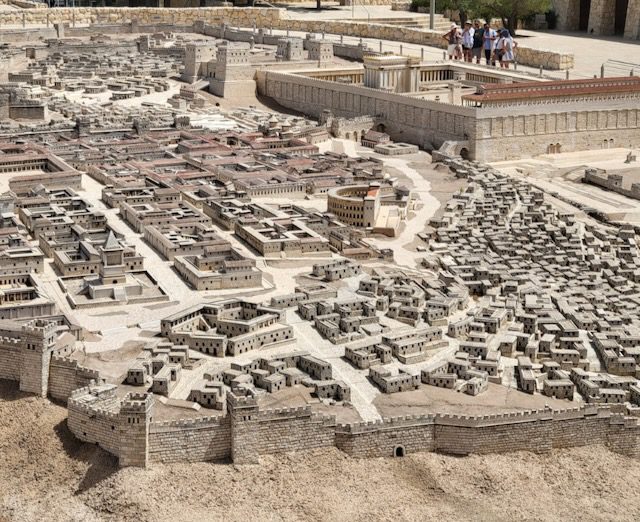 This is the view from the southwest side of the city looking across Mt. Zion towards the theater and beyond. 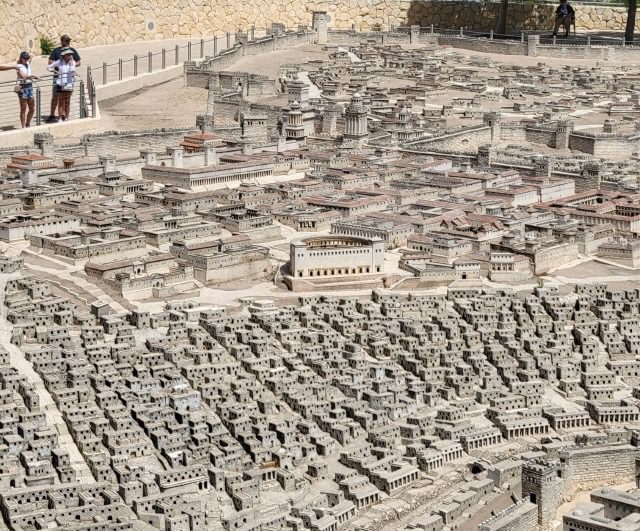 November 9, 2022 Into Israel-- Part Five
Browse Our Archives
Related posts from The Bible and Culture