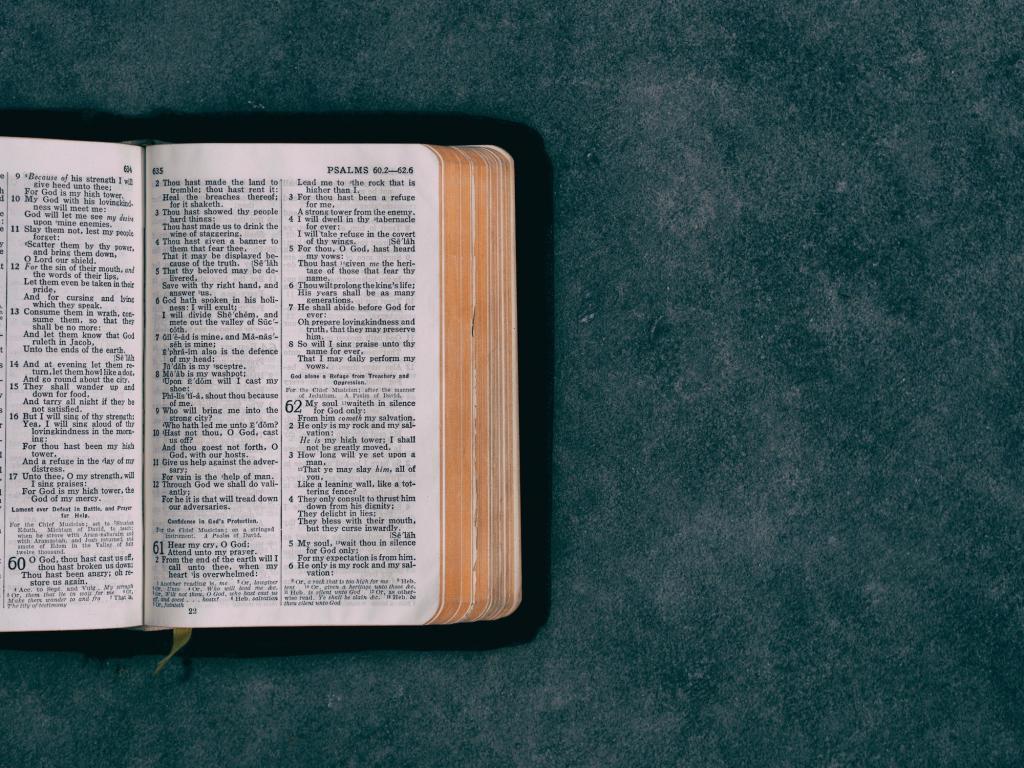 The King James translators over 400 years ago were no different than those of our modern times. They, like those today, had to make decisions about which manuscripts to trust, which verses to remove and which to add.

Bibles do not magically come to us. Between the journey from Paul’s pen or Proverb’s stylus to the local Barnes & Noble, was a long trip that included lots of copying and eventually, detective work. As many Christians eventually come to discover, often with shock (thanks Bart Ehrman!), the Bible we hold is a reconstruction of what we believe to be the original text, but not necessarily guaranteed to actually be that text. What that means is that each Bible translation is not only an attempt to better translate a verse, but is also a new attempt to decide whether that verse even belonged in the Bible in the first place.

To make a long story short: when Paul first wrote his letter to the Galatians, he only wrote one. Then that letter was copied by whoever could do so in Galatia to send to others. The problem is that each person copying was likely not a trained scribe (most Christians were women, children and slaves). That means that many copies had errors included due to untrained scribes making mistakes. Unfortunately, the people who received those “bad” copies didn’t know they were bad, and so they used those copies to make their own copies! And of course, they had their own untrained scribes who copied the bad copy and made more mistakes on top of the previous ones. And this process would continue on and on.

Translators have a problem: no two copies of the Bible’s books are exactly the same. They have to decide which are the good copies and which are the bad. This process of reconstructing the original text of say, the Gospel of Mark or any other ancient work, is called Textual Criticism. It’s the science of what happens when you have 25,000 copies of the New Testament, but lack the original documents (or autographs, as they are often called). As a result of this process of testing and reconstruction, many verses in Bibles later get removed (and new ones get added) over time. This is best and most controversially seen with respect to the King James Bible (1611) which has a large number of verses that all modern translations today do not include.

As a result of this quite big discrepancy, some conservative KJV readers become quite distressed to discover that new Bibles appear to be “missing verses.”

One of the things that I constantly hear about from people who are less excited by learning about things like that is the claim [or the idea(l)] that prior to the King James, there wasn’t this sort of confusion or massive change about Bibles. In other words, it’s a modern phenomena to suddenly find out (or claim) that verses in older Bibles are forgeries and to not include them in new translations. The implication of this is almost always that there is a conspiracy to change the Bible. The most radical proponents of this (usually the only proponents), I’ve seen, are King James Onlyists.

However, having lived and breathed this stuff for a number of years (it was actually the issue that reignited my faith), I know without a doubt that isn’t the case. In fact, Bibles have been removing and adding (and then removing again) verses since Bibles were first put together. And I knew that the King James wasn’t (and couldn’t be) any different. It had probably added and removed verses just like modern translations do.

There was just one problem with that hypothesis when I thought of it: when you search online for any websites or books detailing this idea, I couldn’t find any. The only websites or information that appeared were those noting the differences between modern versions and the KJV, not the KJV and even earlier English Bibles.

And so, when this issue perplexed me many months ago, I did what anyone sane would do: I turned to Google Books and searched for any material from the 1700’s and 1800’s that detailed this. Luckily, I found scattered references to some of these issues. After several days of research I compiled some of the most important of these examples and now provide them here together for what might be the first time online (unless someone can show me where else they might be).

So without further ado, here is how the King James translators changed the English Bible (or in some cases, failed to). Let the conspiracy theories begin!

VERSES (OR PARTS OF VERSES) REMOVED

Commentary: One of the biggest changes that was made by the King James Bible was the decision to remove the above section of Psalms 14 in bold. The above version was included in the Wycliffe (1395), Coverdale (1535) and Great Bible (1539) versions. It was ultimately judged by the KJV translators (and some others, such as the Bishops Bible) to be a forgery (textual addition) and removed. Modern Biblical Scholars (textual critics) have agreed with the decision and no Bible has sought to include it.

Yet, the point to take from this is that if someone had been in the year of 1620, having a Bible study with someone using the Great Bible or Coverdale and they were using the newly translated King James, they would have discovered that there was more than a difference in translation between them. The King James had removed part of scripture! (Conspiracy? I think not.)

Commentary: This particular verse was only produced this way in the Great Bible (1539) and so in some sense was an addition that earlier English Bibles did not have. When the King James Bible of 1611 came out, the verse was removed again, as the translators deemed it not trustworthy.

Commentary: Again, this is another verse that was removed by the King James but which the Wycliffe translation and Great Bible had. Before the KJV had removed it, the Coverdale and Bishops (1568) had likewise not included it, so it was a controversial text even before the KJV. If you’re noticing a pattern it’s this: even before 1611, all of the English Bibles disagreed on what the text of the Old and Nee Testament exactly looked like and what verses or parts of verses were actually scripture.

Commentary: This verse, like others, derived from the older Latin Vulgate translation and was included in the Wycliffe and Great Bible but was ultimately rejected by the KJV translators.

(If I were a conspiracy theorist living in the year of 1615, perhaps I might conjecture that the KJV removed the text, not because it wasn’t authentic, but because those godless translators didn’t want to affirm the power of the gospel to move people! But I’m not and I wouldn’t, because that’s just silly.)

Commentary: The above portions in bold were included in the Great Bible but removed by others, including the KJV. However, in a reversal of our previous examples, it turns out the Great Bible had the correct text and not the KJV. Modern translations have reversed the KJV’s judgement and now typically include the portions in bold, recognizing them as authentically what Paul actually wrote.

VERSES (OR PARTS OF VERSES) ADDED

Commentary: This is a particularly interesting example because up until the KJV, all English Bible had refused to include the bold text and since the KJV, the majority of all modern Bible have equally refused to include it (the exceptions to this have been Evangelical leaning translations such as the NIV, NET, NLT, etc).

Commentary: Again, this is an addition to a verse that no other previous English Bibles had included and virtually all modern Bibles have rejected (the only exceptions to this are the 19th century translations WBT and YLT). In the end, the King James translators thought it was authentic, and as it turns out, history and further manuscript discoveries have proven they were wrong.

Commentary: The same thing as before is true here. No previous English Bibles included it and virtually no modern Bibles since the KJV will consider it anymore (the only exception to this I know of is the 1833 Webster Translation).

There are many other examples that I could give, but the one’s provided here will suffice to give the basic picture that is needed. The King James translators over 400 years ago were no different than those of our modern times. They, like those today, had to make decisions about which manuscripts to trust, which verses to remove and which to add. And what we see at work with the early English Bibles was also most assuredly at work in countless other translation efforts, including the earlier translations of the Vulgate and the Septuagint. As Ecclesiastes once so eloquently said, “There is nothing new under the sun” (Eccl. 1:9).

Funny enough, it appears that even in the past, there was not a conclusive list or discussion made of the changes that the KJV made. This means that unlike the modern phenomena of KJV Onlyists becoming worried by the idea of verses getting removed or added, people in the 1600’s didn’t seem to think anything strange of the decisions that the King James made. Perhaps we can learn something from that?

Hopefully this post will prove helpful to some people who still struggle with the issue of Textual Criticism and how their Bibles have been put together. If anything, it can provide another reason to open up the Bible and discover something new (or in this case, something now missing). The Bible after all, as it can be seen even by these examples, is a living document… and that’s one of the many reasons for what makes it so powerful to me.

Update (10/22/17): This article has been updated to reflect small changes to the commentary on 2 Samuel and a couple other places. Thanks is due to willkinney for bringing these to my attention. 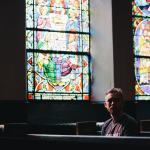 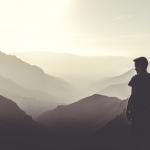 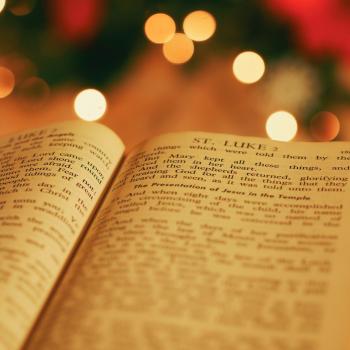