Is the Historical Jesus Biblical? 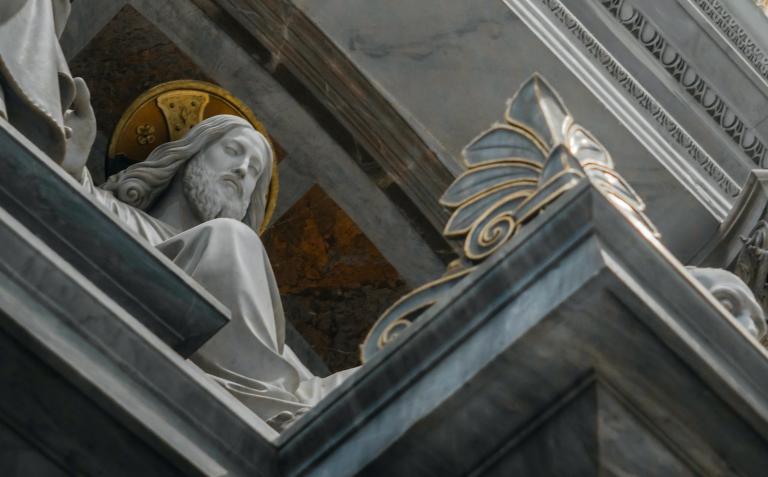 THE IDEA OF A HISTORICAL JESUS

It seems like a year doesn’t go by when some new scholarly research, new academic book, or new sensational documentary about Jesus debuts. What most of these accounts have in common is that they almost always seek to discuss and explore “the Historical Jesus.”

The idea of a “Historical” Jesus has been a topic of much discussion and consternation over the past hundred plus years. The basic assumption of most of these scholars is that the finalized portraits of Jesus that we find in the Gospels do not reflect the version of Jesus that would have been known to most or any of the people described in the Gospels.

Many Christians, mostly those of a conservative disposition, find that proposition problematic. The Gospels are believed by them to be historical snapshots of Jesus without any or much editing or alterations undertaken.

But is this belief biblical? They assume so, since they imagine that if a Gospel presents Jesus a certain way in a story about his life, that this must be the way that Jesus really was.

However, biblically speaking, the truth is more complicated, and of course, far more interesting.

In my recent book, Saying No to God, I touch on some of these beliefs (inerrancy, authority, etc.) with regard to the Bible as a whole.

In this article, however, I want to discuss the specific topic of the relationship between the gospels and history.

In the earliest of our gospels, we find an interesting claim made regarding Jesus. It is said that Jesus spoke in ways publicly that were so confusing that nobody understood him, including his disciples.

When he was alone, those who were around him along with the twelve asked him about the parables. And he said to them, “To you has been given the secret of the kingdom of God, but for those outside, everything comes in parables; in order that ‘they may indeed look, but not perceive, and may indeed listen, but not understand; so that they may not turn again and be forgiven.’” (Mark 4:10-11)

Mark also expands this, noting that:

… he did not speak to them (the public crowds) except in parables, but he explained everything in private to his disciples. (Mark 4:33)

This same tradition is echoed in Mark’s later redactors, particularly the Gospel of Matthew.

Jesus told the crowds all these things in parables; without a parable he told them nothing” (Matt. 13:34)

Note what Mark and Matthew claim: that “he did not speak to them except in parables” and “without a parable he told them nothing.” The problem with these claims is that neither Mark nor Matthew depict Jesus in this way. They often have Jesus deliver teaching in plain speech.

While the Jesus of the Gospels certainly comes across as puzzling at times and aggravating to the Sadducees and certain Pharisees, the Jesus one finds there is not so incomprehensible that we are left like the disciples asking: “What in the world are you talking about?”

In other words, the vision of Jesus one finds there does not match Jesus’ own claim that he teaches in such a way that nobody can find the answer.

Mark underscores the incomprehensibility of Jesus by noting how the public crowds reacted to his confusing teachings. For example, when Jesus returned home, a crowd gathered to listen to him and soon after Mark 3:21 reports that “people were saying, ‘He has gone out of his mind.'” And likewise, “He had an unclean spirit” (Mark 3:30).

Likewise, when Jesus once again later in the Gospel returns again to his hometown, “he began to teach in the synagogue, and many who heard him were astounded” (Mark 6:2). Although this might sound like a positive or neutral response to his teaching, we are inexplicably informed that “they took offense at him” (6:3).

In other words, Mark is underselling just how strange Jesus’ teachings were to most people.

In fact, even much later in the Gospel of John, this idea remained part of the tradition. There we learn that Jesus was still remembered for teaching things that were “difficult” which “offended” people, who “complained” about his strange teachings: “who can accept it?” (John 6:60-61).

When we recognize this strong and consistent tradition about the incomprehensibility of Jesus, especially within the earliest gospel, Mark, we are forced to confront an important question:

Why doesn’t Mark’s presentation of Jesus match his description of the Jesus that the crowd’s heard?

The truth is that Mark has already hinted to us about the answer. Although Jesus only taught in confusing parables to the public, not explaining anything, he supposedly did present a much more straight forward series of teachings in private to his disciples.

In this respect, Mark’s gospel is implying that the reason that his narrative’s portrayal of Jesus is different from the descriptions he provides is precisely because what we are reading in Mark isn’t a reflection of those public interactions. No, instead, they are a depiction of the latter private interactions.

Instead of reporting on what Jesus historically might have said that was so polarizing, we are led to believe that Mark is providing us with the secret and more plain teachings of Jesus. Instead of listening to the cryptic Jesus and then later hearing an interpretation, the cryptic version of Jesus is already merging with the secret version.

As readers of the Gospel, and in a sense followers of Jesus akin to the disciples, we are privileged with the portrait of Jesus that the crowds never saw or heard.

But more importantly, Mark is revealing something that has been staring at all of us and we were too blind to see it: that he and the other Christians already understood that there was a difference between what one might call “the Historical Jesus” and the vision portrayed in the Gospels.

Although Mark would defend his vision as also being historical (in spirit), he is careful to distinguish his secret and sensible Jesus from the “historical” and perplexing public version that the crowds heard and were offended by.

For Christians who are unsure what to think about the research done on the pursuit of reconstructing the Historical Jesus, it might be helpful to utilize Mark’s account to make sense of it.

And in this respect, the very idea of a Historical Jesus is as biblical as they come.

If conservative Christians wish to accept Mark’s claim that his vision reflects the authentic secret teachings of Jesus passed onto the disciples, this faith commitment does not negate the need and legitimacy of investigating the historical public persona of Jesus that most would have encountered, and recognizing that it’s vision of the Nazarene and even his very words might be quite different from Mark’s.

Matthew J. Korpman is the author of the book Saying No to God: A Radical Approach to Reading the Bible Faithfully (Quoir, 2019). Pursuing his Master of Arts in Religion at Yale Divinity School, he holds four bachelor degrees in fields such as Religious Studies, Philosophy, and Archaeology. He is an active member of the Seventh-day Adventist church and undertakes diverse research. You can find his website at www.matthewjkorpman.com

March 30, 2020
Baby Yoda and the Biblical Canon
Next Post 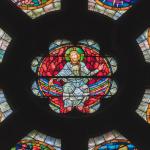