Five Things You Don’t Know About Christmas (and probably should) 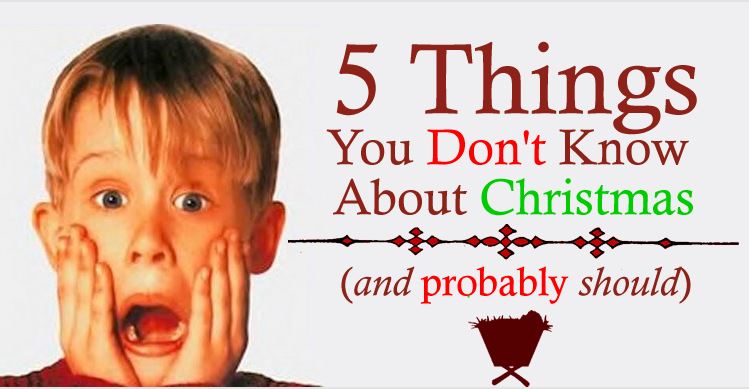 Christmas is almost here and Patheos  is hosting a special conversation about it called “Modern Magi on the Meaning of Christmas” featuring me, Scot McKnight,  Nadia Bolz-Weber, and Kyle Roberts. As an introductory post I thought I would share a few little known facts about Christmas that I think can make a big difference in how we experience the season today.

1. Advent is an older Christian practice Than Christmas Is

As many are certainly aware, we are now deep into Advent. Advent is a time of year when the Church prepares itself for the coming of Christ both in the Christmas celebration of the Nativity and in the hope of the Christ’s return. What you may not know is that the Church was doing Advent before the development of a Christmas feast. Although there is no consensus among scholars to exactly how advent came about, one thing is sure; expectation of the Parousia (coming of Christ) in Early Christianity was palpable. A kind of proto-advent seems to have emerged in the early years of the faith, where Christians would fast and pray that their hope of restoration would come to completion in Christ’s reappearance.  This period was eventually attached to Christmas.[1]

What this means for us: It is easy just to think of advent as a time to prepare for Christmas. That, however, is not the point. The reason we look to Christmas during advent is because it reminds us to be alert. God is at work in the world, Christ shows us that; and advent is an affirmation that that work is not yet complete. As Jesus states in Revelation 21:5, “behold I am making all things new.” Are we open to the renewal of God in our own lives? Have we set our eyes on becoming holy? In my life the answer to that question is often, “no.” Thankfully we have Advent, which refocuses our lives on the great hope we have, and the call to love that beckons us each day.

2. The Christmas story tells the life story of Jesus, in miniature

Both Matthew and Luke mirror the life of Jesus in their birth accounts. Luke uses his birth account to reflect themes that are included throughout the rest of the Gospel, for example Luke offers three travel narratives toward Bethlehem/Jerusalem in chapter 2. [2] These accounts mirror the travel narrative that guides the central part of Luke’s Gospel, from Luke 9:51 up into his entry into the city at Holy Week. Similarly Matthew offers his own gospel-in-miniature. In his infancy narrative, the leaders in Jerusalem receive the word and reject it (Matt 2:1-7) mirroring (Matthew 26:1-5). Matthew then includes a proto-passion (2:16-18), and even a resurrection account (2:20a) which ends with Jesus in Galilee (2:22-23).[3]

What this means for us: This theme of seeing the whole of the Pascal mystery in the birth narrative is powerful. These stories were told to help the Church better understand the work of God, manifested in Christ. The Christmas stories open our hearts to live out God’s love in the kingdom of God. We are now in a time of year where images of Christ’s birth surround us. Look beyond the diaphanous soft-focus cast upon the synthetic holiday paraphernalia, these over-played motifs have a deeper well. In each Christmas image the melody of salvation is softly being hummed.

3. The Story of Jesus Birth was Propaganda (and that’s awesome)

Luke opens his formal birth narrative by giving an explanation of how it came to be that Jesus was born in Bethlehem. He situates the impetus for travel within a census which is said to have been conducted throughout the whole world, or at least that portion which was under control of the Romans. The use of the “whole world” image employed by Augustus creates a subtle parallel. This Caesar, by making this demand, has made a claim at being the lord of the whole world.  This is contrasted with all the royal language which had just been attributed to Christ in the Magnificat and Canticle of Zechariah. Caesar is the lord of the world through temporal subjugation. Christ, on the other hand, is positioned to be the lord of the world through heavenly mercy (1:54).

When Mary and Joseph finally arrive in “the city of David”, the birth narrative is centered around a manger.  This detail by seems to be very important, since Luke  mentions it three times (2:7, 12, 16). This image is probably rooted in Isa 1:3 which states, “The ox knows its owner, and the ass its master’s crib; but Israel does not know, my people does not understand” (NRSV).[4] Luke is challenging his hearers to recognize their master’s crib, and the master contained within. It’s not Ceaser, but the Christ child.

It’s also interesting that Luke brings shepherds instead of Magi to honor Jesus. Luke focuses again and again on David, a former shepherd. This makes the focus on shepherds of messianic significance. If this was Luke’s intended connection, however, it didn’t last long. They soon became a representative to commentators as God’s grace to the lowly rather than to the religious elite.[5] Although this is a beautiful notion, the messianic connotations make more sense with the rest of the symbols used by Luke in this pericope.  They remind us of the shepherd King, who established a new dynasty in Israel.

Another element that is often forgotten is the military and imperial connotations of the description of the angels and the angels’ message. They are essentially God’s army, which is promoting a form of counterpropaganda. They are stating that “this day” marks a new eschatological shift. They tell the shepherds that there is a new imperial birth. The messianic lord is here, and he is born in the city of David. For a Jewish audience this announcement would be a validation of the beliefs of many that Roman power was illegitimate. For an imperial audience this would be nothing short of high treason.

What this means for us: The Christmas story was a reminder to the Early Christians of where their true allegiance was. They were citizens of a kingdom without borders, and were under a ruler without lands. Their banner was love, their mission was sacrifice, their constitution was proclamation. Let Christmas remind you to build the kingdom of God, and let it free you from our contemporary monarchies of xenophobia, materialism, covetousness, and waste.

4. Christmas isn’t about celebrating the Birth of Jesus

Don’t get me wrong, Jesus’ birth is a significant part of Christmas, but it’s not the primary point. This can be seen in the Gospel reading for Christmas day, which is John 1:1–18. This passage nowhere mentions Jesus birth account but instead is an account of the eternal generation of Christ and the advent of his light in the world. Christmas is not simply Jesus’ birthday, but a feast of the incarnation.  Christmas is a sacrament; it is a time in which we remember the highest outward sign of the inward grace God offers to the world. God  gives expression of his love in the universal language of flesh and blood, and offers the world a grace that communicates the totality of human existence – humanity itself.

What this means for us: As we are often overwhelmed with the waves of humanity running franticly to prepare for the holiday, it is easy to forget that each person we encounter – from the rude cashier, to the exasperating relative – is a reminder of God’s preferred philological form. God didn’t abandon humanity for their deficiencies instead God entered into the tumult with us.

Matthew  2:1-12  focuses on how the gentile’s come to Christ.  They first are observant to the natural world, which tells them of a royal birth through a star (2:2).[6] Next they turn to the Hebrew Scriptures for clarification on what God is doing (2:5-6). Finally they encounter Christ and respond with worship and gifts (2:11).  This trajectory offers a foreshadowing of the great commission – the “world” hears the message of natural revelation given by the star, then is taught by the Old Testament, and finally accepts a kind of proto-gospel by indicating that they accept Christ as their kingly lord.[7]

What this means for us: The Magi remind us of the universal mission of the Gospel. As Psalm 19 reminds us, even the sky proclaims the glory of God.The Magi discovered that. Keep your eyes open for God’s life at work all around you and follow it. Open the scriptures and see what new life emerges. Above all seek Jesus as your king.

[2] Luke collapses these neighboring towns into a unified “City of David.” For more on this see Raymond Browns excellent treatment of the birth of Christ in Raymond E. Brown, The Birth of the Messiah: A Commentary on the Infancy Narratives in the Gospels of Matthew and Luke, Updated Edition (New York: Doubleday, 1993). The three travel narritives in chapter 2 are the Travel to Bethlehem (2:4), the presentation (2:22), and Jesus as a boy in the temple (2:41).

[7] The gifts which are brought are fit for a king. By offering these gifts and worshipping they are receiving the star as an evangelist in the purest sense of the word.  The word gospel, or euangelion, was used in the ancient Greek to describe a message of imperial significance. This was often an indication of a royal birth.  See James R. Edwards, The Gospel According to Mark (Grand Rapids, MI: Wm. B. Eerdmans Publishing, 2002), 24.

December 8, 2014
The Call to be Immaculate: Why Holiness Matters
Next Post 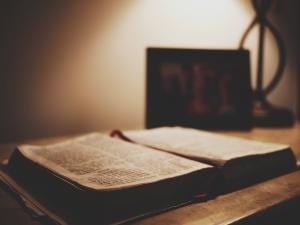 Catholic
Embracing The Prayer Book of Jesus
The Orant 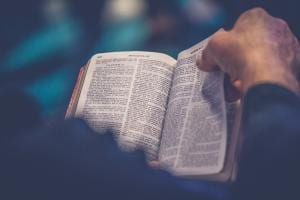 Catholic
A key to transformation this lent
The Orant