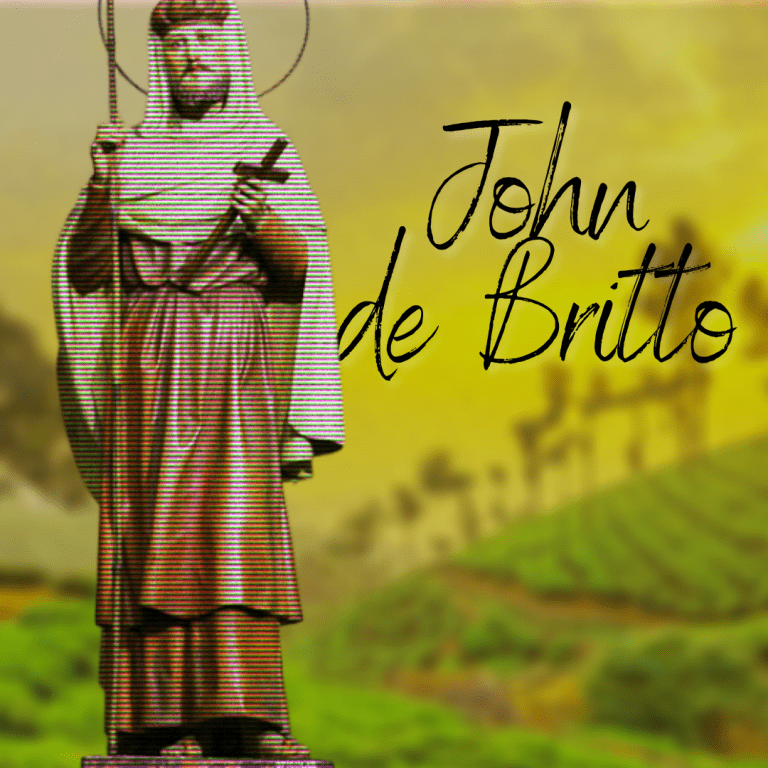 John de Britto was a seventeenth-century Portuguese Jesuit who is remembered for his mission to India and his eventual martyrdom there. His ministry is a powerful example to me because of the pains that he made to embrace and embody the culture that he sought to reach. Too often missionaries impose their own culture if it’s somehow an essential tenant of the faith. St. John de Britto instead modified his own life, diet, clothes, and habits so that he might best connect with those he wanted to reach. He even changed his name to Arul Anandar.

I love my culture, but I pray I may never hold it so dear that I am willing to harm the witness I make to Jesus Christ to preserve or sustain it.

February 3, 2021
Saint Oscar - A Ministry of Travail
Next Post

February 5, 2021 Saint Agatha & Incarceration
Recent Comments
0 | Leave a Comment
Browse Our Archives
get the latest from
The Orant
Sign up for our newsletter
Related posts from The Orant