Mercy & The Man in the Mirror

“But when they continue asking him, he straightened up and said to them, ‘Let the one among you who is without sin be the first to throw a stone at her.’” 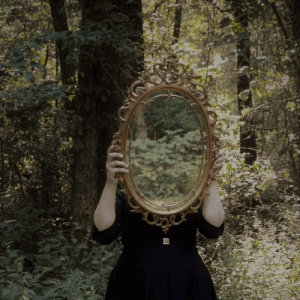 Have you ever been too quick to judge someone?

Life is filled with difficult decisions. There are times when knowing what is right isn’t simple.  Jesus’ enemies believed that they could discredit him by putting him in situations like this and would often lure him into seemly impossible situations.

Today’s passage comes from one such example. A woman is caught committing adultery and is dragged before Jesus. They ask Jesus what should be done. Clearly, the woman has violated the Jewish law. Under strict adherence to that law, the penalty should be death by stoning. However, this would violate both the law of the land where executions needed to be carried out by Roman officials after formal legal proceedings under Roman rule as well reflecting the God who describes himself as  “merciful,” “slow to anger,” and “forgiving of sin” ( Exodus 34:6–7).

Jesus shifts the perspective away from defining the permissibility of action to recognizing the humanity of the persons involved. He asks the accusors to first examine their own life and actions. He reminds each of them of the ways in which they all have been in need of the mercy and grace that they want to deprive the women before them.

There are many times in life when I am faced with news of some terrible thing that someone has done. It is easy to condemn in these situations. Jesus’ example reminds me that my response should always be tempered with an honest self-examination and should seek to open the door to mercy.

—————————–
Question of the Day
How might God be challenging you to reflect the mercy you’ve received to others?