Saint Maximilian of Tebessa – The Courage on Conscience 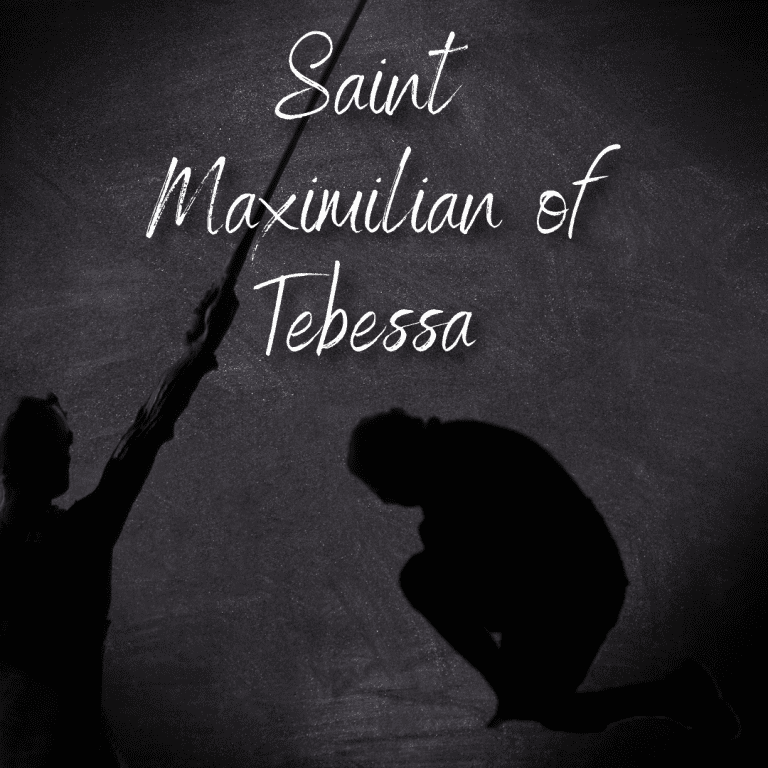 Saint Maximilian of Tebessa was an African saint from the third century. When he was compelled to enlist in the Roman army his conscience would not allow him to swear allegiance to the emperor. As a result, he was beheaded. He is the first documented conscientious objector but he would not be the last. Indeed, the Order of Maximilian, a group of anti-war clergy formed in the 1970s took their name from him and were inspired by his example. May God grant us the courage to follow our conscience as well.

March 13, 2021 Spring Renewal
Recent Comments
0 | Leave a Comment
"The day of my birthday, May 1st, is also a feast day of St. Joseph. ..."
Box Tinkerer Saint Joseph – Actions that Speak ..."
"This is so true! I reread the Practice of the Presence of God last year ..."
Kathy Sullivan St. David Of Wales – The ..."
"One of my favorite saints"
Ame Angela Merici – Humble, Simple, Practical ..."
"Is the Amplified Bible guilty of illegitimate totality transfer? I have compiled dozens of explanations ..."
Michael Weaver The Use of the Bible in ..."
Browse Our Archives
get the latest from
The Orant
Sign up for our newsletter
Related posts from The Orant