Enough of the Inquisition! Christianity and Genocide

Enough of the Inquisition! Christianity and Genocide January 29, 2012 Bradley Wright

Some time ago, I was having lunch with a good friend. The conversation turned to Christianity, and he asked me what I thought of it. I mumbled though my sandwich some generally affirmative answer, and he responded with utter conviction: “But what about the Inquisition?” In his mind, this Christian-based atrocity (which executed three to thirty thousand people) constituted sure proof against the validity of Christianity.

Ugh… This fellow is a good friend, and he’s very bright, but what a knuckleheaded thing to say.

The logic of this church-morality argument goes like this: The Christian Church should be perfect, and the Christian faith is invalid if the church displays a grievous moral failure, which it has done many, many times. This argument is inconsistent with Christian beliefs, let alone common sense, both of which hold that the Church is not perfect.

This argument is not apostasy, it’s bad social science.

Okay, I don’t think that counting up atrocities is a useful way to judge religions, but if one is going to do so, at least do it accurately. From the above list, it appears that most of these terrible atrocities have been committed by governments or institutions rooted in belief systems other than Christianity. By the logic of this argument, then, Christianity is supported. 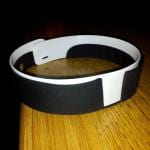 January 30, 2012 What’s the difference between a Pastor and a Priest?
Recent Comments
6 Comments | Leave a Comment
Browse Our Archives
get the latest from
Evangelical
Sign up for our newsletter
POPULAR AT PATHEOS Evangelical
1

Do We Really Want Everything That...
Cranach
Related posts from Black, White and Gray

An Interview on the Fourth Gospel
https://www.youtube.com/watch?v=yvxNemhbgaI

1708: Thus Is Religion Also Panic
In the opening years of the eighteenth century, England experienced an outbreak...
view all Evangelical blogs
What Are Your Thoughts?leave a comment
Copyright 2008-2021, Patheos. All rights reserved.