The Church Has No Effect on Your Life?

The Church Has No Effect on Your Life? January 21, 2012 Bradley Wright

A recent poll conducted by the Barna Group reveals that 46% of church-going Americans claim their lives have not changed at all due to their time spent in the pews. This seems like quite a large number. Certainly, one immediate reaction to this news is to think about the church’s effectiveness (or apparent ineffectiveness, in this case) when it comes to its goals of transforming lives through spiritual instruction and opportunities for service. No doubt, much could be written (and has) about the failings of the church as it attempts to be a relevant force in the day-to-day lives of its congregants. I distinctly remember reading a report 10 years ago about an urgent spike in church attendance right after the events of 9/11, which was followed by an almost-immediate return to prior levels. One writer pointed out, “After 9/11, Americans turned to the church in droves, only to be reminded why they weren’t attending in the first place.”

As a sociologist, however, I think the claims by these 46% are pretty dubious. One quintessential claim of sociology is that the socialization we receive is not only powerful and consuming, but is also subtle, often leaving us unaware of the forces that have shaped us. Of course, the fact that these 46% believe their church to have no impact on their lives is certainly an interesting fact, and tells us something important about their relationship with their church (and is likely correlated with their frequency of church attendance). But I would say that it is their belief that is the interesting finding here, not a reality that church actually has no effect on people. Does this reflect a special inability of religious organizations to affect change in the lives of believers, or is it merely another example of the difficulty we have noticing and acknowledging the social forces that shape us?

I see this difficulty every semester in my Introductory Sociology classes. When we begin discussing socialization, I 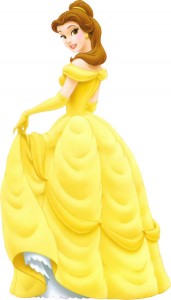 sometimes show a clip from the now 10-year-old documentary Mickey Mouse Monopoly. A central idea proposed by this film is the possibility that children receive subtle (and potentially damaging) messages about race and gender by watching Disney films. Examples explored include the omission of African Americans from many Disney films, and the tired damsel-in-distress tropes. Personally, I find this to be a fascinating discussion, and believe that this possibility is more than worth exploring. My students, however, have no problem confidently concluding that this is silly, that it’s ridiculous to think that a 5 year old watching Beauty and the Beast might have their views of gender roles shaped by Belle’s near-Stokholm Syndrome (full disclosure: my 4-year old daughter loves Belle, and my ambivalence about this doesn’t seem to matter to anyone but me). This underscores one of the main goals for sociology instructors, especially those who teach introductory courses: to help their students understand that they have been (and are being) shaped in ways undetected, by forces that are often taken for granted.

So as Christians, I think we should take this statistic with a grain of salt. Before we sound the alarms about the inability of churches to make a difference in the lives of believers, we should remember the wisdom of the sociologist.

January 20, 2012
Faith as Small as a Peanut: What One Black Christian Scientist Taught Me About My Work
Next Post

January 22, 2012 Why Even Go to Church?
Recent Comments
1 Comment | Leave a Comment
Browse Our Archives
get the latest from
Evangelical
Sign up for our newsletter
POPULAR AT PATHEOS Evangelical
1

What If Science Caused the Pandemic?,...
Cranach
Related posts from Black, White and Gray

Evangelical
The Church, Immigration, and Advocacy
Black, White and Gray

Christ Sides with You Against Your Sin, Not...
When I really love a book, I tend to either read it...
view all Evangelical blogs
What Are Your Thoughts?leave a comment
Copyright 2008-2021, Patheos. All rights reserved.