The Top 11 from ’11: Religion Research Studies in Sociology

The new year is always a time for lists, all kinds of lists. So I decided to try a new list, and one that hopefully helps readers learn what sociology profs do with all these charts, graphs and theories when they don’t teach it or blog on it. I’m teaching a graduate seminar class on how to publish in sociology, a kind of reverse engineering of the basic “product” that academic sociologists are known for: the research article. To that end, and since it’s the beginning of the new year, I thought this might be a useful experiment to review how religion shows up in the top research journals in sociology.

Like any job that has products attached with it, some are better than others and this inevitably means there’s a ranking. Scientists of all stripes rely on auxiliary and neutral organizations like ISI Web of Knowledge (which is part of Thomson Reuters) to create databases that list the research journals where scholars get their work published. But what’s more these lists include formulas to determine which journals are “better” than others. One way to measure quality is by “impact” or the degree of influence that a journal has on other journals. Basically if more papers in journal A are cited in the references of journals B, C, and D, then that journal is said to have a greater impact. And therefore if you get published in a journal with a higher impact score, you and your research supposedly gained more visibility and consequently more prestige. You can see what the “Impact Factor” rankings look like in the Social Sciences Edition of the Journal Citation Reports (JCR) [access might be limited if you’re not linked with a university library]

That said, I selected only the sociology journals and the JCR gives me 132 journals (that’s actually not a lot compared to other sciences but regardless, we read a lot of research papers). When we look at them by impact factor we get this list of “top 19” journals (as of January 2012):

Seems simple enough, but if you’ve gone to graduate school in sociology you will notice that you may have never heard of journals like Human Ecology, Language in Society, and the Annals of Tourism Research. So if readers will excuse my bias, I skipped over a number of journals that somehow wind up having high impact but aren’t usually recommended for getting your research published. The edited list looks like this and in parentheses at the end I include the number of papers that had any mention of “religion,” religious groups, practices or beliefs in the abstracts: 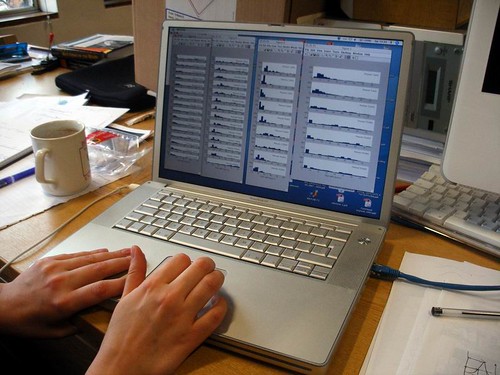 To put it another way, I had to skim through all issues of each of the top 18 (or the top 15 of the ones I had heard of) most impactful journals in sociology just to identify 11 studies that had religion somewhere in the summary abstract. Each journal contains about 6-8 articles and there’s about 4 to 6 issues per year for each one. We’re talking maybe 500 studies all told.

So I’ll end with a salute to the authors who have published their work from these top-ranked journals and invite readers to take a look at some of these studies – which one seems the most intriguing to you? I’ll blog about the full study based on popular vote since you can only access the abstracts here.

1 Buyukokutan, Baris. 2011. “Toward a Theory of Cultural Appropriation: Buddhism, the Vietnam War, and the Field of US Poetry”, American Sociological Review 76:620-639

3 DiPrete, Thomas A. and Andrew Gelman, Tyler McCormick, Julien Teitler, and Tian Zheng 2011. “Segregation in Social Networks Based on Acquaintanceship and Trust.” American Journal of Sociology 116: 1234-1283.

4 Goh, Daniel P.S. 2011. State Carnivals and the Subvention of Multiculturalism in Singapore. The British Journal of Sociology 62: 111-133.

5 Ellison, Christopher, Marc A. Musick, George W. Holden. 2011. “Does Conservative Protestantism Moderate the Association Between Corporal Punishment and Child Outcomes?” The Journal of Marriage and Family 73: 946-961.

Announcing...Living the King Jesus Gospel (A...
Crux Sola: Formed by Scripture to Live like Christ
Related posts from Black, White and Gray