Religion in the News: What Does it All Mean?

Religion in the News: What Does it All Mean? March 27, 2012 Bradley Wright 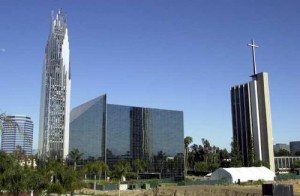 Several news stories about religion in the U.S. have caught my attention over the last couple of weeks, and they each highlight a different lens on what the future may hold for these and other groups, and how the public perceives religion as an enduring (or not) institution in society. First, and this has been a long time coming, the Crystal Cathedral has finally met its demise. After bankruptcy, the sale of the landmark sanctuary to the Orange County Roman Catholic Diocese and now the (somewhat ungraceful) exit of the entire Schuller family, the fate of the formerly iconic megachurch has been sealed. Whatever the future holds, the Crystal Cathedral will no longer enjoy its identity of the past 40 years—a cultural landmark melding Christianity, American consumerism and celebrity.

As the Crystal Cathedral story was making headlines, including on the “CBS This Morning” show (alas, my interview ended up on the digital cutting room floor!), just up the freeway from the Cathedral’s home in Garden Grove, the Los Angeles City Council was working on an important but complex redistricting plan. Buried two-thirds of the way into a recent Los Angeles Times story recounting the final approval of the plan were quotations from two of “several African American pastors” who were in attendance at the City Council meeting. These pastors spoke against the plan as it would, from their point of view, adversely impact the economic growth and development of large swaths of South Los Angeles. In contrast to the Schullers, these pastors were from medium-sized African American congregations and were acting as earnest advocates on behalf of their congregants and the surrounding communities. They are not famous, and the word “mega” does not figure into their modest stories—yet their actions and the cultural trends that they represent have enormous political implications citywide and beyond.

Within days of these two stories, the Los Angeles Times and the Associated Press reported that the Trinity Broadcasting Network, led by Paul and Jan Crouch (she of the ever changing hair color), is being accused by a former employee—and family member—of financial corruption intended to cover their use of company money to fund their lavish lifestyle. The lavish lifestyle isn’t the secret, but the corruption (if true) is the news item. Of course all accusations have been denied, but Crouch and company have had several similarly unsavory accusations leveled at them over the last several years, so we’ll have to wait for more revelations, or even a court case, to see what, if anything, is really going on.

Finally, the Dean of the Claremont School of Theology recently published an op-ed piece in the LA Times that argues for a re-thinking of how Americans approach religion and spirituality. He suggests that the “religious nones” are not necessarily rejecting a belief in God (no news there), and then suggests that “new” approaches like the “Emerging Church” present a “radically different solution” to the decline in affiliation with religious organizations. He suggests that the Emerging Church’s de-emphasis on doctrine and rigid organizational structures, and emphasis on being together, regardless of what one believes, so long as it involves a desire to engage with the teachings of Jesus, is the way forward for Christians and other religious groups—although presumably for non-Christian groups, the whole Jesus emphasis wouldn’t be the focal point.

For me, these four stories raise interesting questions about the current and future state of religion, in particular Christianity, in American culture. These questions include the following, although certainly there are many other important questions that could be asked.

First, what are we to make of the contrast between the consumerist ethos of Schuller and Crouch on the one hand, and the African American pastors fighting for their communities on the other? For me this raises two questions:

1) What is the role of the congregation in the larger community, and how can we make sense of it sociologically? For example, are important categories like race or social class a factor in the different roles that congregations take in relationship to the communities? Does theology play a role—that is, are some theologies more likely to encourage and support community engagement, while others are more inward looking and perhaps oriented toward individual spirituality?

2) What should the role of congregations be in regard to their surrounding communities? While this question is not something that social science allows us to ask, it is however an important question that church members and leaders can and should pursue, utilizing both the many theological and sociological resources available for them.

Finally, does the Emergent Church present such an unequivocal solution to the “religious nones” as the Dean of Claremont School of Theology would have it? My observations of the Emergent Church, included in Don Miller and my book, Finding Faith, suggest that while they may be onto what appears to be a new approach to Christianity and “doing church” (is anything really ever new?), they are rapidly becoming as institutionalized as the churches and denominations from which they are seeking to distance and distinguish themselves. In fact, I would argue that they are far from being an “emerging” or “emergent” church, rather, as measured by the amount of time they’ve been on the scene (at least 15 years), the number of institutions that claim some allegiance to being “emergent,” the books published by mainstream Christian presses (including book series on being Emergent), and leaders who are solely supported by their emergent religious activity (which is intended to build institutions sympathetic to the Emergent approach), they have established themselves as but one more option within the American religious ecology (Please note that I understand that this is a semi-global movement, in that it includes individuals and churches in the UK, Australia and other mostly English speaking countries.) 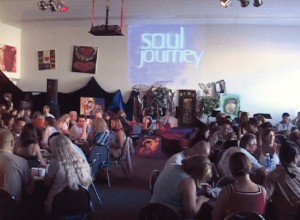 The group of people that so-called emergent churches are attracting are those who are looking for what we have framed in our work as an “expressive communalism” as related to religion. That is, people are looking for religious communities in which they are fulfilled spiritually, can express their faith (both in worship and in service to others), and where they actually form some sort of community of caring and belonging. This can probably be accomplished in many different types of organizational settings, whether megachurch, pub church, house church, or warehouse church, or, whether it insists on particular doctrines or not. Would orienting a church around the idea of “expressive communalism” solve the problem of “religious nones” or excessively consumerist religion? Who knows, after all, sociologists are notoriously bad at predicting the future, but then again, so is everybody else. So maybe the best way forward is to keep working at understanding the apparent contradictions of being a person of faith in a contradictory world.

March 26, 2012
What Paintball Taught Me about the Market in Relationships
Next Post

March 28, 2012 Religious Prejudice in Sociology Gets Slammed
Recent Comments
5 Comments | Leave a Comment
Browse Our Archives
get the latest from
Evangelical
Sign up for our newsletter
POPULAR AT PATHEOS Evangelical
1

Challenge to Trump from the Right?
Cranach
Related posts from Black, White and Gray

Evangelical
Why Do We Go to Church?
Black, White and Gray 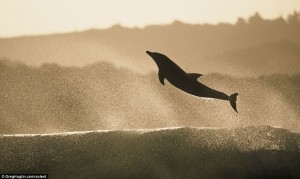 Evangelical
Why Even Go to Church?
Black, White and Gray