While the third and final presidential debate focused on foreign policy, it was notable that even there—if my memory serves me—the answers offered regularly managed to find their way back to domestic economic policies. Unemployment and job creation have played a central role in this campaign.

But is it just me, or does anyone else wonder whether the information-based economy that is ours today simply cannot sustain the sort of job-creation demands we are placing upon it? Talk of creating 12 million private-sector jobs—or even 6 or 4 million—ought to give us pause, not because it’s not possible, but because it might be quite improbable, regardless of who’s in the Oval Office (or in Congress, for that matter).

As sociologist James Hunter astutely points out in his book To Change the World, much of what drives and sustains the economy and so much of what it sells today is knowledge, information, images, symbols, and entertainment. According to the NFSS, one in three young adults—a significant group of consumers—spends more than an hour a day on social networking sites like Facebook. (I suspect that may quickly become an undercount.) That’s a ton of person-hours spent on something that’s delivered for free from a company that has less than 4,000 employees. By contrast, Ford still has 164,000 employees worldwide, but reported 300,000 a mere six years ago. Shell, the second-largest corporation behind Wal-Mart, only employs 97,000 people worldwide, compared to the 2.1 million that work for Wal-Mart. (And we all know how much Wal-Mart pays…)

The expansion of the State that we have witnessed is perhaps not due directly or even primarily to the heightened influence of decision-makers who wish for a more centralized State-shaped economy, but due to the State’s historically-stable role in the production of knowledge and information. In other words, when we made material objects with manual and skilled labor, the State’s role was less pivotal or obvious. (Think regulatory.) But in an economy like ours that privileges things like the health care industry, information technology, and social media—basically the creation and application of knowledge—the State has been and will likely continue to be more involved. We have countless state universities, training the software engineers and physician’s assistants of tomorrow. We have NIH grants to improve health (whether they genuinely accomplish this is not obvious), and NCI grants to combat cancer. We have a large population of aging persons, courtesy of the baby boom and improved ability to sustain (their) life, and hence the emphasis on health care delivery. Over a billion people have a Facebook account, and many use it daily. In other words, our economy is reliant on technologies (and their development) that require more and more knowledge—and hence historically greater State involvement—but fewer and fewer people. Of course we have unemployment issues. It should surprise us that unemployment isn’t notably higher than it is.

Add to this our expectations that if persons wish to be employed, they ought to be so. This seems comparatively new in human societies. Fewer women were consistently in the full-time labor force as recently as a couple generations ago. Now they are, and we generally encourage everyone to consider what they “want to do with their life,” by which we tend to mean careers in the paid labor-force. (When is the last time you heard a college student state they intend to graduate, marry, and then become a full-time, stay-at-home parent? I cannot recall one.) We expect everyone to seek work. In the past, we did not. The voluntary sector has given way to the demand for paid non-profit sector jobs. So we’re quite possibly trying to cram more people into the paid labor force than ever before, at a time when the sort of economy we have requires fewer and fewer people.

I’m not sure it’ll fly. I just don’t see how we in the West will witness an economy of the sort wherein nearly all of the people who wish to find paid, full-time work can do so. It’s not that kind of world. Of course there are partisan ideas about how best to help alleviate unemployment and foster better jobs—from tariffs to ease of access to education to unionization to stimulating lending. I get it, and some of these strategies could very well work.

But shouldn’t admitting the blunt truth about a very different sort of economy today be a good place to start? (Probably not at this point in the election, I understand…) Eight percent unemployment may not just be the new normal or benchmark. Someday we may well consider it an impressive accomplishment.

October 28, 2012
Happiness versus Life Satisfaction: What’s the Difference?
Next Post 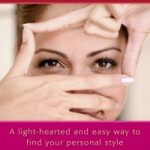 October 31, 2012 Modesty: It's not a Bad Word
Recent Comments
14 Comments | Leave a Comment
Browse Our Archives
Follow Us!

get the latest from
Black, White and Gray
Sign up for our newsletter
POPULAR AT PATHEOS Evangelical
1