Christianophobia in the United States – Part 1

Over the next three blog entries, I am going to discuss the content of my latest book – So Many Christians, So Few Lions – Christianophobia in the United States. Actually the book has not come out yet, but will officially come out later this month. Obviously the focus of the book will be the nature of anti-Christian attitudes in the United States. In this first entry, I look at the contours of a basic level of animosity towards conservative Christians in the United States. My next entry will qualitatively explore the nature of Christianophobic attitudes. In my final entry I will consider the implications of this work, as well as other research and social events, for what it means about this type of anti-religious bigotry. For the balance of these blog entries, I will define Christianophobia as unreasonable hatred or fear of Christians.

First, we should ask whether to even look at anti-Christian animosity. Is it not the case that Christians are a majority group in our society? Well yes and no. To date, Christianity has been the religion with the most influence in our society. I will leave it to others to argue about whether we began as a Christian nation. However, it is clear that most of the early founders were Christians and their Christian faith has been an important factor shaping their attitudes. The advantage of being a Christian is still with us today in that all Presidents of the United States have been part of the Christian faith. Finally, although recent surveys suggest that their numbers are shrinking, Christians still remain the most popular religious group in the country.

But numbers are not everything. Majority group status occurs when a group has disproportionate power relative to their numbers. It is why we think of men having majority group sex status even though there are fewer men than women in our society. It is not abundantly clear that Christian have disproportionate power relative to their numbers when we look at data on SES and educational status. Conservative Christians tend to score relatively low on those measures. Furthermore, I will show that those with animosity towards Christians have higher than average per-capita economic and social power.

Although Christians do not have the sort of majority group status that we think about when we consider men and whites, they do have the type of advantages in our society that normally neutralize the social effects of out-group hatred. Until recently there has been an assumption that Christians experience a high level of acceptance from almost all quarters of society. Very little research analyzes animosity towards men and whites due to the assumption that while individual men and whites may experience anti-male or anti-white prejudice, they generally live in a social system that still works to their advantage. By the end of my work, I realized that while conservative Christians do still live in a society where they have advantages, there is a real level of animosity that can also work against them. Understanding anti-Christian animosity provides insight about some events and institutions in contemporary America.

A reasonable question to ask is whether there is a sufficient degree of anti-Christian animosity in our society. Given that more than half of the country identifies themselves as Christians, it is not clear that there are enough individuals with this type of animosity to even matter. However, there may be enough individuals with this type of animosity when we look at what type of Christians are most likely to experience unreasonable hatred and fear from others. My previous research indicates that conservative Christians are the object of anger and fear from cultural progressive activists. It is logical to assert that conservative Christians may be the ones most likely to be the target of Christianophobia. If that is the case then, depending on how we measure who is a conservative Christian, we now have a group that is around 25-30 percent of the population, leaving the majority of the population as those who may potentially treat them as an out-group.

But merely because conservative Christians are a minority group in number does not mean that there are sufficient number of individuals who have hatred and animosity towards them. To measure this, I decided to partially replicate a previous experiment. In that experiment I investigated which groups are most likely to experience disaffection from other Americans. I averaged the thermometer ratings (each respondent was asked to rate their level of affection towards each group on a scale of 0 to 100) of several different religious groups and documented which individuals ranked a particular religious group at least a standard deviation below that average. I found that atheists were the religious group experiencing the most disaffection with Christian fundamentalists ranked second.

In my replication, I used American National Election Studies 2012 data instead of 2008 data. But I did not want to merely compare different religious groups. Since so much intergroup animosity in our society has been, and continues to be, based on racial differences, I wanted to include racial groups in my new analysis. Therefore I could compare animosity based on religion to that based on race. To this end, I first averaged the thermometer ratings of Whites, Blacks, Hispanics, Asians, Atheists, Fundamentalist Christians, Muslims, Mormons, Christians (in general), and Catholics. I then compared each rating to the mean to see if they ranked at least a standard deviation below the mean. Once again I found that Atheists was the group with the most disaffection – 45.5 percent of the respondents ranked them a standard deviation below the mean. They were followed respectively by Christian fundamentalists (32.2 percent), Muslims (31.2 percent) and Mormons (19.6 percent).

What is as important as the extent of this animosity is who tends to possess this animosity. Those who listed Christian fundamentalists a standard deviation below the mean of the other groups are 79.4 percent white, 47.6 percent with a bachelor degree, 64.5 percent make at least $50,000 a year and 29.2 percent make at least $100,000 a year. All of these numbers are significantly higher than the percentages in the population without this animosity. Thus, those with anti-Christian hostility are whiter, better educated and wealthier than others in our society. These are majority group qualities indicating that those with anti-Christian animosity have more per-capita social power than the average person.

Remember that we not only explored animosity towards conservative Christians but also animosity towards other social groups. I found that those with relative hostility towards atheists are older, non-white, undereducated, political conservatives. Those with relative hostility towards Muslims tend to be older, nonblack political conservative males. Those with relative hostility towards Mormons are younger, non-whites political progressives. This provides some complexity to this discussion of potential religious bias and bigotry. For example, there appear to be just as many people with anti-Muslim hostility as there are with hostility towards conservative Christians. However those with potential Islamophobia do not seem to have a great deal of per-capita political power, unlike those with potential Christianophobia. Except for their sex, none of the characteristics of those with Islamophobia confer on them majority group status and the race of those with anti-Mormon attitudes may bring about minority group status. The way Islamophobia manifests itself would be different than the way Christianophobia manifests itself due to these contrasting social positions. The comparison to those with anti-atheist perspectives is also noteworthy. Those not liking atheists tend to lack racial or educational status. They outnumber the relatively powerful individuals with anti-Christian animosity, but do not have the individualized social power of the latter group. As such we understand why atheists may be at a disadvantage in running for political office since numbers matter in who gets elected. However, as I will show in the last blog entry of this series, there are disadvantages for conservative Christians related to the relative social power possessed by those with animosity towards them.

What have we learned thus far? My research shows that there are a significant number of individuals in the United States with hostility towards conservative Christians. These individuals tend to have racial, economic and educational power. Some may argue that education and progressive political philosophy create tolerance that would short circuit a tendency towards religious bigotry. If this is true, then conservative Christians have relatively little to fear from those with anti-Christian animosity. However it can be argued that no matter what a person’s educational training or political philosophy, he or she will eventually develop bigoted intolerant attitudes towards those seen as members of out-groups. If such bigotry eventually results in efforts to disenfranchise those out-group members, then the superior social position of those with Christianophobia may provide reasons for conservative Christians to be concerned. It is important to look beyond general measures of animosity towards an examination of the specific attitudes of those with anti-Christian antipathy. In my next blog entry, I will move from a quantitative analysis that can only provide us with the general patterns of anti-Christian hostility in the United States to a qualitative analysis that will allow us to see how this hostility can manifest itself within certain individuals.

October 16, 2014
My Two Takes on Houston and the Subpoenas
Next Post 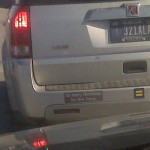 November 19, 2014 Christianophobia in the United States - Part 2
Recent Comments
0 | Leave a Comment
Browse Our Archives
get the latest from
Evangelical
Sign up for our newsletter
POPULAR AT PATHEOS Evangelical
1