If Physicians Acted Like Sociologists (or, Why We’re Mostly Irrelevant)

Imagine a physician seeing a patient who has been diagnosed with cancer. If that physician approached matters as sociologists do, the physician would sit the patient down in their office and start by presenting several general theories regarding why cancer occurs. For example, maybe one theory might explain why cancer rates have changed over the decades. Another might link cancer to environmental factors, such as air pollution. Still another might link cancer to lifestyle choices, such as smoking and diet.

After that, the physician would go into a long description of how rates of cancer vary by types of people, paying particularly close attention to race, class and gender. Perhaps people in some racial groups are more prone to this particular type of cancer. Maybe men get it earlier in life than women. The physician might also add what people in the general population think about cancer in general—how much they fear it, which cancers they fear the most, and if they think it’s getting worse over time.

Then the physician would share their own, personal observations of the effect of cancer on patients, based on watching and talking to cancer patients. These observations include how cancer patients make sense of their disease, how they talk about it, and how it affects their relationships with others.

By now the appointment would be over. The patient would leave the leave the doctor’s office, noticing bumper stickers and photocopied documents taped to the doctor’s door that decry cancer and call for a cancer-free society. The doctor would sit at their desk, assuming that something they said will somehow combat the cancer in that patient.

Sociology isn’t wholly irrelevant to society, but it’s mostly irrelevant when it comes to making society better in concrete ways.

We do a good job of identifying and elaborating general social processes, especially as they apply to select social problems. This parallels basic science in medicine. We also study the distribution and experience of social experiences, again focusing on problems, throughout the population. This parallels epidemiology.

With few exceptions, we do not create and systematically test ways of improving the social world. Instead, we put naïve, over-simplified calls for social change into the discussion sections of our journal articles. They have the social impact of a beauty contestant asking for world peace when interviewed in a pageant. If our descriptions of social problems are a Ferrari, our proposals for fixing them are a little red wagon that’s missing a wheel.

Are you writing a newspaper column about something wrong with society? Yes, sociology can help with that, giving you relevant numbers, stories, and ideas. Are you a member of a task force looking for practical solutions to a problem? Don’t call us. We have little to offer.

I doubt that this impracticality will change any time soon, for several reasons. We sociologists are trained and rewarded for pursuing grand explanations, not practical outcomes. Our journals are for social problems much more than social solutions. We under-utilize field experiments, the bedrock of intervention testing. We downplay the role of individual incentives, focusing instead on broader social forces. Yet, changing peoples’ incentives is a powerful mechanism for producing social change.

If I were to change this situation, I would start with changing the incentives for sociologists. Make it so that it makes sense for sociologists to study solutions as well as problems. Create an X-Prize for the sociologist who creates the policy or program that demonstrably does the most good. Start a journal that only features articles on social solutions. Offer an award each year at the ASA meetings for the solution-based research. 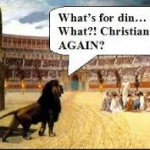 November 30, 2014
Christianophobia in the United States - Part 3
Next Post 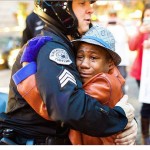 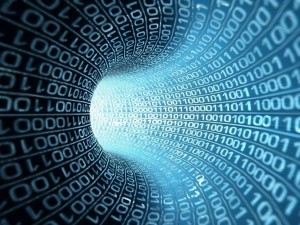