Christianophobia and Racism – The Differences

Violence – An important difference between racism and Christianophobia is the level of violence associated with each. As it concerns racial issues, we have a history of violence perpetrated against people of color. Even today when we look at what troubles activists of color, it is often tied to fear of violence or actual violence. For example, much of the recent conflict of late is tied to the criminal justice system and the shooting of black men. People of color fear for their lives and physical safety due to the racism they continue to address.
On the other hand, there is little fear of violence as it pertains to Christianophobia. This is not true if we are talking about some of the horrors that occurred to Christians historically or if we look at how Christians are mistreated in some countries. However in the United States, with the exception of some church burnings, there is little evidence that violence is a concern that Christians must face. I believe that this difference is tied to contrasts between who tends to possess racism and who tends to have Christianophobia. The powerful individuals who tend to have Christianophobia do not need to use violence to punish their outgroup while those who are racist tend to come from more violence-oriented cultures.

Innate versus Choice – Another clear difference is that race is innate whereby religion is a choice. Now I have to be careful about what I mean by innate. Any good race scholar will tell you that race is a social construction. Our notions of race identity are tied to how society decides to differentiate between the various races. I do an entire lecture on the social construction of race in one of my first classes in my race/ethnicity course, but I do not have the space to really go into it here. Just trust me that the social construction of race is well-established in race/ethnicity literature. It is also useful to point out that religion may not be as much of a choice as we like to think that it is. We are highly likely to wind up in the religion that we grew up in. It is true that many people convert in and out of different religions and some, like myself, have a crisis of faith that forces them to seriously consider whether the religion they are in is right. But honestly most people drift through life and accept it without much introspection. The religion one finds oneself in is clearly more of a choice than the race one is assigned. While society decides how to define race, I cannot easily change that decision. I can go around all I want saying that I am white, but I will still be treated as a black. There is pressure on us to maintain the religion we grow up in, but we still can pick an identity that differs from that religion. While there may be costs associated to making that decision, it still will be a decision that most will abide by. If a Christian deconverts to an atheist, there are not many people who will insist that he or she is still a Christian. So in the aggregate, this distinction is still very important.

It is an important distinction because we tend to treat those with innate qualities different than those with characteristics associated with choice. If it is a choice, then we tend to hold them more responsible for the situation they are in. That does not mean that we can mistreat people due to a status they choose. Note the condemnation of Islamophobia. But it does mean that we can ask them to stop doing what they did to create that status. People may ask me to stop being a Christian or at least to stop advocating for Christians. Nobody is going to ask me to stop being black. If they did, they would get a funny look from me and from anyone else who heard this request. It seems much more unfair to punish someone for a status (race) they had no say in possessing and there is more room to legitimate some discrimination for a status (religion) where people do have a choice.
Historical Status – Historically, people of color have had lower levels of social status than European-Americans. I, along with most other race scholars, would argue that this is still the case even though we have a black president. Nevertheless, it is clear that people of color have never enjoyed majority group status. This is not the case for Christians. Clearly throughout much of our history, Christians have had majority group status. In certain aspects of our society, they still have majority group status. However, in other areas, such as academia, the mounting evidence suggests this majority group status is a thing of the past.

When I teach race and ethnicity, I tell my students that we cannot understand contemporary race relationships without also understanding the history that contextualizes those relationships. Indeed if we want to understand much of the current conflict over police shootings, we have to understand the larger historical context of how the criminal justice system has been used to control African-Americans. It is a mistake to look at a single shooting and come to conclusions about racial conflict. Likewise, the history of Christians as the majority group has contextualized the current religious conflict we see in our society. Because Christians at one time had majority group status in most, if not all, of the sectors of society, there is a buildup dam of resentment they face today. Is that resentment justified? Sometimes yes and sometimes no. But its existence creates a different element in anti-Christian bigotry as opposed to racial bigotry.
Who Hates – This is a key difference which really positions Christianophobia to be distinct from racism. Research indicates that those who tend to have overt types of racism tend to be lower educated, lower SES, politically conservative and, of course, white. My work in Christianophobia indicates that those with it tend to be highly educated, wealthy, white and male. In many ways, these are the people with powerful societal positions. Those with Christianophobia have an ability to punish Christians in ways that most racist individuals are not able to do.

This difference affects many of the dimensions shaping Christianophobia and racism. Remember the discussion on the differing roles of violence? Individuals with powerful positions in society are not likely to directly engage in violence. If they are caught engaging in violence, they often have more to lose in terms of reputation and status than those with lower levels of education and wealth. Furthermore, those with Christianophobia are more likely to have progressive political values, which would increase the possible loss they would experience if caught engaging in violence. This does not mean that they are above mistreating Christians, but they will do it through their institutional power rather than a violent attack. This and many other differences, are tied to who has Christianophobia and who has racism.
Goals – A final difference is the goals of those with Christianophobia and those with racism. The goals of racists can vary over time and place, but it is fair to say that generally they want to either eliminate the inferior race or subjugate them to do the necessary dirty jobs in society. In old fashioned racism, there is not much hiding of these goals. As racism has fallen out of favor as something to be desired in society, we have less of the old fashioned racism although the tendency to see one’s racial group as superior has not completely disappeared.

The goals of those with Christianophobia are different. Their social identity as progressives prevents them from overtly planning the elimination of Christians. However, they have developed the stereotypes and fears about Christians. Because of those stereotypes/fears, they can justify trying to control and subjugate Christians. Many of the comments from the respondents in my research have focused upon trying to keep Christians out of the public square. I have discussed in a previous blog why such a goal is unfair and will not waste space here. But just as the racist believes that he or she is in a superior belief, those with Christianophobia believe that they are superior in religious belief to conservative Christians. But how they want to reinforce that feeling of superiority is quite distinct.
Many of these differences work together to create the unique challenges we have with Christianophobia and racism. That is to be expected as each is a phenomenon that has to be understood on its own. However, each also touches on dimensions that are all too common among humans. Looking at some of those commonalities is the focus of my next blog. 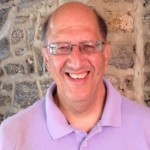 January 6, 2016
Why Does American Sociology Need Critical Realism?
Next Post