It doesn’t feel like Spring. The last few days I’ve had to fight the urge to turn on the heater. The kids and I have been sleeping under two blankets each.

But the birds are singing outside my window and the flowers are blooming. I heard somewhere that every time you hear a bird sing what they’re really doing is saying, “Please come have sex with me.” to other birds. I think that’s probably true. That’s pretty much what spring and summer are for, right?

So, anyway, I don’t think facebook lied to me (at least not this time). I think spring is here.

So, what does spring mean to me as a Buddhist?

Rebirth, of course! Renewal, Growth, Transformation, Change! I think these things are what the path is all about for us.

The Buddha told us that every day is a chance to start again. (I’m not sure the Buddha really said that. There are a lot of fake Buddha quotes. But, thematically, it works. The sentiment is good). Spring is a time for re-inventing ourselves, for re-affirming our commitment on the spiritual path. When we see nature coming back from it’s wintery slumber, it’s a little easier to think of ourselves coming back, changing and transforming.

We go through cycles too. We continue to grow and age and change for our entire lives. Am I really the same person that I was when I was born 36 years ago? Not in any way that I can see. Everything has changed since then: my body and mind have changed so much. Because life is change. Am I the same person now that I was when my father passed 21 years ago? Or when my mother passed 17 years ago? No. Certainly not. I wouldn’t even recognize myself from back then if we met. Although I do carry that karmic weight with me. I’m not even sure I’m the same person I was this time last year when I was still married. In the same way, the world looks really different in the middle of winter than it does in the middle of spring. It’s a gradual change. The last day of winter has little perceivable difference from the last day of spring. But it has changed. We are the same way. Today there is little perceivable difference in me from yesterday, but I’ve changed too. We’re all changing all the time.

The nature of the self is to change, like a spring dew that is present in the morning and gone in the afternoon. That’s how we are.

That was a tangent.

Anyway, I suppose our lives aren’t a circle in the same way that nature is. I don’t know about you, but it does seem like a lot of the same kinds of things come up in my life over and over, like life is going to keep trying to teach me certain lessons until I actually learn something. But I’m a slow learner sometimes.

Enlightenment is expressed as a process sometimes too.

Often described as four levels, just as there are four seasons (what is it about the number 4?)

Stream Entry is the beginning, when one sets out on the path.

I’ve heard it described two ways. One is that once you enter the stream, the Dharma simply unfolds in your life. Enlightenment will come whether you seek it or not. The other way is the opposite. That entering the stream is the easy part, that each stage is progressively harder.

I don’t know enough to know the answer to that.

I’m just thinking about streams today because it’s the first day of spring.

I also think Spring is a good time for letting go. The world is letting go of the cold weather and moving into a new season. We can do the same thing. We can let go of the bullshit that holds us back, the stories we tell ourselves, the limitations we put on our own lives (I’m not good enough, I can’t handle that, etc). Nature can let go of the snow and ice. In the same way, we can let go of our delusion.

Release it and let the Dharma unfold in your life by itself, like a flower blooming on the first day of spring. 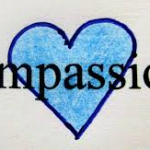 March 23, 2016 Compassion That Is Boundless
Recent Comments
0 | Leave a Comment
Browse Our Archives
get the latest from
Bodhisattva Road
Sign up for our newsletter
POPULAR AT PATHEOS Buddhist
1