Angulimala and the Buddha: Fearlessness

Angulimala is a bit of a strange figure in early Buddhist history. I think we can learn a lot from his story even if we might have to think hard to figure out how it relates to our lives.

Angulimala was a serial killer. He was a relentless and fearsome madman who made his life’s mission to kill 100 people….and to collect their fingers and wearing them on a necklace. Angulimala is actually a nickname that means finger necklace. Eww.

I know what you’re probably thinking. That’s really horrifying. It doesn’t *sound* like it should have a place in Buddhist history. But bare with me.

So, originally Angulimala went around killing people in the woods, travelers or indigents or people who went out to get into some mischief. But he killed so many people that people were afraid to leave their villages. People were terrified of him. The stories of this gruesome killer were spreading all over. So people started staying home.

He didn’t let that deter him. He started entering the villages. And in the villages he would just kill whoever he saw. He didn’t care if they were old or young, rich or poor, he killed anyone that he found. People would see him coming and they would scream and take off running, I guess a guy wearing a necklace made of fingers is really recognizable. They would run but he would catch them.

And one day he came upon the Buddha. He saw the Buddha walking around in the distance. He knew who the Buddha was. He had heard stories about this amazing spiritual teacher who taught the way out of suffering.

And he decided he should kill him.

So, Angulimala ran toward the Buddha. The Buddha turned and saw this maniac coming toward him, but he didn’t try to run. He looked for a second and turned away and just walked in the opposite direction, calmly, slowly…mindfully. Angulimala was really struck by this. He had seen the same response so many times (running away screaming) that he didn’t know how to handle the way the Buddha was calmly walking.

Angulimala got close to the Buddha and said, “Stop.”

And the Buddha replied, “I’ve already stopped. You should stop.”

The Buddha meant that Angulimala should stop being pulled around by his anger and delusion, that he could transcend these things, and his suffering too.

After this meeting, after seeing that the Buddha was fearless, Angulimala changed. He gave up his life of murder and mayhem and became a monk.

There’s a big lesson in that story for us.

First of all, there is an element of fearlessness to the Buddhist path. We have to be open and genuine as Buddhists and it’s a scary world out there, so that’s hard. The Buddha was completely open when this madman charged at him and should be open with whatever life hands us.

Then there’s a sense we get sometimes…”I’m not good enough for the path.” “I’m unworthy.” We all have these kinds of thoughts sometimes.

But we are good enough. We are worthy. If someone like Angulimala can change his ways and live in a different way, we can too.

That’s not the end of the story. He was with the Buddha for a  while, but not forever.

Later some soldiers came to get Angulimala. He was taken away and executed for his crimes. But what he learned from the Buddha helped him, even then. He was able to face his death with dignity and fearlessness, just as the Buddha had faced his own potential death. 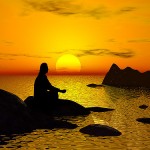 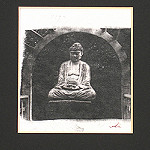