He saw a really divided world, where people struggled and argued and fought with each other, often over trivial things.

He saw people not finding fulfillment in their lives. He saw people railing against their own suffering, often making things worse.

And he thought, “we can do better.”

So he sat under a tree and tried to figure out the nature of the human condition.

And he became known as the Buddha. He taught a better way for people to live. A way centered in mindfulness and compassion. We can be better than we are.

But Buddhism isn’t about his enlightenment, not really.

The Buddha was right. We can do better.

March 8, 2019 Sitting Quietly, Doing Nothing
Recent Comments
0 | Leave a Comment
"Beginning the PathI tentatively sit down.My thoughts are like birdsfluttering past, hurried flight...Breathe, I return ..."
TankaS Encouragement
"Good story."
Catherine Bodhidharma, Age 7
"Well said Daniel. We all need a little more 'genuineness' in our relationships with others."
Tom Perrine Encouragement
"Perhaps you could have shared with them the idea about aloneness vs. "annata", or non-being... ..."
Lawrence When Teenage Missionaries Came to My ..."
Browse Our Archives
Follow Us! 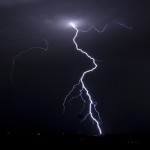