Major Progress In Battle Against Pornography

A growing chorus of voices is calling attention to the strong link between pornography and sexual exploitation, and those voices are now seeing some significant progress.

As the law currently stands, victims have been barred access to the civil courts, while certain Internet companies have been granted what amounts to a right to engage in criminal conduct.

“In a tragic series of court cases favoring Backpage, a classified advertising website that facilitates sex trafficking, the courts have interpreted the Communication Decency Act (CDA) to give websites posting third-party content immunity for criminal activity facilitated via their sites and denied victims of sex trafficking the right to sue the companies that facilitated and profited from their exploitation. In other words, there is now a special, elite class of sex traffickers—those who provide the organizational superstructure on which most of modern sex trafficking occurs—who can operate with impunity.”

“Many of the legal arguments in favor of Backpage have framed the issue as a matter of free speech. Ironically, it’s not the rich and powerful individuals behind these websites who are suffering from a lack of free speech, but the victims of sex trafficking whose voices have been barred from civil courts. The issue here isn’t about restricting free speech, but increasing it,” said said Lisa L. Thompson, Vice President of Research and Education for the National Center on Sexual Exploitation (NCoSE).

“People are not objects to be sold online,” said Thompson.  This “historic vote puts us on the cusp of restoring rights to victims of sex trafficking and empowering state Attorneys General to prosecute the kingpins of sex trafficking.  The Nional Center on Sexual Exploitation calls on the U.S. Senate to join with the U.S. House of Representatives, survivors, Attorneys General from 48 States, a state legislature, celebrities, and advocacy groups from across the country in standing with victims of sex trafficking. We hope they live up to their duty to protect the vulnerable.” 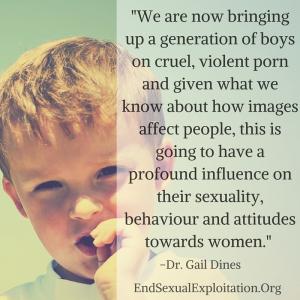 Another positive trend is the growing number of states recognizing the public health effects of pornography.   Last week Florida joined Utah, South Dakota, Tennessee, Arkansas, Louisiana, and Kansas in citing the destructive, addictive nature of pornography that is resulting in ruined lives.

“The harms associated with pornography use are wide-ranging. Two recent meta-analyses (a process of a systematic review of several studies which yields greater statistical power) show a link between aggression and pornography use. Similarly, more than 50 studies (several longitudinal) on men have linked pornography use to lower sexual and relationship satisfaction.. There are also dozens of studies linking pornography use to emotional and cognitive difficulties.”

“These disturbing findings are also consistent with neuroscience-based studies. It wasn’t long ago that the American public considered smoking innocuous—some doctors even touted faulty research claiming smoking was beneficial. But, today, much as X-ray photos of smoke-damaged lungs convinced skeptics of the harm caused by smoking, neuroimaging is revealing disquieting alterations to the brains of pornography users,” Thompson stated. 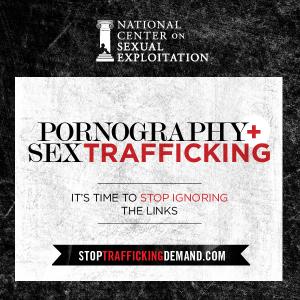 “There are 38 neurological studies that suggest Internet pornography can cause addiction-related brain changes. Among them is  study published this month which reported significant reductions in grey matter, as well as decreased resting-state functional activity between certain brain centers among individuals with problematic hypersexual behavior (PHB) compared to a control group. Notably, those with PHB used pornography more frequently. The regions of the brain affected play a pivotal role in attention shifting and sustained attention, as well as reward-based behavioral learning.  These findings are particularly alarming when considered in light of the number of young people exposed to pornography today. A  2017 study reported pornography exposure during adolescence is as high as 87%, with the median age for first viewing being 13 for boys and 16 for girls.”

Monsignor John Zuraw, chancellor of the Diocese of Youngstown, Ohio, told CNA that he believes the legislation would help protect the dignity of Ohio’s residents.

The bill would provide “compensatory and punitive damages for harm resulting from the violation” and a “temporary restraining order prohibiting further dissemination of the image.”

Monsignor Zuraw emphasized that human sexuality is an extension of God’s goodness, but must be seen in the context of God’s creation. “When God created each every one of us, he created our sexuality as an aspect of what is good. We should never lose sight of what God has created and ultimately what is good is to benefit us in ways that are not selfish.” 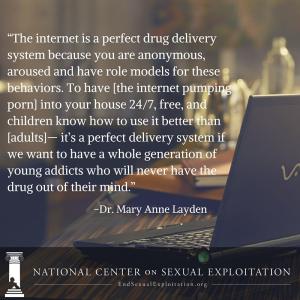 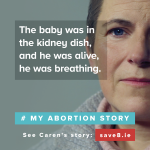 March 6, 2018 Aid in Dying Laws Leave Many Vulnerable: Choice is an Illusion
Recent Comments
0 | Leave a Comment
"why doesn't "god" heal amputees?"
Kyuss Newly Approved Miracle at Lourdes Declared
"As a Chicagoan who was following the scandals that were already unfolding in the archdiocese ..."
DrJ Lessons Learned from False Allegations Against ..."
"Moronic twat."
blueyarrow Fathers Regret Aborting Their Children
"Sounds like some of the worst losers ever."
Kyuss Meet the Heroes Who Defend Life ..."
Browse Our Archives
Related posts from Born Again Catholic 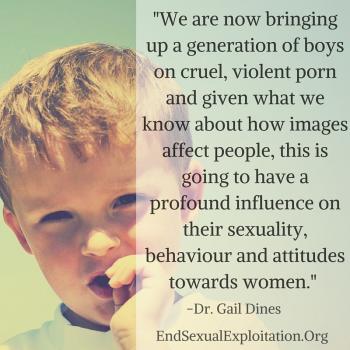 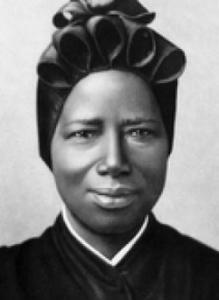