Aid in Dying Laws Leave Many Vulnerable: Choice is an Illusion

Back in 2000, Jeanette Hall (photo above) was told she had inoperable cancer. Her doctor gave her a terminal diagnosis of six months to a year to live.  She decided to end her life, and went to another doctor stating her plan to use Oregon’s law to kill herself, and asked for a lethal dose of barbiturates. But that doctor believed he could treat her cancer.   She decided to give the treatment a chance, and her cancer disappeared.  That was 17 years ago.  “If my doctor had believed in assisted suicide, I would be dead,” says Jeanette.

How many of us want our wishes for our death respected?

We all do, of course.

That was the opening question to a debate this week at Hofstra University in NY between David Leven of End of Life Choices, NY, and Margaret Dore, of Choice is an Illusion.  The topic was, “Euthanasia or Aid in Dying? You Decide.”

But the question is way too vague.  After asking it, Leven insisted that the Aid in Dying legislation his group is advocating for in NY State and elsewhere is simply about the “very few people” with a terminal illness who want to end their life on their terms.  He stated than only about 1 in 300 dying people in Oregon, where ‘assisted suicide’ is now legal, have used the allowing them to plan their own death, and that there have been only rare abuses. Leven says.

But, if my family member was the 1 in 300 and the death involved one of the scenarios Washington attorney Margaret Dore has experience with,  I’d say vulnerable people are at serious risk through so-called ‘aid in dying’ or ‘death with dignity’ laws.

The ‘choice’ of assisted suicide is an illusion, as detailed by Dore, who has years of experience with eldercare, elder abuse, and estate issues.    Aid in Dying laws leave room for other people to make the choice, not just the person whose life will end.  It could be a doctor fearing malpractice.  It could be a family member or friend waiting for an inheritance urging the person to sign the Assisted Suicide application; it could be another financial predator.  We hear that this legislation is only meant for those with a terminal illness, but the reality is, it’s not uncommon for a terminal diagnosis to be wrong; one doctor says six months and another says two years.  A third could have a suggested treatment.

Dore mentioned a man she once met who had been diagnosed at age 18 with ALS, a diagnosis confirmed by the Mayo Clinic, and given three years to live. He was 74 when she met him.  The diagnosis was wrong.  Dore regularly receives calls and emails from family members concerned that another family member named as a beneficiary is putting pressure on a parent to sign the application for assisted suicide.  Once the application is signed, no matter how much the family member protests, the impending death is assumed to be an ‘assisted suicide’ – even if it was by suffocation.

Elizabeth and Juan Benedetto own two elder care facilities in Washington State.  The states’s assisted suicide law has been in effect since 2008.  “During the election, the law was promoted as a right of individual to make their own choices.  That has not been out experience.  Four days after the election, an adult child of one of our clients asked about getting the pills to kill the father.  It wasn’t the father saying that he wanted to die.  Since the law was passed, we’ve also noticed some medical professionals are quick to write off older people as having no quality of life, whereas in years past,most of the professionals we dealt with found joy in caring for them.  I for one am quite uncomfortable with these developments,” the Benedetto’s told the Washington Board of Medical Examiners. 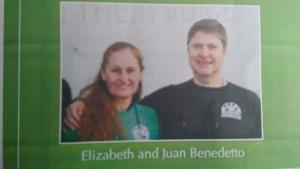 The disabled are at especially at risk because Washington and Oregon assisted dying laws promote a disability as an acceptable reason for AS.  In Oregon, there are documented cases of the Oregon Heath Plan (Medicaid) steering patients to physician-assisted suicide via coverage incentives. Oregon’s conventional suicide rate has increased with legalization of assisted suicide, which is consistent with what is called suicide contagion. Patients and families are left in shock.

I learned two appalling facts about so-called assisted suicide or aid in dying that proponents don’t publicize: The Oregon and Washington laws require the death certificate to be falsified to reflect a natural death via a terminal disease, as opposed to the actual cause of death, a lethal dose. The significance is a lack of transparency and an inability to take legal action against overreaching parties.  So, if someone with cancer had been persuaded to sign an application for assisted suicide, anyone around them who wanted to hurry things along – a beneficiary, for example – could provide a lethal dose without the person’s consent, and have no fear of being discovered. Imagine changing your mind.  Imagine saying you’re not ready yet. Imagine struggling.

They Say It’s About Having Control, But in Reality Several People Can Be In Control of Your End of Life

The End of Life Choices folks want us to believe it’s all about having a sense of control, a say in how we die, being able to plan for our death. It’s about choice, that’s what it comes down to, they say.

But is that really all it’s about?  It’s only common sense that where assisted suicide becomes the law of the land, some people who hadn’t thought of suicide before will begin to feel that maybe those around them are wondering why they don’t just ‘check out.  People who disabled or who have special needs, not just those who are supposedly terminal, will feel they are burdening their loved ones and costing money.  Another significant problem is medical personnel who want nothing to do with ‘assisting’ someone with ending their life.  They entered the medical profession to help and heal, not to kill.  Legislation in Washington would require a physician to either write the prescription for the lethal dose – or refer to a doctor who will!

Mr. Leven insisted that the legislation he proposes has oversight; that two witnesses are required for the person to obtain a lethal dose.  But incredibly, one of the witnesses can be an heir!  In the case of a will, an heir is prohibited from signing for the obvious conflict of interest.  Leven also used the term ‘self-administer’ repeatedly, yet that merely means self-ingesting.  So in other words, someone else putting the lethal dose in the patient’s mouth or feeding tube or IV bag qualifies as self-administered!

Another astoundingly bad aspect of Aid in Dying legislation is that no witnesses are required at the actual death.  The patient is left extremely vulnerable to the actions of others once he’s filled out the application for assisted suicide. Someone else can administer the drug, or decide to suffocate the person, and if the person resists, who would know?  The lethal dose request would provide an alibi.  Money is all too common a motivation for killing, and without disinterested witnesses, the patient’s control as to the time, place, and manner of his death is in no way guaranteed.

As Margaret Dore highlighted, people who ask about assisted suicide are often depressed or lonely, not suffering any incurable disease and not in unbearable pain.  Pain is rarely an issue these days with advances in pain management. The humane response is to help these people with their depression and finding ways for them to be involved and less lonely, rather than urging them to go ahead and take their own life.

Regarding proposed NY legislation, Dore makes the crucial points:   “The New York bill legalizes ‘aid in dying,’ a euphemism for assisted suicide and euthanasia.  The bill is sold as an end of life option.  The bill is instead about ending the lives of people who are not necessarily dying anytime soon and not necessarily on a voluntary basis.  If enacted, the bill will encourage fatal abuse, i.e. non-voluntary death for the rich, the poor and the middle class, but for different reasons.”

At the end of the debate, I got talking to another attendee.  She told me about her beloved father, who was diagnosed with polio five years before she was born and was not expected to live long. But the doctors were wrong.  He lived twelve more years. If he’d gone the assisted suicide route, he would never have met his daughter, his only child.  Together they had seven years of her childhood together, this grateful woman shared. 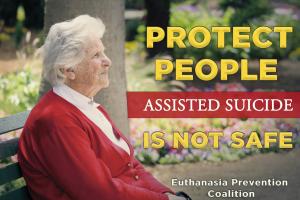 March 4, 2018
Major Progress In Battle Against Pornography
Next Post

March 10, 2018 Humiliated, Mad, and Just About to Freak Out
Recent Comments
2 Comments | Leave a Comment
Browse Our Archives
get the latest from
Catholic
Sign up for our newsletter
POPULAR AT PATHEOS Catholic
1 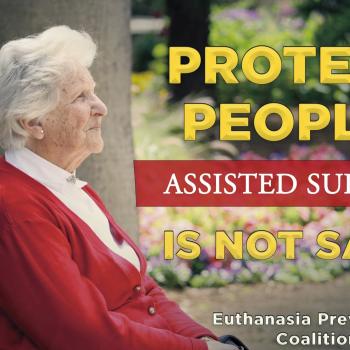 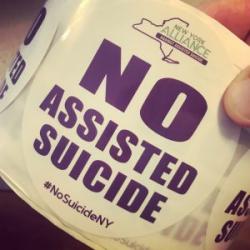