Humiliated, Mad, and Just About to Freak Out 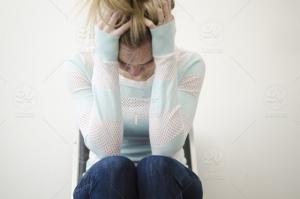 So there I was meandering through an ordinary day.  I’d been feeling kinda good about myself and what I’ve been doing for Lent.

I’ve been to a couple of weekday Masses (which I do NOT have time for, may I add), have done some almsgiving (a few extra bucks here and there), and hey, even got myself to the Stations of the Cross last Friday night. 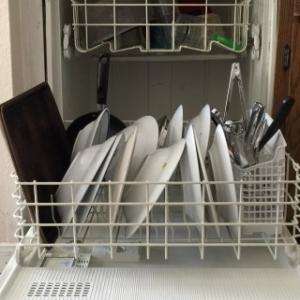 I managed to resist the urge to let loose with the dishwasher company, even when it was my fourth time calling about dishes still coming out dirty.  Each time I waited on hold and was then asked the same annoying questions.  Are you rinsing the dishes?  Are you using hot water?  Are you cleaning the filter?  Are you using a rinse aid?  YES and your repair guys have been here three times and still every time we empty the thing there are still dishes that have to be re-friggin-washed.  I was ready to scream, do you think it’s normal to wash your dishes both before and after the dishwasher? Do you think I have time for that or even for this phone call??  Just fix the stupid thing!  But I didn’t scream, I didn’t cut off the call center woman, I didn’t give in to the temptation to explode. I calmly waited while they ordered a new motor.  Ok, not too bad.

Then I was rushing for a meeting and got held up looking for a parking place.  The meter thing accepted my credit card, but wouldn’t print the paper receipt for my car window.  Grrr. now I’ll probably get

On to the next hassle. I got a call from the office.  My supervisor was upset with me.  You didn’t follow instructions, she stated sternly. You’ve been told before not to use office letterhead for volunteers asking for a letter confirming their service hours. I could feel myself getting mad. I started to say I’ve never been told this before but she insisted I had.  I tried to explain that the only conversation about office letterhead I remember was being told we were out of that paper, not that I couldn’t use it.   My supervisor’s native language isn’t English,  so an occasional misunderstanding is – understandable.  The slight language difference sometimes leaves an ambiguity.  I tried to explain this, but she was angry,  and blasting me within earshot of the rest of the office.

Allowing Myself to be Humbled Helps Me Learn Humility

It sounds like such a trivial issue, but I know myself, and only a few years ago I would’ve felt entirely justified in a big, angry, outraged reaction. My insulted pride would sneer, How dare you imply that I did something wrong?  That I knew the rule and did it anyway?  Has it ever occurred to you that maybe I misunderstood, or that you thought of telling me something but never actually did?  Do you have any idea how hard I work?

Not exactly humble.  Much more like arrogant, actually, and thankfully that thought came into my head as I was about to go into blow torch mode.  All the important reminders of humility are finally getting through.  Part of being humble is allowing ourselves to be humiliated and not seeking to have our image, others’ view of us, set right.  I’m not perfect, and why should I be upset if (surprise!) other people notice it?

I let it go.  I didn’t point out what I was tempted to. I just said, “I’m sorry. It won’t happen again.”   The thought of Lent and wanting to better ourselves, increase the virtues and decrease the vices, came to mind thanks to the grace of God and ongoing spiritual reading.  One small victory.

In The Imitation of Christ, Thomas A Kempis says;

Do not think yourself better than others lest, perhaps, you be accounted worse before God Who knows what is in man. Do not take pride in your good deeds, for God’s judgments differ from those of men and what pleases them often displeases Him. If there is good in you, see more good in others, so that you may remain humble. It does no harm to esteem yourself less than anyone else, but it is very harmful to think yourself better than even one. The humble live in continuous peace, while in the hearts of the proud are envy and frequent anger.

March 6, 2018
Aid in Dying Laws Leave Many Vulnerable: Choice is an Illusion
Next Post