Any of us who regularly use the internet are bombarded with sexually objectifying and explicit advertisements. Sleazy, hypersexualized online ads appear virtually everywhere online, alongside completely unrelated internet content.  This content is often unsought by and offensive to internet users.

Thanks to more awareness about the ramifications of pornography, some progress is being felt throughout our culture.

One big step just taken came about through community complaints along with the the National Center on Sexual Exploitation (NCOSE) reaching out to corporations.  NCOSE has taken a significant step to change our sexually exploitative culture by offering specific guidance and standards. One positive response comes from Revcontent, the world’s largest content recommendation network. After collaborating with NCOSE, Revcontent has announced they will eliminate the use of all sexually objectifying and sexually explicit materials from the content recommendations it provides to media brands.

“We applaud Revcontent for its corporate leadership in the native advertising industry by rejecting profits from sexually objectifying and explicit content,” said Patrick A. Trueman, President and CEO of the National Center on Sexual Exploitation. “In today’s climate of sexual harassment and assault, it’s vital for corporations to do their part to stop the normalization of hypersexualized material that dehumanizes women, and therefore fosters #MeToo culture. Revcontent’s stand for women and for the human dignity of all people, not only meets our standards, but sends the powerful message that people are to be valued for their full humanity—not reduced to sex objects.”

The recent #MeToo movement has exposed an appalling amount of sexual misconduct from the top echelons of power to the lowest. Such sexual misconduct does not occur in a vacuum, but takes place within a cultural context of which reduces women’s worth to their sex appeal.

“Sexual misconduct and exploitation is a massive problem that this world faces on a daily basis,” said John Lemp, CEO and founder of Revcontent. “As a Christian and someone who was shocked by the amount of stories that have been shared through this movement, I wanted to ensure that Revcontent was doing its part to eliminate sexually explicit imagery, headlines and landing pages, not only in our network, but in advertising as a whole.”

Revcontent has always had policies and guidelines restricting explicit content, however based on feedback and recommendations from the National Center on Sexual Exploitation this change further limits advertisers from using provocative imagery for clicks.

“We are so fortunate to be working with the National Center on Sexual Exploitation,” Lemp said. “They are leaders in addressing the objectification and exploitation of women and we are grateful for their assistance in helping us define the strictest standards for ad quality in the native advertising industry.”

“We need to change the advertising industry to reflect the importance of this movement,” Lemp said. “We cannot allow sexually explicit imagery to continue to degrade women if we hope to win the fight against sexual harassment and assault. It is a mindset that needs to be destroyed, and we can all do our parts to help create that change.”

Revcontent is the first advertising network to work with the National Center on Sexual Exploitation and to be publicly commended by NCOSE for the removal of sexually explicit content.

“Revcontent has employed thorough quality control measures to ensure materials that objectify women, such as hyper-focusing on body parts or presenting women as prizes for sexual conquest, are no longer in their system,” Trueman continued. “Their regular compliance audits, human review process, and continued collaborative dialogue with the National Center on Sexual Exploitation set them apart as a company that is dedicated to doing its part for a world free from sexual exploitation. We invite other companies in this industry, such as Outbrain and Taboola, to follow Revcontent’s lead and work with us for socially responsible native advertising.”

Revcontent reaches 97% of US households , and is the world’s largest content recommendation network.

In addition to these improvements, Revcontent’s Truth in Media Initiative, launched in 2017, includes a user driven-feedback mechanism that allows consumers to report content they feel is offensive directly from Revcontent widgets. 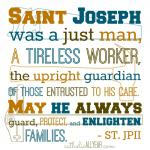 March 17, 2018 St. Joseph, Intercede for Fathers and for Children without Fathers
Recent Comments
0 | Leave a Comment
Browse Our Archives
get the latest from
Catholic
Sign up for our newsletter
POPULAR AT PATHEOS Catholic
1

This is a Prayer of Repentance for These...
Heavenly Father, we pray that You will forgive us our sins. We...
view all Catholic blogs
What Are Your Thoughts?leave a comment
Copyright 2008-2020, Patheos. All rights reserved.