Why Christ came into the world – by Brad Jersak

Why Christ came into the world: comments on St Seraphim of Sarov – by Brad Jersak

Ever since “the Word became flesh,” Christ-followers have attempted to articulate why God assumed our human nature. In the Scriptures (including the Old Testament!), prophets and apostles offer a variety of reasons, including:

Later, the great theologians of history chimed in, with a good number of works titled “On the Incarnation” (Greek) or “Why God became human” (Latin). Some of these are expositions on the gospel itself, others speculate on how this worked, with uneven results.

Recently, I discovered this three-point summary from a church elder by the name of St Seraphim of Sarov. I believe it’s an accessible and beautiful little synopsis, so I thought to post it (colored), with a few words of my own commentary:

The reasons why Jesus Christ, the Son of God, came into the world are these:

1. The love of God for the human race:

2. The restoration in fallen humanity of the image and likeness of God, as the holy Church celebrates it:

“Man who, being made in the image of God, had become corrupt through sin, and was full of vileness, and had fallen away from the better life Divine, doth the wise Creator restore anew.” [sung to celebrate the Nativity of Christ].

In addition to revealing the love of God, the enfleshment of God in Christ restores fallen humanity to its true identity as the image and likeness of God in this world. Humanity restored looks like Jesus, so in effect, Christ crucified and risen is the firstborn of renewed humanity.

St Seraphim quotes an ancient hymn to that effect. It describes how sin corrupted us. This doesn’t just refer to corrupt behavior as we may think of it (e.g. corrupt government), but includes the way our sin introduced death itself into humanity. Christ undoes this, cleansing the decomposition of humankind by his life-giving union with us.

It’s significant that St Seraphim specifies the Church’s place here: the role of “the holy Church” is to celebrate the good news that Christ is restoring fallen humanity. How different this is to the unholy ways of fear-mongering, hellfire manipulation and doomsday prophecies. The Jesus Journey is always from death to life and our response is celebration!

3. The salvation of men’s souls:

“For God sent not His Son into the world to condemn the world, but that the world through Him might be saved” (John 3:17).

Salvation and restoration may sound redundant, but Seraphim invokes the words of Christ to reaffirm the reason God sent his Son into the world. Despite what Christless religion has so often proclaimed, Christ did not come to condemn and Christ did not just come to save Christians. Rather, he came to save (sozo = rescue, heal, make whole) and he did this for the whole world. Seraphim knew and had no doubt witnessed directly the corrupted message of compromised preachers. Citing John 3:17, he rejects any gospel that is not good news.

And so we, in conformance with the purposes of our Redeemer, the Lord Jesus Christ, should spend our life in accordance with this Divine teaching, so that through it we may obtain the salvation of our souls.

The Sarovite concludes with his invitation. Christ-followers are called to conform to the purposes of Christ (cf. Romans 12:1-2) … namely, to follow Jesus as living images of God’s love, active agents of God’s restoration and mediators of God’s healing into the world. That’s how Christ-followers are meant to spend their lives—that’s our vocation as the company of “the royal priesthood.” And our manual is Christ’s “divine teaching” is the life and words of Christ himself.

Finally, the language of “attaining the salvation of our souls” will sound very foreign to those of us raised in the “saved by grace alone” camp – though usually what that meant was, “saved through grace IF we say the sinner’s prayer before we die.” It may also sound cringe-worthy to those who know we have already been saved by Christ alone, through his finished work on the Cross. Seraphim knows this—but he’s referring to another, oft-neglected and biblically-based aspect of salvation. It’s related to Paul’s notion of “working out our salvation.” It goes like this:

We were saved by grace through Christ’s finished work and we are being saved by the transforming work of the Holy Spirit and we will be saved at the resurrection of our glorified bodies—salvation is past, present and future. To “obtain the salvation of our souls” relates to the fulfillment of all these aspects as “we are transfigured from glory to glory into the image of Christ” (2 Cor. 3:18) … a transformation that the apostles describe as “participation in the divine nature.” Our grace-sponsored participation in the divine life brings about the fullness of our salvation—an actual metamorphosis into our final destiny or telos. What has been received is now “worked out” until those who confess Christ and follow the Jesus Way become, in truth, Christlike in their character.

Was I saved at the Cross? Of course!

Am I being saved the grace of the Holy Spirit as I journey forward? For sure.

Have I attained the fullness of my salvation—i.e., have I completed my journey to glorification?
Of course not!

And so Paul and Seraphim both encourage us: spend your life on the Jesus Way, keep walking with the Lord to your final destination. Let nothing disrupt or dissuade you from the salvation he’s deposited in you. Surrender to grace until you are grace-filled in practice.

In this model, salvation is far more than a marriage license received at our conversion. Salvation is the life-long marriage relationship to our divine spouse through whom we become what God always intended. 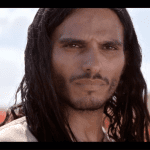 January 12, 2020 Q & R with Brad Jersak - "Were the Church Fathers anti-semitic?"
Browse Our Archives
Follow Us!

Progressive Christian
I loved Netflix Messiah. You might not if...
Brad Jersak 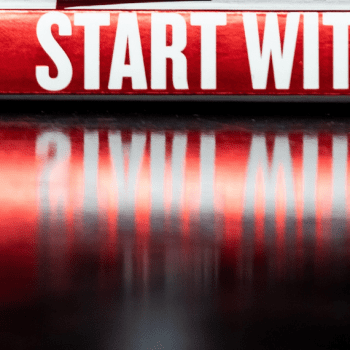 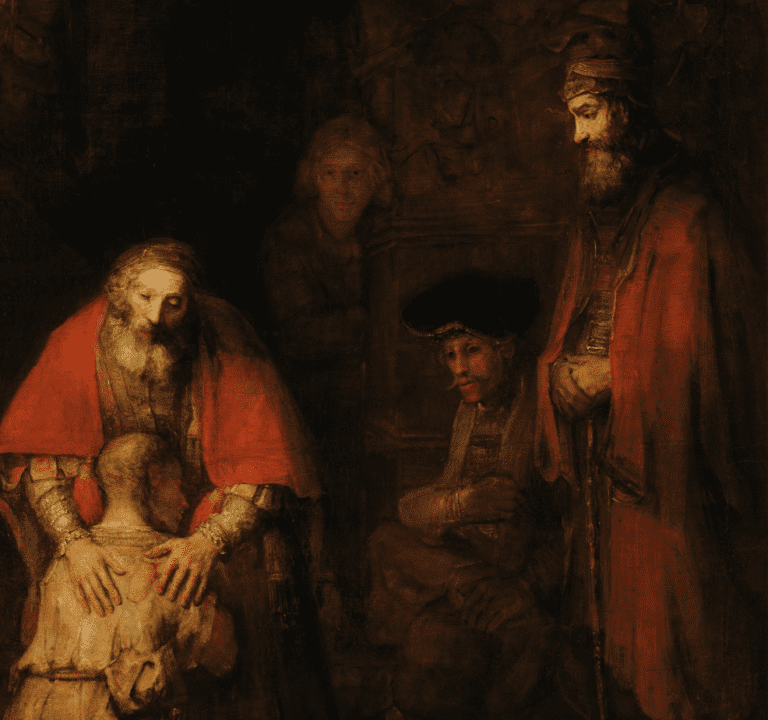 Mythicism, Isnads, and Pseudepigrapha
OK, let me begin by confessing that the pun that I originally...
view all Progressive Christian blogs
Copyright 2008-2017, Patheos. All rights reserved.