Why Did the Book of Revelation Outlast Other Early Christian Apocalypses? 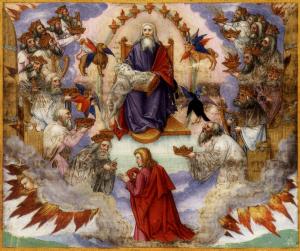 The Book of Revelation/John’s Apocalypse was not the only apocalypse read and even revered by early Christians. In the first few centuries of Christianity, it stood alongside or was replaced by other Christian apocalyptic literature, most notably Shepherd of Hermas, Apocalypse of Peter, and Ascension of Isaiah. In my dissertation, the relationship between Revelation and these other works is one of the questions I’m wrestling with in my first chapter. Why did Revelation outlast the others, becoming a sole apocalyptic member of the New Testament canon?

Of course, the overarching answer is the preservation of God’s Word by God himself. We should, at some level, grant that. But, having said that, we can also look at the works themselves and see the continuity/disparity with other biblical texts and the scope of Christian teaching at-large. It’s no stretch to wonder whether or not Revelation survived because of its robust theology and usefulness in the budding Trinitarian theology, while others fell by the wayside as their theology resembled the heretics more than the defenders of orthodoxy.

Shepherd of Hermas is perhaps the most prominent among these works, having been included in certain canonical lists and quoted often in the early church. Ignatius of Antioch rejected the book because of its failure to distinguish between the two natures of Christ.[1] Tertullian had a tentative relationship with Hermas, eventually rejecting its “liberal” views on several topics, including on remarriage and repentance,[2] while simultaneously including Revelation in an early list of authoritative books.[3] Origen and Clement of Alexandria both quoted Hermas frequently, the latter going so far as to call it divinely inspired.[4] Other early church leaders such as Athanasius, Eusebius, and Rufinus seemed to follow the Muratorian Canon thread of denying its authority but recommending it as helpful for private reading and catechesis.[5] Its relevance in the West held on for a few centuries, with Augustine and John Cassian quoting it regularly, but its use began to wane, with regular quotations beginning to decline, indicating its diminishing authority and relevance.[6] By the sixth-century, Pseudo-Gelasian Decrees outright rejected Hermas, calling it “useful only to heretics and schismatics.”[7] At least in part, we can assume that Hermas eventually fell off the canonical map due to its inconsistent Trinitarian theology—particularly its confusion of Jesus and the Holy Spirit with one another and with angels—which could not have been tolerated in the middle of orthodoxy debates about the divinity and personhood of the Father, Son, and Spirit.

Origen is accused of dabbling in universal salvation and may have had some familiarity with Apocalypse of Peter’s interesting and heretical views on the potential final salvation of Satan,[8] however these types of views on the divine judgment of God surely played a role in its eventual dismissal from Christian usage. As for Ascension of Isaiah, the Trinitarian debates had no room for its teaching that there is indeed a divine triad of Father, Son, and Spirit, but that Christ and the Spirit both ultimately worship the Father.[9] Both of these books were less widespread and influential as Hermas, but fell into the same trap of sloppy and inconsistent teachings about the persons of the Trinity, in a time when sloppy language was not being tolerated (and rightfully so!).

[2] Carolyn Osiek, The Shepherd of Hermas (Minneapolis, MN: Fortress Press, 1999), 5. Many believe part of this rejection was due to Tertullian’s later sympathy with Montanism. 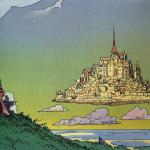 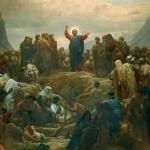 September 5, 2017 The Sermon on the Mount and Jesus's Command to "Be Perfect"
Recent Comments
0 | Leave a Comment
"How is it possible to "disprove" a heresy? It is possible to use the term ..."
gary What We Know about Arius and ..."
"Thanks to heretic Owen Strachan, it seems Arianism is making quite the comeback after being ..."
Jack What We Know about Arius and ..."
"Angels; whatever they are ...are from heaven , not of earth ... anything or anyone ..."
Stephaine A. Carter Biblical Sci-Fi? Aliens, Angels, and the ..."
"Thanks for this insight into John’s dig at Domition and Rome’s wannabe divines. Will you ..."
jeff q When the Book of Revelation Takes ..."
Browse Our Archives
Related posts from Church Grammar