But Where’s the Athame?

For many people, 2016 was an eventful year, to say the least. So much has happened and changed on both internal and external levels. I’m not alone when I say that 2016 felt like a year of death, characterized by loss, grief, and letting go. However, it wasn’t all bad as much of what I lost or let go of was necessary for my growth. Throughout the year, a major goal of mine was to let the parts (both internal and external) of my life that no longer serve me to die away. For the most part I think I was very successful in this task and one area of my life that has really transformed over this last year was my Craft. So, as we move into the new year I thought it would be interesting to take a look back at what’s happened…

Throughout the years, my practice has morphed and changed in many ways. I can still remember the equal feelings of ecstatic joy and validation when, at age 12, I discovered Wicca. I, like so many other people, had the wonderful sensation of “coming home.” For a long while, Wicca became a core part of my identity, especially at a time when I didn’t have a lot of friends and I longed to feel connected to something. Wicca provided me a sense of empowerment and belonging to something bigger than myself. However, I can also remember feeling disappointed as I became increasingly disillusioned over the years. All the books began to blend together, the Sabbats began to feel monotonous, and my relationship with deity started to feel disappointingly generic. Yet, I couldn’t quite articulate why I suddenly felt this way. I remained in that head-space for a long while, floating in stagnant water, not quite sure of where I was going. It wouldn’t be until a couple years later that my journey would begin to gain a new momentum.

My interest in Wicca began to peak again, thanks to two main sources: Thorn Mooney’s YouTube channel and my dear friend Justin’s blog. From each of them I began to have a sense that there was more to Wicca than what I had previously understood. So I began to do my own research, seeking out more sources off the well-worn Llewellyn trail. I read the works of Gardner, Valiente, the Farrars, and even some of the Sanders for good measure. I was amazed to discover how, despite it’s relatively short length, the history of Wicca was a lot deeper and more complex than I had thought. It was a bit of a culture-shock in comparison to the glossed-over version of history I had previously found in books. However, while I did find a new appreciation for Wicca, I also found that it still didn’t resonate with me spiritually. Yet, while wandering backwards in time through the history of Wicca, I discovered that there was another major path of Witchcraft running parallel to it. It was largely through the works of Doreen Valiente and subsequently Robert Cochrane, Bill Lidell, and Evan John Jones that I discovered Traditional Witchcraft. I found myself resonating on a deep level with the approach to Witchcraft that they described. To me it felt intuitive, wild, and more in tune with my own personal vision and beliefs about Witchcraft.

However, although I felt increasingly drawn to the path of Traditional Witchcraft, there were certain elements that held me back. First and foremost, I initially ran into a lot of anti-Wiccan sentiment. Whether it was in books, blogs, videos, or from personal correspondence I encountered many different disparaging messages typically branding Wicca as weak or watered-down Witchcraft. This really ground my gears as many of the people expressing these attitudes didn’t seem to have an understanding of Wicca beyond the same mass-produced 101 books I had been accustomed to. Furthermore, I found the whole competition over who is an “authentic Witch,” to be rather petty and surface-level. These arguments seemed to be based on nothing more than aesthetics: if it looks old, dark, bloody, dusty, dangerous, dirty, nasty, or otherwise involves a skull, than it must be “authentic Witchcraft.” I really didn’t understand the point of all this fighting, and it really seemed to be nothing more than what Jason Mankey has referred to as a “pissing contest.” Thus, while I was beginning to explore the path of Traditional Witchcraft, I felt fiercely loyal and protective towards Wicca. I wanted to prove those haters wrong, that the two paths were more similar than not and that their arguments against Wicca were based on misinformation. And so, when I started this blog back in August I was a Witch on a mission with a fire in my mind. My first post ended with a bold mission statement that “in order to help end this pointless feud between Wicca and Traditional Witchcraft, this blog is aimed at dismantling misinformation, presenting well-researched material, and showing how one Witch creates a synthesis of both paths.”

Since that time, almost five months ago, I think I’ve gained more perspective and cooled down quite a bit. As I’ve progressed and gone deeper in my exploration of Traditional Witchcraft, I’ve found myself feeling less defensive. I’ve let go of the fear that by pursing Traditional Witchcraft  I’m somehow betraying Wicca. I will always have a deep respect for Wicca and it will forever have a special place in my heart, for I can’t say with any certainty that I would be where I am today without it. However, I also know now that it isn’t the be-all-end-all of Witchcraft and that it just wasn’t the right fit for me. On the other hand, for me, Traditional Witchcraft makes sense and feels authentic to who I am as a Witch. Since then, my own experiences have shown me that there is a difference between the two paths and that while they do share common roots, they branch out in different directions and tend to have different focuses. Although making generalizations will always be dangerous territory and I can only truly speak for myself and my own Craft. In fact, I would go as far to say that the difference between Wicca and Traditional Witchcraft cannot truly be described, only experienced.  In terms of other people, a large part of my starting this blog was a response to what I perceived as a feud between Wicca and Traditional Witchcraft. While there will always be people out there warring over authenticity and who is a “real Witch,” I’ve personally gotten to a place where I just really don’t care anymore. At the end of the day, it’s all just Witchcraft and the only thing that matters is that you’re happy and can get results. If all you’re doing is bitching about how someone else is practicing and trying to dictate what is “real Witchcraft,” chances are you aren’t spending too much time actually practicing your own Craft.

So, the original fire that blazed within my mind  has died out and as the year has come to an end I began to wonder “Where is the Athame?” I want my blog to be an active exploration of my practice, a documentation of my experiences, research, and growth as a Witch. As it stands now, I don’t necessarily feel inclined to write about Wicca because it is no longer an active part of my Craft. I began to worry about the potential  of misrepresenting myself and the possibility of needing to change the name of my blog. However, then I began to reflect back on my journey so far and I realized just how important Wicca has been in my development and how deeply woven it is into the tapestry of my personal history. It is for that reason that this blog will always be known as By Athame and Stang. 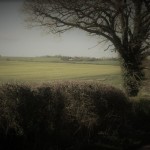 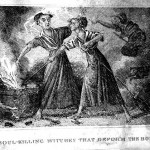